Titirimundi returns to the stage despite the rain

After two days of lots of sun and hot temperatures, on its third day, the Segovia Titirimundi Puppet Festival has been aware of the evolution of time, of intermittent storms, putting a brave face on bad weather, imaginative solutions and even launching into enjoy the magic and illusion of street puppet shows in the rain. 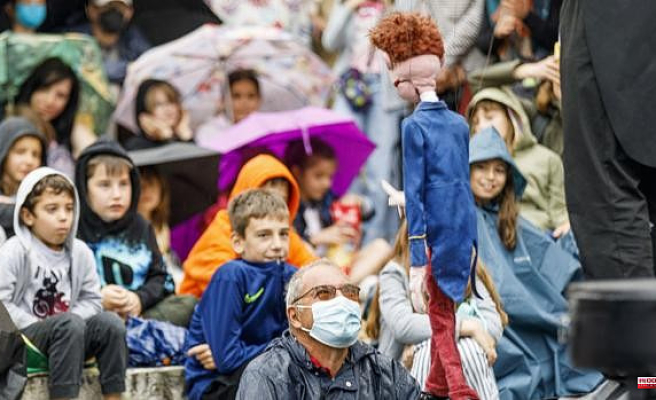 After two days of lots of sun and hot temperatures, on its third day, the Segovia Titirimundi Puppet Festival has been aware of the evolution of time, of intermittent storms, putting a brave face on bad weather, imaginative solutions and even launching into enjoy the magic and illusion of street puppet shows in the rain.

Alex Marionettes, with the virtuous Danish creator Alex Jorgensen and his faithful squire and one of Titirimundi's most beloved characters, Mr. Barti, have kept their style and, despite the rain, in the Plaza de San Martín, they took their show until the end. Mr. Barti, with his characteristic red hair and his impeccable style, always wins the hearts of all those who have the pleasure of appreciating his great talents, collects Ical.

Another of the companies very loyal to Segovia and Titirimundi, 'Los Puppeteers of Binéfar' has also tried to carry out its morning performance, in San Juan de los Caballeros, but the storm increased in intensity and forced them to stop acting.

The Sofie Krog Teater company has not hesitated to move its show to the arcades of the Plaza Mayor, in front of the Juan Bravo Theatre. This year they bring Titirimundi, 'The Quacksalver', in a creaky pop-up car full of hidden spaces, a chatty Mr. Q will tell whoever wants to listen to "the extraordinary qualities of his wonderful remedy, Wonder Tonic". This company also has shows scheduled on Sunday and Monday 16, one in the morning and one in the afternoon.

The downpours have forced the cancellation of some functions during the morning, such as the two planned in the Torreón de Lozoya patio and one in the Rueda patio, but they have been rescheduled at other times in the early afternoon. The Titirimundi organization and the volunteers looked for a way to maintain the festival, saving the chairs for the following performances.

Thus, in the Plaza Mayor, Plaza de San Martín, Plaza de Santa Eulalia, Plaza de San Esteban, in the vicinity of the Aqueduct, the puppets returned with force to Segovia on their usual dates in mid-May. With a great animation in the courtyards, which combine the beauty of Segovia's rich heritage with the art of puppet theater, in its different disciplines.

Productions by 33 companies that are displayed on regular stages such as the Juan Bravo Theater, but also on the UVA's 'María Zambrano' campus or the Sala Sirenas of the Casino de la Unión. For Sunday May 15, the Festival has scheduled around 40 performances. Dates with Bakelite, Scarlet Circus; salamander; bitonium; Jaleo Theater; swallow; Sabatini brothers; Pavel Smid; the Flea Circus; Puppeteers of Binéfar or Du Bruit dans la tete

1 The abortion veto would trigger the trafficking of... 2 Ukraine from Washington 3 Finland and Sweden plan to apply this week to join... 4 Johnson proposes a "bonfire" of European... 5 Biden y Draghi: 6 Musk to reverse decision to ban Trump from Twitter 7 Ukraine interrupts the transit of a third of the Russian... 8 Dismantled a network of 9 War Ukraine - Russia today, live: latest on the invasion,... 10 Why have the Filipinos elected a 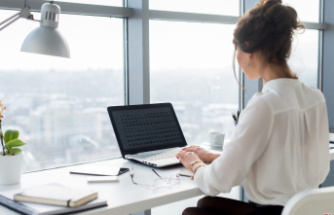 2022 income tax: when is your filing deadline? The calendar 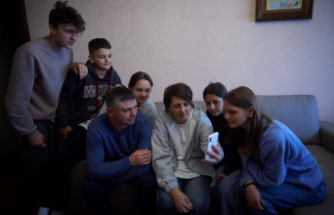 “The world is collapsing”, around 60 million displaced people in the world (NGO) 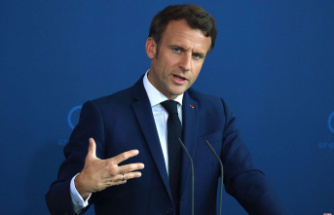 RSA: paid against minimum activity? What goal for Macron? 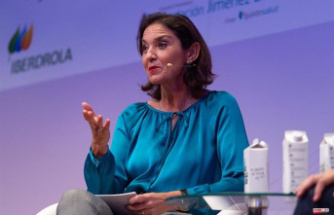 Spain will stop requiring the Covid certificate from tourists from outside the EU "in a matter of days", according to Maroto
BREAKING NEWS HEADLINES 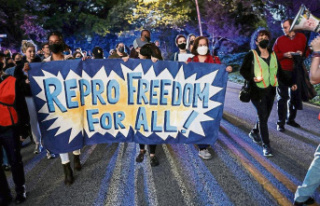 The abortion veto would trigger the trafficking of...