Match Group, the parent company of dating sites Tinder and OkCupid, filed a lawsuit against Google on Monday, accusing it of abusing its dominant position on phones, the latest episode in the rebellion of application publishers against the giants of the Internet. 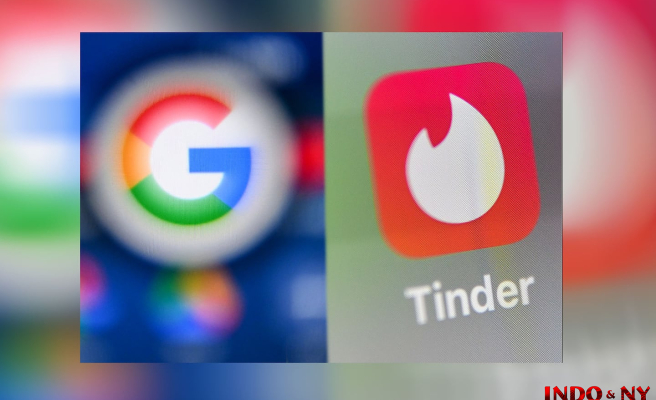 Match Group, the parent company of dating sites Tinder and OkCupid, filed a lawsuit against Google on Monday, accusing it of abusing its dominant position on phones, the latest episode in the rebellion of application publishers against the giants of the Internet. technology.

• Read also: Tinder users will be able to check the criminal records of their “matches”

• Read also: In the United States, romance scams on the rise during the pandemic

"Google almost completely dominates and controls the market for the distribution of applications on Android", the mobile operating system of the overwhelming majority of smartphones in the world, explains Match Group in its press release entitled "End the Google Tax" (" End the Google tax”).

“And he abused his power to the detriment of users and app developers in various ways,” continues the group specializing in dating apps.

Match Group criticizes Google for taking advantage of its dominant position on mobiles to impose rules that it considers unfair, and that it cannot circumvent unless it gives up on the majority of its users.

The company decided to file a complaint because of a recent change in the regulations: until now, some of its applications offered an alternative payment system to that of the Play Store (the platform for downloading apps on Android).

But that possibility will disappear, explain the lawyers in documents filed Monday with a Californian court.

They are asking the court to force Google to let Match offer its alternative for payments in its apps - and thus escape the 15 or 30% commission charged by Google on transactions.

Match Group is "running a self-serving campaign to avoid paying for the significant value it generates from the mobile platforms on which it has built its business," a Google spokesperson said.

Affected apps may only pay "15% commission on digital subscriptions, the lowest rate of the major platforms," ​​he said.

“Regulators are taking a close look at Match Group over potential misleading subscription packages. And with this complaint, they continue to put money before protecting users,” said the Google spokesperson. “Like any company, our services are paid, and like any responsible platform, we protect users against fraud and abuse in apps,” he added.

If justice does not intervene, and if "Match Group does not comply with Google's policy change, Google has made it clear that it will remove Match's apps from Google Play", worry Match lawyers at the end of the complaint.

They accuse Google of “threatening to sentence Match Group to death, a threat” already “executed against another developer, Epic Games”.

In this case, "more than a billion users of Android devices worldwide could no longer have access to Match Group's apps", they detail.

Google already allows users to download an application without going through its store, but the latter remains the preferred method for most of them.

Video game publisher Epic Games (Fortnite) engaged in a legal tussle against Google and Apple in the summer of 2020 for reasons similar to those cited by Match.

In November, a US federal judge ordered Apple to allow an alternative payment system within the App Store, but also ruled that Epic had failed to prove that Apple had violated antitrust law. .

1 Killer cells that prevent metastasis 2 Ready-to-eat waffles on the test bench 3 Autobiography of Yves Duteil: Of love and freedom 4 Walk in the woods 5 Take the risk of dropping everything 6 Isabelle Deschamps Plante and Mila, Siberian cat 7 Turning hypersensitivity into a strength 8 A thrilling psychological thriller 9 Oil companies swim in profits 10 Rise in the price of diesel: MTQ sites paralyzed if... 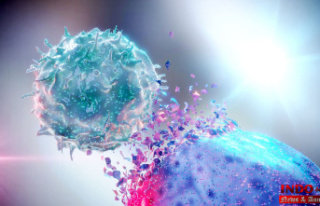