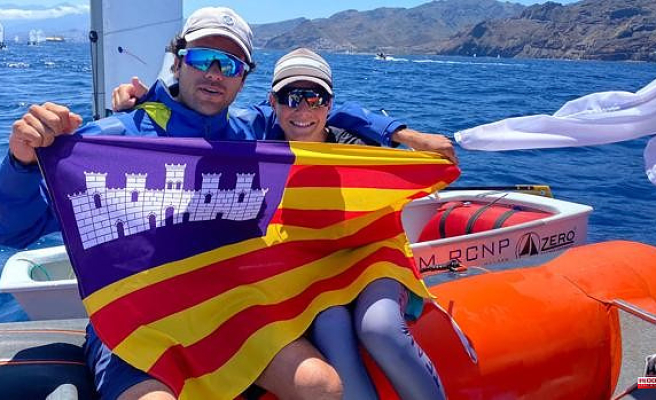 The lack of wind has prevented completing the program of nine tests, of which only four have been completed. Tim Lubat has won two firsts, a third and a fifth, which has allowed him to obtain a four-point advantage over the second classified, Ignacio Fernández Sánchez (Club Náutico de Puerto Sherry), and the third, Hugo Rodríguez Pascual (CN Arenal). ), tied for the podium.

Tim Lubat is one of the athletes with the most projection in Balearic sailing.

Last year he ranked fourth overall in the Optimist World Championship. His coach, Jaume Genovard, who was also the coach of the European champion Xavier Garcia Ollé, was very proud of the performance of the RCNP team.

"It has not been an easy regatta due to the lack of wind, but we have managed to place four of our eight sailors among the 20 best in Spain", said Genovard, referring to Juan Bennàssar's seventh place, and Nikko Palou's sixteenth. and the twentieth of Ignacio Martín.

The new champion of the Spanish Cup is an athlete “with natural talent and a great desire to improve; if they let him train every day, he would not hesitate to do so”, added the RCNP coach.

1 The “Decoexsa” won the third edition of the EKP... 2 Fall in the North River: the search is still underway... 3 Hindley crowns the iconic Blockhaus and Juanpe suffers... 4 Montpellier-PSG: Mbappé, a star at the center of... 5 Sweden's ruling party supports applying for NATO... 6 Fencing: Cannone wins his first World Cup victory 7 Ligue 1: Bordeaux striker M'Baye Niang dismissed... 8 The Treasury closes the May auctions next week, reopening... 9 Paris FC-Grenoble: "They will not come to shop... 10 PMU - Arrival of the quinté of Friday May 13 at Vincennes:... 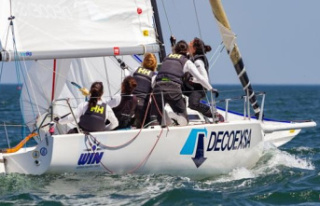 The “Decoexsa” won the third edition of the EKP...