Those who oppose secession continue to be the target of political violence in Catalonia: 89% of cases

"A year of continuity, of strengthening a model of violence and ideological hatred established", which is linked to current politics, with the constitutionalists as an objective, the multiplication of hatred through social networks on the Internet and, once the high point of the 'procés' and the consequences of the Supreme Court ruling, now focuses on focusing its violence on the linguistic field. 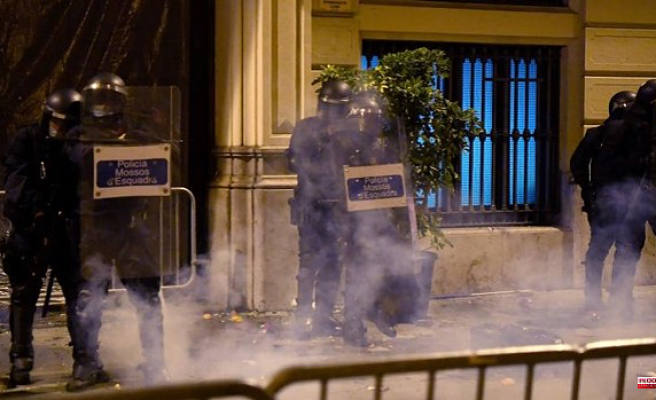 "A year of continuity, of strengthening a model of violence and ideological hatred established", which is linked to current politics, with the constitutionalists as an objective, the multiplication of hatred through social networks on the Internet and, once the high point of the 'procés' and the consequences of the Supreme Court ruling, now focuses on focusing its violence on the linguistic field. Roughly speaking, this is the summary on political coercion in Catalonia that includes the 2021 report prepared by the Civic Observatory of Political Violence in Catalonia.

Although political violence decreased by 7.63% compared to 2020, there was a slight increase in proportion in harassment, intimidation and accusations, and a greater incidence of these in areas related to education, according to the 'Report on violence politics in Catalonia' released this Friday.

In total, 351 cases of violence were recorded in 2020. Almost one politically based outrage per day. And, above all, with a very clear pattern: establishment of Hispanophobia and hatred of Spain and the Spanish language. The data leaves no room for doubt.

“Of the 351 confirmed cases, a total of 312 cases can be directly or indirectly attributed to supporters of the secession of Catalonia, while one case is assigned to people or groups opposed to secession. The possible identity of the aggressors could not be defined in a total of 38 events. That is to say, 88.89% of the incidents have been caused by people or groups of secessionist origin (91.84% in 2020), 0.28% by people assigned to the sector opposed to the independence of Catalonia and 10. 83% of the incidents cannot be attributed to either of these two blocks," says the report, coordinated by Carlos Silva and Montserrat Ginés.

Coercion of supporters of secession amounts to almost 10% of cases, when in 2020 it was 6.84%, but with one note not least: the aggressors are mostly also supporters of the independence of Catalonia. "Secessionists have suffered 9.97% of the attacks, with 8.54% of incidents perpetrated by the most radical sectors of separatism that reproach other separatist parties for their pusillanimity or lukewarmness", recall the authors of the study, who with the one for 2021 is in its third annual edition. "Of the 35 cases registered in this block, 30 are attributable to secessionist aggressors, one to anti-secessionist aggressors and four are of undetermined origin," they add.

On 261 occasions, 74.35% of the incidents, the victims have been identified as constitutionalists. And only in one case (0.28%) has the aggressor of an independentist (an elderly man who sent a threatening letter to the president of the Generalitat, Pere Aragonès) been from the anti-secessionist field.

Based on these data, the report highlights that there is a clear Hispanophobia fueled by some media and social networks on the Internet: «The model of political violence and ideological hatred in Catalonia is a phenomenon that revolves around two main axes. On the one hand, the outbursts of real physical violence, of greater or lesser intensity, in sync with current political events throughout the year. On the other, the recurring hate speech and Hispanophobia in the media and networks, which discursively underlines, collaborates, complements, feeds and sustains the real violence that occurs in street riots, attacks on political formations and harassment of people, entities and authorities annoying to the secessionism of political power».

This violence is not new to 2021, the year analyzed by the report, or to a specific month or moment. The authors of the study warn that "it is a phenomenon sustained over time throughout the year." Throughout the analyzed period "there have been incidents with greater or lesser intensity in every month." Even so, there are temporary peaks of violence. If in 2020 it was the month of October that took the 'honours' of being the most violent period, in 2021 it was the month of February: "It recorded the moments of maximum tension in the streets, with 72 incidents, around the Serious disturbances after the conviction and imprisonment of Pablo Hasél for glorifying terrorism and insulting State institutions.

And after February, the month of December: "With 43 incidents, mostly related to the campaign of harassment of the Canet family that demanded the application of the judicial resolution on 25% of classes in Spanish." This, the linguistic reason, is an aspect in which the signatories of the study affect. «The victimization strategy of secessionism in the near future: the linguistic flag», they point out, since the 'procés' has entered a phase other than that of street agitation.

The 'Report on political violence in Catalonia' also breaks down coercion geographically. Political violence is essentially "a Barcelona problem." A comment that coincides with what was happening in 2020. Barcelona and its province continue to be the 'ground zero' of the most violent independence movement. This area goes from concentrating 71.11% of the localized incidents in 2020 to 79.75%.

The study, which details the ideological origin of the aggressor, but also that of the victim and the reasons, specifies that constitutional entities suffer 90.91% of the attacks. «The political parties of the constitutionalist arch take the lion's share with 96.96% of the aggressions and 100% of secessionist aggressors». The CUP and Junts have not suffered attacks; on the contrary, they are clearly harmed by political violence Vox, 44.78% of the total, and PSC, 37.32%. On the other hand, from one year to the next, a decrease in campaigns against the King has been detected (from 39.04% in 2020 to 10.87% in 2021) and an increase in incidents related to the different security forces (from 13.09% in 2020 to 26.08% in 2021).

The Civic Observatory of Political Violence in Catalonia is an independent study group with no partisan affiliation, the result of collaboration between the Impulso Ciudadano association, a constitutional entity committed to the defense and promotion of democratic values, and the Movement Against Intolerance, human rights organization specializing in the fight against hate crimes.

The information for the preparation of the study is collected, as specified in the report, through detailed monitoring of news in the press, digital media, internet social networks and communications from political parties and social organizations. In addition to the two coordinators, who are professors, the report is prepared by eight more people from different professional fields, especially law and academia.

1 Many tactics used to counter inflation 2 United States: the shortage of baby milk could last 3 One last chance for the Bruins 4 Difficult series for Jesperi Kotkaniemi 5 Montreal-born Christopher Boucher will lead the Canadiens'... 6 Maple Leafs demons are aging 7 The British press generates alarmism due to the loss... 8 Finland, the leading country in world rankings that... 9 Ukraine destroys part of a Russian armored column... 10 Oil embargo against Russia puts EU unity to the test 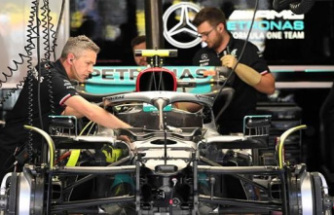 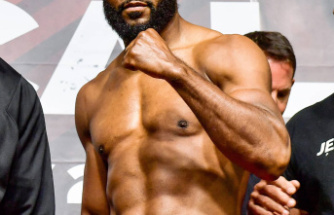 "It's not a two of spades" -Jean Pascal 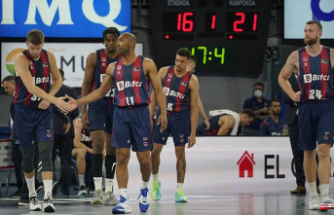 The notes of the regular phase 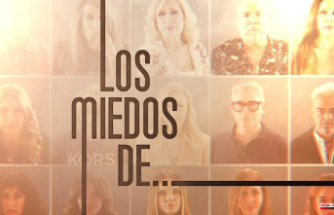 Camels: «It is very cool that you are valued in your city»
BREAKING NEWS HEADLINES 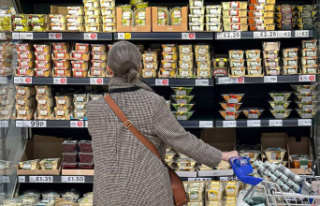 Many tactics used to counter inflation