Those affected by the volcano "stunned" by the Ombudsman: "he didn't even come out to say hello for us" 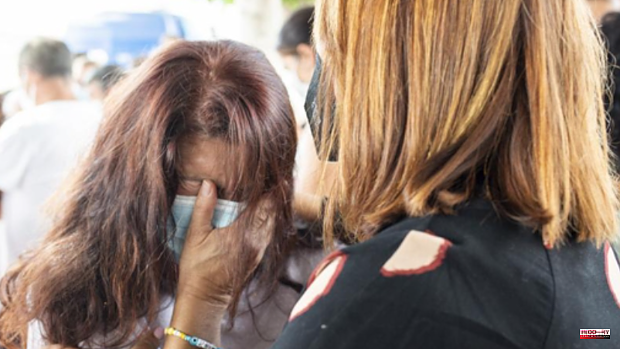 Stunned. This has been declared by those affected by the La Palma volcano, who have seen how the Ombudsman received those responsible for local and island administrations on Monday.

The first thing that strikes the more than 7,000 people affected by the 'Citizen Support Initiative for the La Palma Volcano' is how politicians have been received at the headquarters of this organization, personally by Ángel Gabilondo, with "different interventions institutional, press statements, food, hype, saucer and botafumeiro", when by the spokesman for the initiative and also affected by the volcano, Óscar Martín Portal, "he did not have the little empathy to go out, not even, to say hello".

They also appeared at the same headquarters, to present 14 demands to the administrations, endorsed by all the associations, groups and platforms that were created after the eruption, as a response "to the abandonment that those affected suffered, and that had generated an emergency social, typical of an underdeveloped country, which still persists today for the majority of those affected", recalled Martín Portal.

Gabilondo on that occasion, "sent an employee from his press office, more to spy on what he declared in the media, than to take into account what was denounced" .

It was in January, they recall, that the representatives of this initiative and at the Ombudsman's headquarters "we were only given the opportunity to register the manifesto in a corridor", with "a table that had been set up there for the occasion, where there wasn't even a chair to sit on."

On the other hand, this Monday, June 6, those affected by the eruption, still without housing resources in many cases, experienced a day of “large-scale institutional posturing”, which is “the only definition that comes to mind for those of us who have lost all".

Ángel Gabilondo, they denounce, "meets with the defendants and ignores the plaintiffs", so they hope that it will be "the other power of the State, the judiciary, which repairs the damage that has been caused to the victims by the executive and the legislature.

For the Initiative, the political leaders “must sit on the bench” because although they claim to represent us, they have the proven patrimonial responsibility that they acquired by not informing the population in a timely manner, of a fact that they had known for four years before the eruption” , even denying the evidence, they say "when the population began to feel the tremors, while they informed their family and friends of the imminence of the catastrophe".

If this is not the case, assures this union of neighbors, "we will have to transfer those demands to the European institutions and courts", because palm growers and palm trees "are going to fight until the end to recover what we should never have lost, because of the negligence of those who claim to represent us.

They are disappointed by what they saw on Monday, since doubt is inevitable. "Is this institution and its highest representative really the Ombudsman or are they the Political Ombudsman?" Spokesman Óscar Martín Portal questions, because in addition to the "difference in treatment", which is "the least important thing", states, "the really important thing is that 6 months later nothing has been done about it by this institution or at least we have not been informed", beyond "requesting a report that the politicians will have already taken care of making up, to demonstrate how well they are doing everything", and that in his opinion "will not reflect at all the social emergency that the inhabitants of the island of La Palma are going through".

1 Importaco increases its turnover by 9% to 721.7 million... 2 They intervene 554 marijuana plants and arrest a man... 3 The call for the aid of the Children's Bonus... 4 The Parliament approves the law of official languages... 5 At least one dead and 30 injured in a multiple hit-and-run... 6 These are the pensions that are not taxed in personal... 7 The OECD lowers the growth of Spain by 1.4 points... 8 Virtual operators outperform traditional operators:... 9 The price of housing closes the first quarter with... 10 Berlin: Vehicle crashes into pedestrians, reports... 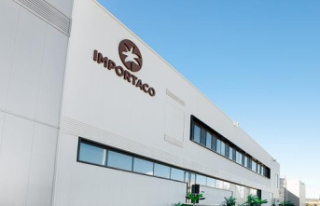