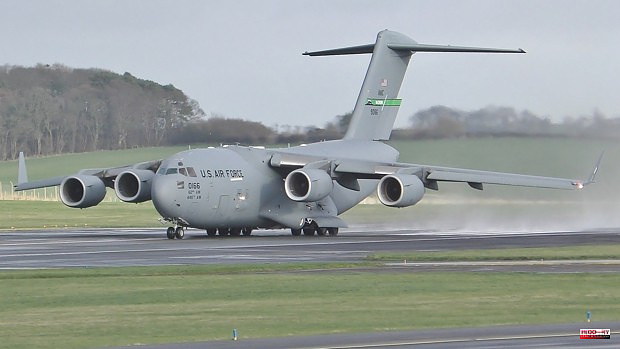 Glasgow, Rome, Geneva... There are numerous occasions in which the impressive deployment of security dragged by the most powerful man in the world has been demonstrated. The endless procession of vehicles that accompany Joe Biden's 'The Beast' often attracts the attention of passers-by, drivers and journalists wherever they go.

The international movement of the president of the United States implies a real logistical nightmare: 40 or 50 vehicles (including two identical Cadillac Ones to mislead possible attackers) and around 100 people, in addition to the Police and the Secret Service.

On the occasion of the NATO summit in Madrid, on June 28, 29 and 30, the US delegation, led by President Joe Biden, will move a fleet of between 45 and 50 vehicles that They will be transported to Spain aboard a Boeing C17 Globemaster III.

The aircraft has a cargo capacity of more than 77 tons and a length of 53 meters. Enough to transport the automotive jewels of the Democratic Administration.

In 2017, during Donald Trump's tour of Asia, the US Secret Service shared images on social media of how the US President's fleet of vehicles is transported around the world. It is a Boeing C-17 Globemaster III, a long-range heavy military transport aircraft developed in the 1980s and 1990s for the United States Air Force (USAF).

Designed to carry up to 77,519 tons, it is used by countries around the world to transport troops and cargo. The Boeing C-17 Globemaster III, military gray, is the plane that the US used to evacuate Afghans from Kabul in August 2021, but also the same one that is in charge of the world transport of the fleet of vehicles of the president of the United States and the one that will bring 'The Beast' to the NATO summit in Madrid.

According to data from the US Air Force, the aircraft is designed to carry up to 77,519t of cargo. Armored vehicles — such as Joe Biden's 'The Beast' and his entourage — trucks and even the 70-ton M1 Abrams battle tank can go aboard the ship. The crew is made up of three people (two pilots and a loadmaster) and the plane is filled via a loading ramp at the rear. It has a capacity of 188 passengers and a cruising speed of 906 kilometers.

It is powered by four engines and has a global range with mid-flight refueling. It can take off from a 2,135 meter airfield, fly 2,400 nautical miles and land at an airfield less than a kilometer and 27 meters wide. Also, it can operate on unpaved runways.

The C-17 has been operated since 1993 by the United States Air Force, the British Royal Air Force, the Royal Australian Air Force and the Canadian Forces, as well as NATO and the Armed Forces of Qatar and the United Arab Emirates. However, it is a model that is no longer manufactured. In September 2013, Boeing announced the definitive closure, for the year 2015, of the production of the C-17.

1 Biden's 'Air Force One', the most recognizable... 2 Innovative entrepreneurship shakes off the fear of... 3 Textile sales, in tension due to inflation and the... 4 A huge security and logistics device travels with... 5 'The Beast', Biden's armored limousine... 6 The Mobile World Congress will continue in Barcelona... 7 Engineers advocate reopening rail tracks for freight 8 Castilla y León remains in the national political... 9 Jill Biden arrives in Madrid, where she will have... 10 What is NATO and what is this organization for? 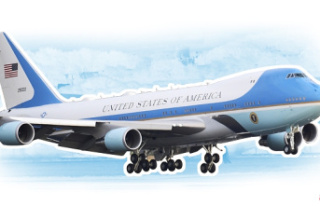 Biden's 'Air Force One', the most recognizable...