This is the judicial “ordeal” to enter the National Police

Entering the National Police has become a real obstacle course in which thousands of people not only have to pass the physical, medical, theoretical and psychotechnical tests of these oppositions. 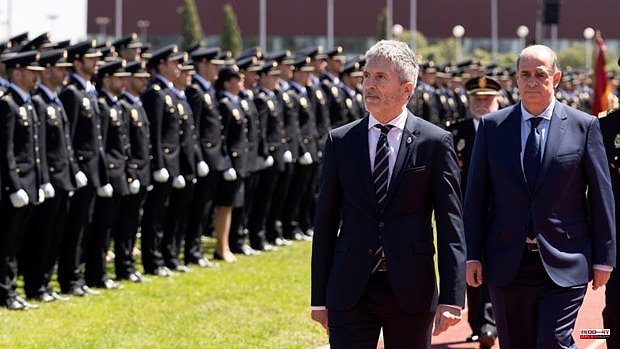 Entering the National Police has become a real obstacle course in which thousands of people not only have to pass the physical, medical, theoretical and psychotechnical tests of these oppositions. Also a much more difficult, more expensive and longer one: invest several years of your time and up to 6,000 euros of your pocket so that Justice amends the General Directorate of Police (DGP) over and over again for ruling them out of those oppositions without reason. justified.

A situation that affects not only thousands of applicants throughout Spain, but also their families, who suffer with them the economic, personal and labor consequences of this long legal journey due to errors and arbitrariness of the DGP itself.

These are the three most paradigmatic cases suffered each year by those applicants who are discarded by the Police for reasons that always end up in court, which in most cases agree with those affected:

After passing the physical tests, the opponents arrive at a multiple-choice spelling exam in which they must answer whether 100 words are spelled correctly or incorrectly. The problem is that the DGP poses and corrects several of these questions against the criteria of the Royal Spanish Academy of Language (RAE), which causes it to give wrong answers that are actually correct.

Although those affected appeal to the DGP itself with expert reports that show these errors, it ignores them, forcing opponents to go to court. Thus, for example, the Superior Court of Justice of Madrid (TSJM) recently annulled four questions from the 2020 spelling test that the DGP insisted on correcting against the RAE. And the same thing has happened again in 2022, when hundreds of applicants have also resorted to three other questions from that same test that the DGP gave them for bad and that experts in the field consider correct.

Those who manage to approve the spelling directly or after several years waiting for the Justice to agree with them then face a personal interview in which many of them are discarded without any objective criteria, but rather arbitrarily.

This has also been confirmed by the TSJM, which has already canceled more than 400 of those interviews in recent years. And more and more, because there are still hundreds of appeals left that will be resolved in the same way following its own jurisprudence. Even that of the Supreme Court, which has already made it clear that in this type of evidence capricious or arbitrary criteria cannot be applied to rule out opponents, as the DGP has been doing for years. With the current government (PSOE-United We Can) and with the previous one (PP), which have allowed this arbitrariness in oppositions that depend on the Ministry of the Interior.

ABC has collected the testimony of many affected, all of whom agree in describing these interviews as "outrage, ordeal and humiliation." The DGP has begun to record them in recent years to try to reduce the discretion of its interviewers, but it continues to suffer dozens of judicial setbacks.

The last test police applicants must pass is a psychometric test. If they approve, they get the place and enter the National Police School (Ávila). Also in this phase, many find themselves with a grievance caused by the aforementioned anomalies in the two previous tests, since they arrive at the psychotechnician three or four years after their due date, because the DGP unfairly discarded them earlier.

All this causes that in this last exam applicants from up to four different promotions come together: those of that year and those of three previous calls readmitted by judicial sentence. And also with very different cut notes between one and the other. Thus, for some who were already unfairly discarded in the spelling test or in the personal interview, when they arrive at the psychotechnician, almost a minimum of 7.4 is required to get the place, while others are worth a 4. scraping and even less, despite the fact that the exam is the same for everyone.

The TSJM does allow the General Directorate of the Police to apply this difference in standards to the psychotechnical test, which thus again harms opponents whom the DGP itself had unfairly ruled out several years before before reaching that test. That is why those affected have taken this grievance to the Supreme Court, which will have to decide first if it accepts that appeal for processing and, in that case, go into the merits of the matter.

All this, completely unrelated to an already demanding opposition, is what more and more people suffer in a massive selection process to access public employment. Meanwhile, the General Directorate of the Police continues to lose hundreds of sentences due to its own errors and arbitrariness, which nevertheless continue to be repeated year after year.

1 Delgado faces his first Fiscal Council after the punishment... 2 The Bildu-Sánchez pact in the Democratic Memory Law... 3 Carmen de Rivera: «The best thing about Ciudadanos... 4 Spain and the US resume dialogue after an agreement... 5 The murderer of the Lardero boy, transferred to Logroño... 6 There is a message for you: celebrities learn to monetize... 7 30 percent more lifeguards and surveillance even by... 8 Lasso retains the presidency and defeats the opposition... 9 Jesús Urrea receives "satisfied and proud"... 10 Veganzones fear that inflation will stop the good... 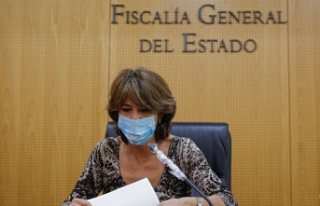 Delgado faces his first Fiscal Council after the punishment...