The day after, a sea of ​​candles and flowers reminds of what happened on Monday in Illerkirchberg near Ulm. 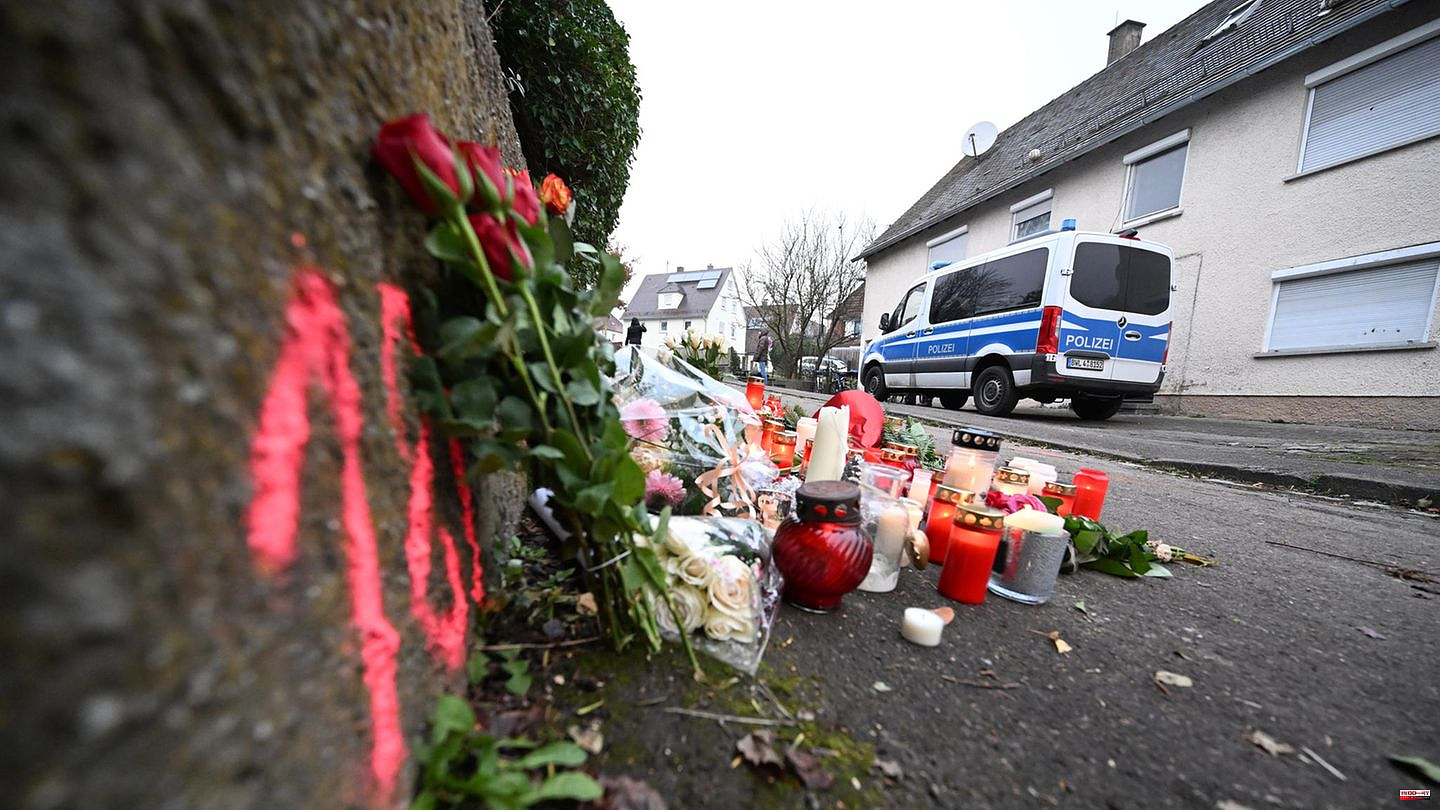 The day after, a sea of ​​candles and flowers reminds of what happened on Monday in Illerkirchberg near Ulm. The community with its 5,000 inhabitants has become the scene of a crime that – it can be assumed – will occupy the whole country for a long time to come. A 14-year-old schoolgirl is dead, allegedly stabbed to death on the street by a 27-year-old man. The police arrested him shortly after the crime, in the house directly opposite the candles and flowers in a side street in the southern district of Oberkirchberg, in the local refugee shelter.

There is disbelief, anger and sadness - not only in Illerkirchberg, but far beyond. And there are many questions. Questions that the public prosecutor's office and the police will have to answer in the coming days and weeks. Because despite the quick arrest, a lot is still unclear the day after the bloody crime. This is known about the case on Tuesday afternoon:

On Monday evening, the public prosecutor's office and the police announced their first investigation results. According to this, the emergency services were alerted by witnesses around 7.30 a.m. because the later fatality and a 13-year-old schoolmate were attacked and injured by a man with a knife. Both girls were taken to a hospital.

An eyewitness told Südwestrundfunk (SWR) that he had heard noises. He checked and "there the girl was bleeding on the floor with a huge stab wound in her stomach. A second had injuries below the chest, a stab wound. She was completely dissolved."

The star reports extensively on the deadly attack from Illerkirchberg:

The attacker is said to have come from a refugee accommodation in the immediate vicinity of the crime scene before the attack and fled back there after the crime. The accommodation was then surrounded by officials. "When the police searched it with special forces, they found three residents there, all asylum seekers from Eritrea," it said in a statement. "She took two with her to the police station. The third was injured and needed medical attention." The injured person is the man who is said to have committed the crime.

Both girls are students who were on their way to school together. "After the attack, the 14-year-old had to be revived at the scene before she was taken to the clinic, where she died despite all medical efforts," said the police and prosecutors. According to information from the Baden-Württemberg Ministry of the Interior, she is a German citizen with Turkish roots. The autopsy of the body should now bring clarity to the exact cause of death. The younger of the two, also a German, was seriously injured, but according to the police, was not in mortal danger.

According to the authorities, the 27-year-old, like the other two arrested people, lived in the refugee accommodation in Illerkirchberg. All three men are believed to be from Eritrea in northeast Africa. Their residence status is not publicly known. According to the public prosecutor, the suspect has only been noticed once for driving without a ticket, but not for violent crimes. The possible murder weapon, a knife, was secured in the refugee accommodation.

After his arrest, the 27-year-old was injured and taken to a hospital for hours of surgery. He probably injured himself with the knife, said a police spokesman for the DPA news agency.

The suspect is in the clinic under police surveillance. According to current knowledge, the other two men have nothing to do with the crime, they are free again

Not yet. Although the suspect had already been questioned, he did not provide any information on the matter, said a spokesman for the Ulm public prosecutor's office on Tuesday morning. It was not known whether the victim and the alleged perpetrator knew each other. The spokesman went on to examine the application for an arrest warrant. However, there is also the possibility that the suspect has reduced or no criminal responsibility at all, for example because of a mental illness. For this purpose, an expert opinion on the condition of the 27-year-old should be drawn up.

"The police emphasize that they are aware that events of this kind stir up fears and emotions. They therefore ask that no general suspicion be raised against strangers, those seeking protection or asylum seekers in general, or that such suspicions be abetted or supported," the investigators explained Investigators - but in vain. AfD politicians such as the parliamentary group leader Alice Weidel, in turn, addressed exactly this aspect in statements.

Shortly after the crime, xenophobic comments began to accumulate on social networks, and a stern reporter also reported on Tuesday morning that there was a sometimes racist mood in Illerkirchberg.

Local, state and federal politicians expressed their horror at what was happening in the community. According to SWR, Illerkirchberg's mayor Markus Häußler (independent) said his community was in shock. The affected families will be supported. "It's fertile," the "Southwest Press" quoted him as saying.

Federal Interior Minister Nancy Faeser also spoke up on Monday evening and expressed her sympathy. "I mourn the girl who was killed and sincerely hope that the injured girl will recover," wrote the SPD politician on Twitter. "My thoughts are with their families at this time. The police are investigating all the backgrounds at high pressure."

Baden-Württemberg's Interior Minister Thomas Strobl (CDU) explained: "This act moves us deeply when the life of an innocent child is so brutally wiped out. Our thoughts are with the parents, the family, the survivors of the dead and with the young girl's classmates and friends. Our heartfelt sympathy goes to them (...) Together with the public prosecutor's office, they (the police, editor's note) are working flat out to solve the crime. And we're going to get this bad one enlighten the deed completely."

Strobl wanted to visit and pause at the crime scene on Tuesday afternoon together with the Turkish Ambassador Ahmet Basar Sen and Mayor Häußler.

1 In Munich: "Behind the crash barrier": climate... 2 After Bierhoff-Aus: Matthias Sammer can apparently... 3 VfL Bochum: These are the transfer plans for the winter 4 "The Flash": Superhero film starts earlier... 5 Margot Robbie's Pirates Of The Caribbean Offshoot... 6 Cum-Ex process: Prosecution calls for nine years in... 7 Ifo survey: economists for higher taxes on very high... 8 Sick healthcare: "The hospitals have serious... 9 US actress: Julia Roberts wears a dress with photos... 10 Amal Clooney: For the twins, dad George is the hero 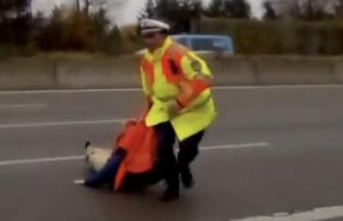 In Munich: "Behind the crash barrier": climate...