This Friday night the new ornamental lighting of the Roman Bridge of Talavera de la Reina was inaugurated, a project that arises from the collaboration agreement signed between the Talavera City Council and the Iberdrola Foundation in May 2021 and whose investment has amounted to 80,000 euros . 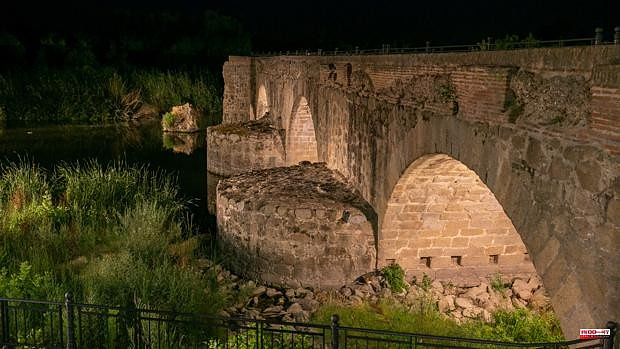 This Friday night the new ornamental lighting of the Roman Bridge of Talavera de la Reina was inaugurated, a project that arises from the collaboration agreement signed between the Talavera City Council and the Iberdrola Foundation in May 2021 and whose investment has amounted to 80,000 euros .

The regional president, Emiliano García-Page -present at the event- has shown his gratitude to Iberdrola "for the illumination and for the social collaboration" that they maintain with the region. "You are always willing to collaborate," he pointed out, while announcing that La Colegial de Talavera will also have new lighting in 2024, in collaboration with Iberdrola.

Page has reviewed other projects that are already in the pipeline such as the Arab Bridge in Guadalajara or the Campo de Criptana mills.

"The light and the effect it produces on citizens, as soon as they see a monument lit up, will reinforce their feeling of collective self-esteem, and that influences their state of mind," he stressed.

The Old, Roman or Santa Catalina Bridge as it is also known, is one of the most representative works of civil architecture in Talavera de la Reina, which has served as the main access to the city through its southern sector with land means until a new bridge, popularly known as 'the iron bridge', was built in 1908.

Now it has been provided with ornamental lighting that enhances its most emblematic architectural elements, with a warm and soft light, and that will contribute to enhancing this bridge classified as an Asset of Cultural Interest (BIC) in May 2021.

The lighting design has been marked by the utmost respect for the Bridge, since heritage conservation aspects prevail, since the bulk of the luminaires are located outside the monumental area, taking advantage of existing installations.

25 spotlights have been installed to illuminate this structure in both perspectives (upstream and downstream). They have been fitted with anti-glare accessories with super intensive optics to achieve uniform lighting.

The total installed power is 3,096 watts and the latest LED technology has been used that improves color rendering, unifies color, minimizes light pollution and improves maintenance; some works that have been carried out by the Valdepeñera company Energías Jesús Bárcenas, S.L.

During this act, which took place in the Ethnographic Museum of the City of Ceramics, the regional president was accompanied by the mayor of Talavera de la Reina, Tita García Élez; the president of the Iberdrola Spain Foundation, Fernando García; the Deputy Minister of Culture, Ana Muñoz; the delegate of the Board in Toledo, Francisco Javier Úbeda, and the director of the aforementioned Museum, Jesús Mejías.

1 The PPdeG fears that the Avril trains will be relegated... 2 Fuensalida will celebrate the 1st Condale Conference... 3 The tears of Manolo Partearroyo in the proclamation... 4 The vice president of the Board links depopulation... 5 Bagnaia achieves pole position in Assen 6 This will be the new flags for colorblind people on... 7 Castilla-La Mancha registers two new cases of monkeypox... 8 A 15-year-old boy, about to strangle himself with... 9 They ask for five years in prison for an Imam who... 10 They rescue a 13-year-old boy who had fallen with... 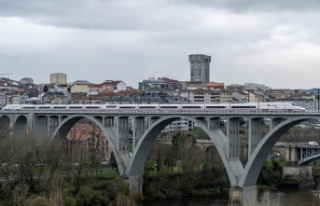 The PPdeG fears that the Avril trains will be relegated...