12:00 noon this Friday, May 27, is the appointment for the twenty crews that will compete over three days in the fourth edition of the 'Málaga Sailing Cup' regatta, which has its base of operations in the RC Mediterráneo de Málaga, organizer of the race jointly with the firm Eventos Náuticos Costa del Sol. 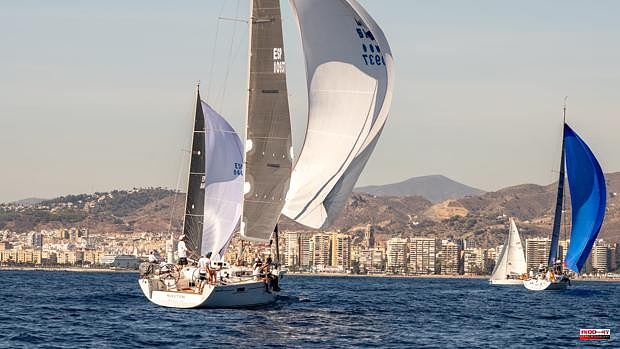 12:00 noon this Friday, May 27, is the appointment for the twenty crews that will compete over three days in the fourth edition of the 'Málaga Sailing Cup' regatta, which has its base of operations in the RC Mediterráneo de Málaga, organizer of the race jointly with the firm Eventos Náuticos Costa del Sol. The regatta has the endorsement of the Spanish and Andalusian federations, being a scoring race for the national and regional circuits of ORC Cruises.

The regatta officer of recognized prestige, Ariane Mainemare, will be the one who makes the final decisions at sea, based on a sports program that includes technical tests (windward/leeward) for Friday and Sunday and a coastal test on Saturday.

Different formats to be as fair as possible between a fleet of different lengths that will match the time correction or compensated time.

Among the largest boats there will be 'Ciudad de Melilla' owned by José Luis Pérez, which will have to make the most of it to prevail over a long list of favorites headed by the defending champion, the 'Soul Marbella Aedas Homes' boat from the Association Deportiva la Canaleta, which comes from its base at the RCMT Punta Umbría and will have Nacho Zalvide as skippers on Friday and one of its owners, Félix Sanz, during the weekend.

Much is also expected from Ernesto Vera's local boat 'Rayter', a highly optimized team that recently won the Marbella-Ceuta Intercontinental regatta, and from the neighboring club CNM Benalmádena, Samuel Domenech's 'Ya Andara' or Enrique's 'Vikingo' González, among others, and from the RCN of La Línea and in perfect magazine condition, the J/80 'Eureka Tech' by Javier Madrid and Rafael Díaz.

Looking ahead to the start of this Friday, the easterly wind report of between 8 and 10 knots of intensity advises sailing in the eastern part of the bay of Malaga, while on Saturday with a softer wind forecast it will be necessary to look for it in the western area. Already on Sunday, if the west part of 15 knots on average is fulfilled, the end of the party will be spectacular in the area of ​​Los Álamos and Playa Mar. The organization will also take care of the crews on land, with a seafaring party on Saturday and the trophy delivery on Sunday from 4:00 p.m.

1 Economists warn of the oversizing of the Spanish public... 2 The best hamburger in Spain is decided in Valencia 3 Several municipal police officers from Bilbao evicted... 4 The Municipal Police will deploy 400 agents if there... 5 The Health Emergency Service of the Valencian Community... 6 Parera launches candidacy to end Barcelona "of... 7 Two dead after an explosion at a biodiesel plant in... 8 Tuawa and Quique Dacosta launch a campaign for the... 9 Paula Badosa suffers to advance to the third round... 10 The delinquency of the State grows to the maximum... 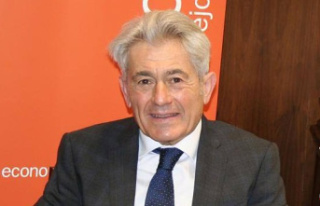 Economists warn of the oversizing of the Spanish public...