Millions of Americans suffer from pain. 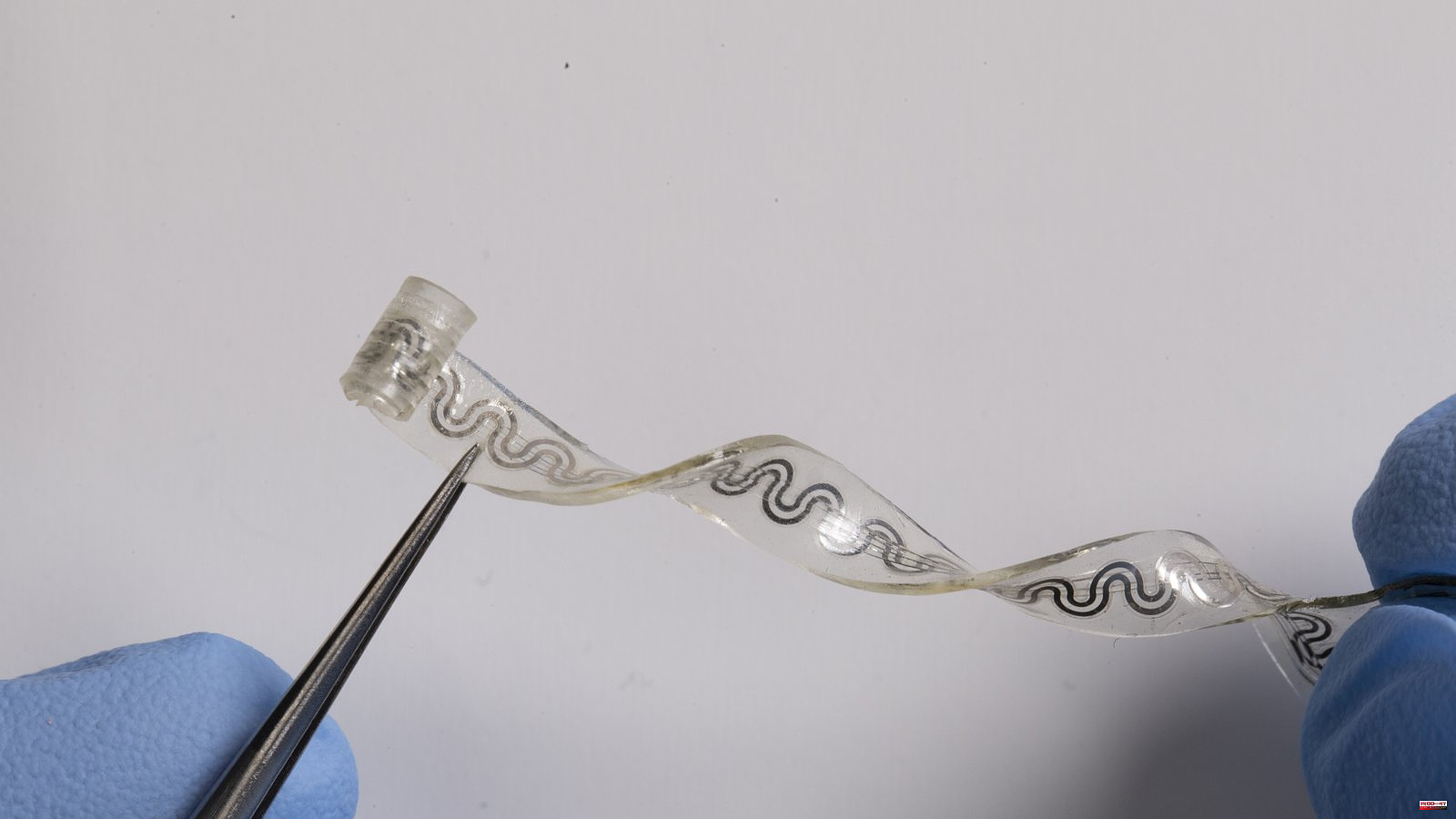 In the 1990s pharmaceutical companies claimed that they had the solution: opioids. Doctors prescribed opioids liberally to their patients, despite being assured that they were not addictive.

Opioids are addictive and doctors started prescribing more. As a result, opioid abuse grew. When they couldn't find prescription drugs, some patients turned to heroin or synthetic opioids. Between 1999 and 2019, nearly 500,000 Americans died from opioid overdoses. The opioid epidemic was declared a public health emergency by the United States Department of Health and Human Services in 2017.

Scientists have sought safer ways to relieve pain since discovering the addictive nature of opioids. John A. Rogers, a Northwestern University biomedical engineer, believes he may have invented one: an implantable, dissolvable device that cools the nerves.

He says, "Managing pain is an essential aspect of patient care in many settings and that can be accomplished with various types of pain-killing drug, opioids being perhaps the most prominent." These schemes are extremely effective in eliminating pain but have many side effects, including the possibility of addiction.

Rogers and his team hoped to engineer a device that would provide more specific pain relief. This could be adjusted depending on the intensity of pain. The cooling would cause the implant to numb certain peripheral nerves that link the brain and spine cord to the rest. This would effectively regulate pain in certain parts of the body by blocking pain signals from the brain.

He explains that anyone who has ever been outside on a cold day will know that your hands and fingers can become too cold. This causes a loss of sensation of touch. "Your fingertips almost become numb. It's that cooling effect we want to capitalize on."

Rogers described the "rubber band" as an intricate web with channels that are slightly smaller than human hairs. The 5-millimeter-wide device has a cuff-like structure at the end that surrounds a nerve. The other side comes out of skin and attaches with a pumping device, similar to an IV. The cool fluid boils at low temperatures and is pumped into the nerve's thin channel. It reacts with dry nitrogen, which flows through a different channel. The cooling effect is created when the fluid evaporates. The gas then flows through another channel and condenses again. This creates a closed loop system. Science published a new study today that describes the device.

The device contains a temperature sensor that can be used to monitor and adjust the coolant flow rate. Too cool nerves can cause tissue damage. There are four layers to the temperature sensor. A layer of magnesium is enclosed by two layers silicon dioxide, which acts as an insulating material. The layer below serves as an adhesive.

Rogers explained that current can flow through the magnesium layer--it is a metal, and that resistance changes with temperature.

Also, the device can be completely disintegrated in the body. This eliminates any risks associated with surgical removal. It takes a few days to dissolve depending on the thickness of the material. Rogers has developed a variety of electronic devices that can be absorbed by the body, including a pacemaker transient in 2021. He was awarded the Smithsonian magazine American Ingenuity Award in 2013 for his work.

Researchers tested the device on rats' sciatic nerve, which transmits sensory signals to the paws. They measured the force required to make the rats retract their appendages by applying pressure to their paws.

Rogers explains that Rogers' idea is to make a numbing sensation within the paw. Then, you need to push harder to produce that retraction response. By cooling the sciatic, you can increase the threshold pressure that is applied to the paw by approximately ten.

Rogers states that the next steps will be to study biological aspects of the human anatomy to improve the device’s functionality. Overcooling can cause nerve damage. Understanding the limitations of the body is essential.

He asks, "After you have stopped the cooling, how long does the nerve take to recover so that you can start the cooling again?" These are the types of studies I believe are most important to conduct before you use a device with people.

John Wood, a University College London neurobiologist, is skeptical about this pain relief method. Wood studies pain pathways, such as Nav1.8 which is crucial in transmitting pain signals from nerves throughout your body to the spinal chord.

Wood wrote in an email that "I believe given the global nature many chronic pain syndromes", and added that implantable devices were "problematic."

Wood claims that drugs such as the Nav1.8 inhibitor, which Vertex pharmaceuticals makes available in pill form, have had strong pain relieving results in humans. Vertex recently announced that VX-548 (a Nav1.8 inhibitor) had outperformed a placebo during phase 2 trials in acute pain following two types of surgery.

He writes, "This is an even greater advancement."

Rogers acknowledges the risks associated with implant surgery, but his team worked hard to reduce them. Rogers says the soft rubber band-like structure is about the same thickness as a sheet paper and moves naturally with the surrounding muscle tissue. The device's dissolvability reduces the chance of damaging the nerve.

Rogers states that the device can be used to control their pain relief.

He explains that the device provides engineering controls that are not available in any pharmaceutical-based approach. It is also delivered in a very specific way. This device does not affect the whole body as many pain relief drugs do. It only acts on the area that is relevant to the suppression of the pain sensation.

Laura Bohn, a biochemist from University of Florida Scripps Biomedical Research calls the device "novel and innovative." She believes pain should be approached from many angles. She explains that there are many types and types of pain. There are also many mechanisms to control it.

Bohn studies the function of receptors in the body, including opioid, serotonin, and cannabinoid. This is to help her find new treatments for addiction and pain. She adds that the more tools we have, we have more options to improve therapies. "I believe everyone is trying to replace opioids but I still believe that opioids can be used when used properly. It's another step towards building a toolbox.

Rogers believes the device could be used in hospitals to treat acute pain following surgery. When a patient has been cut open, the surgeon would place the device and then suture it. The tube will continue to attach to the pump by sticking through the skin. For a time, the patient would be connected to an external pumping device.

He envisions that the system could be modified in the future so that patients can use it at home, but it will require more engineering.

He says, "We are pretty excited, but we also understand that there is additional work to do." "It would be amazing to be able to switch on or off pain. This is perhaps one way to do that.

1 Scientists from the United States and Czech collaborate... 2 ATLAS and CMS publish the most thorough studies to... 3 Zika Virus and Dengue Fever Make Humans Attractive... 4 The Seas were once ruled by whale-sized marine reptiles 5 Large Hadron Collider generates unprecedented amounts... 6 Ten years after its discovery, the Higgs boson was... 7 EU lawmakers back sustainable gas and nuclear energy 8 Spain's Bull Run festival is back after a 2-year... 9 Are there Microremains in my Teeth? 10 Humanity may have had a superpower in the form of... 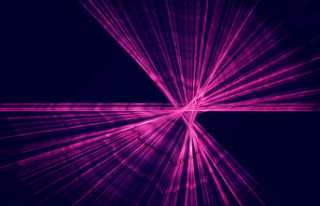 Scientists from the United States and Czech collaborate...