The recent attack by a wild boar on a bather on a beach in Alfàs del Pi (Alicante) – who had to be treated by medical services for a cut on her leg – once again brings to the table the social problem of overpopulation of wild Fauna. 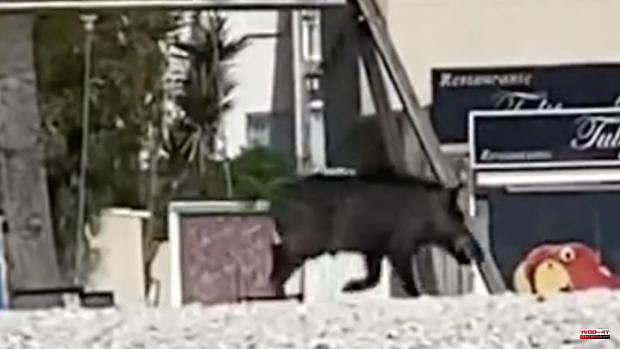 The recent attack by a wild boar on a bather on a beach in Alfàs del Pi (Alicante) – who had to be treated by medical services for a cut on her leg – once again brings to the table the social problem of overpopulation of wild Fauna. The Valencian Association of Farmers (AVA-ASAJA) warns that "this new attack is one of many that we have carried out and unfortunately it will not be the last if we do not act in the face of the excessive and uncontrolled increase in wild boar and other wild species." For this reason, the agrarian organization urges the administrations to implement measures that allow "to reconcile a reasonable presence of wild fauna with the development of agricultural activity and people's health."

The president of AVA-ASAJA, Cristóbal Aguado, warns that "now it has been on a beach, for years it has been in the fields, also in urbanizations and even in urban centers, and there are continually traffic accidents caused by these animals that, Despite what some think, they are not pets, but wild and sometimes dangerous animals. Little by little we pay more and more innocent people for the whim of office politicians who do not set foot in rural areas and put ideology before scientific criteria.

According to AVA-ASAJA estimates, the overpopulation of wildlife (wild boars, mountain goats, roe deer, wild rabbits, birds, etc.) caused unprecedented losses of 35 million euros in the agricultural sector of the Valencian Community in 2021. The breaking of drip rubbers and agricultural installations, the ingestion of seeds and ripe fruits, the biting of trunks, branches and shoots until causing the death of the plantation, the movement of earth, the destruction of walls, etc. are some of the main damages caused by this type of fauna.

In livestock, there are also concerns about attacks on cattle (in the interior of Castellón and Valencia flocks of vultures have killed cows and calves, especially at the time of delivery) and the transmission of diseases (tuberculosis and scabies have affected in recent years to Castellón, while African swine fever could cause serious losses if it spread to Spain).

AVA-ASAJA recalls that the overpopulation of wild fauna not only causes damage to the agricultural field, but to society as a whole. According to the latest data from the Generalitat Valenciana, wild animals cause some 300 traffic accidents a year, with wild boar being the cause of nine out of ten cases. The accident rate rises at night and in the winter months.

Regarding the attacks, the wild boars have also carried out attacks in recent years on farmers in their orchards and on citizens, as is the case of the bather on the beach of Alfàs del Pi. According to Aguado, "it is time for politicians to make an in-depth analysis of the effects of wildlife because they are playing with the economy, the environment and people's health."

1 The firefighters of the Diputación de Alicante are... 2 The collection of poems 'Servido en Frio',... 3 Nigerian forces are hunting for gunmen who shot 50... 4 Treasury changes for the second time in five months... 5 General USA: Ukraine will continue to receive'significant'... 6 Kazakhstani voters approve of constitutional changes... 7 The death toll from the tower collapse in southwestern... 8 US sanctions 2 Bosnian officials in connection with... 9 Iraq: A British man is sentenced to 15 years for smuggling... 10 British journalist and Brazilian expert are missing... 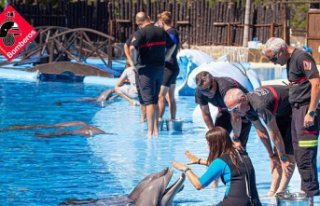 The firefighters of the Diputación de Alicante are...