They suspend the Vigo contract in which they were going to place Comesaña, one of those convicted of the 'sister-in-law case'

The Administrative Court of Public Procurement of Galicia (TACGal) has decreed this Monday the precautionary suspension of the procedure by which the Vigo public lighting service was going to be tendered. 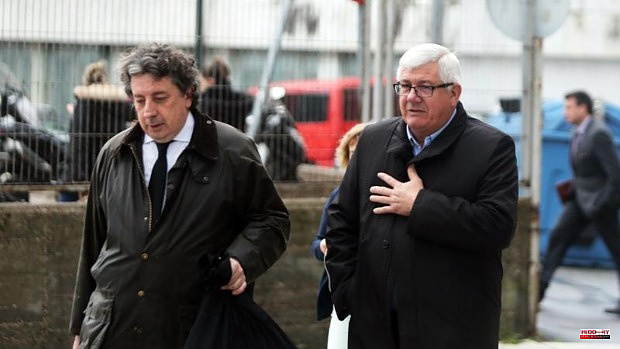 The Administrative Court of Public Procurement of Galicia (TACGal) has decreed this Monday the precautionary suspension of the procedure by which the Vigo public lighting service was going to be tendered. The decision is the result of the complaint filed by the Vigo PP, understanding that it was intended to shield through the back door one of those convicted of corruption in the 'sister-in-law case', Ramón Comesaña, former attorney of the Imesapi contract, where the family de Carmela Silva supposedly was going to work but did not do so for five years, for which she received more than 100,000 euros paid through a network of false invoices.

According to the story collected by the popular spokesman Alfonso Marnotes in his complaint, Comesaña was relocated within the company, going from being a proxy to a simple manager.

The reason would have been that, in this way, he could avoid the penalty of absolute disqualification imposed by the conviction, ratified by the Supreme Court in December of last year. The Public Sector Contracts Law establishes that this disqualification applies to “administrators and representatives” who have been declared “criminally responsible”. If he continued as proxy, it would fully affect him.

In addition, it considers that placing Comesaña within the "maintenance tasks" hides another subterfuge: guaranteeing its subrogation with the next winner of the lighting service, a situation included in the contracting regulations in the public sector. For Marnotes, this move is "a fraud of law", which also hides a hidden extra cost.

According to the 'subrogatable personnel' report prepared by the current concessionaire, one of the manager positions —the one occupied by Comesaña— has a personal complement of 65,207 euros, to which the base salary would be added. The collective agreement of iron and steel companies in Pontevedra sets the salary for this professional category at 21,971 euros. “Why do you receive more than triple your salary in a personal complement?”, the PP asks in its appeal, recalling that this makes the cost of the contract more expensive by one hundred thousand euros. The popular ones point to the City Council for being aware of this situation, and "not only does it not remedy it, but it accepts it without reservations." Without making it explicit, Marnotes recalls that Comesaña was always silent about who gave the order from the local government to plug Vanesa Falque into Imesapi. In the air, the suspicion that she shields herself from a man convicted of corruption to prevent him from breaking the silence that he has maintained to date.

The decision of the TACGal does not go into the substance of the matter, but recalls that this type of special resource allows "the correction of possible infractions of the contracting authorities at a stage in which these can still be corrected, if applicable". However, the bidding procedure will not be affected by its deadlines "for the submission of offers or proposals by interested parties". There is no appeal against the TACGal resolution, at least until it addresses the content of the complaint.

Through a statement, the local government of Vigo affirmed that the precautionary suspension of this type of procedure is applied "automatically in these cases", and rejects that the TACGal agrees with the PP with its decision. "The PP of Vigo lies repeatedly and as they continue to lie in this way, they will get zero councilors in the next municipal elections."

1 El Toboso begins the festivities in honor of the Christ... 2 Soccer. Mercato: Lewandowski opens the showdown against... 3 Fourteen young men were sentenced to prison for defaming... 4 Charente: 216 traffic violations during the Ascension... 5 High mountains. Orpierre: 15 homes without power after... 6 Saint-Julien-en-Beauchene. Hautes-Alpes: The car is... 7 Miscellaneous facts. Cherbourg: A young pedestrian... 8 St. Baldoph. Savoie: His van crashes from a bridge... 9 Football: Corentin Tolisso, a French international... 10 Covid-19: Gerontologists and geriatricians demand... 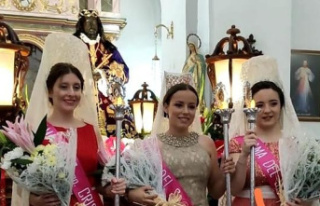 El Toboso begins the festivities in honor of the Christ...