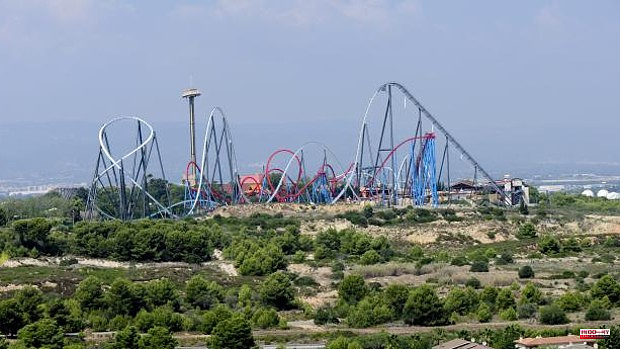 The Mossos d'Esquadra arrested two young people this morning who entered the Port Aventura amusement park, circumventing all security measures. As 'El Caso' has advanced, they intended to climb one of the highest attractions of the enclosure and parachute from the top.

The events happened at half past five in the morning. As sources from the park have confirmed to ABC, two young boys aged 18 and 22 have tried to circumvent the perimeter of Port Aventura, which has caused the alarms to go off. Immediately afterwards, members of the park's security alerted the Mossos d'Esquadra, who proceeded to arrest him an hour later.

The young people, one of Spanish nationality and the other of British nationality, have been arrested and denounced for a possible crime of breaking and entering.

One of the young people could be George Henry King-Thompson, known as George King, a climber with more than 25,000 followers on Instagram, who became famous in 2021 for climbing the Meliá Hotel in Barcelona, ​​the fourth tallest building in the city. , according to 'The Case'.

From the park they have not wanted to give details about the arrest of the intruders. They have limited themselves to explaining that as soon as they have been detected, the police have been notified. The Mossos d'Esquadra have confirmed to this medium the age and 'modus operandi' of the detainees, but have not provided their identity or the intention they had in Port Aventura at dawn.

However, the climb would have been completed and could have been recorded. Now the Mossos investigate whether the alleged parachute jump has been made or not. If this hypothesis is confirmed, when the boys are released they will be able to upload the video to their social networks and all doubts about their identity and the attraction they have escalated will be cleared up.

On April 3, 2021, King himself was arrested by the Mossos d'Esquadra when he climbed the 116 meters of the luxurious Meliá hotel in Barcelona without ropes. The video of the ascent has more than 100,000 views on his Instagram profile, despite the fact that it is not the tallest building he has climbed. In 2019 he managed to crown the Shard tower in London, the tallest building in the United Kingdom at 309 meters high.

Still, King's is by no means an isolated case. In the world there are many fans of this kind of extreme sport who eventually rise to fame for one or another feat. The most famous example in Barcelona is that of climber Alain Robert, known as the 'French Spiderman', who in 2019 managed to climb Torre Glorias (former Torre Agbar) without any protection.

1 Hosbec admits that "the objective of matching... 2 The Diputación de Alicante promotes the fourth edition... 3 AVE admits that the works of the Mediterranean Corridor... 4 Carlos Mazón: «There is not a single health data... 5 Viveros 2022 concerts in Valencia: program of performances... 6 A couple of businessmen arrested in Alicante for exploiting... 7 A "historic bullfighting fair" in Palencia... 8 Cs starts its refoundation with a listening process... 9 "Socialist fagots": homophobic graffiti... 10 Slovakia offers all its Mig 29 aircraft to Ukraine 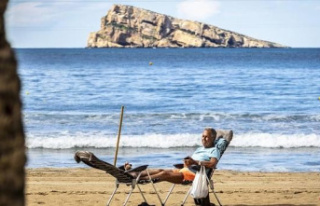 Hosbec admits that "the objective of matching...