The Alicante Civil Guard is investigating a man who tried to get on the plane with a carry-on suitcase containing 46 live specimens of turtles, freshwater turtles and crabs. 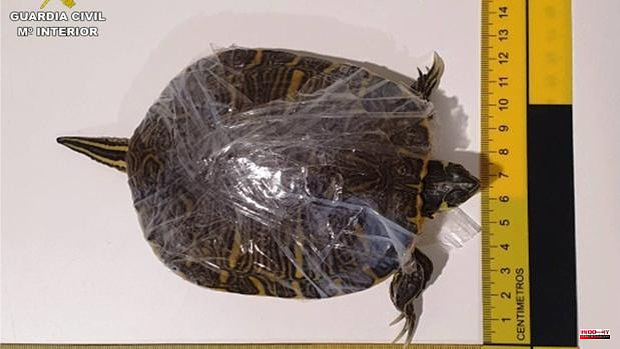 The Alicante Civil Guard is investigating a man who tried to get on the plane with a carry-on suitcase containing 46 live specimens of turtles, freshwater turtles and crabs. Inside the luggage, the animals were wrapped in plastic so that they would not move, which would have caused him to suffocate in a short time.

In one of the inspections carried out by the Civil Guard at airports on hand luggage using the x-ray scanner, on May 11, in the security filters of the Alicante-Elche airport departures area, the agents detected a suitcase with suspicious content. The passenger was about to board a plane bound for Denmark.

The agents asked him to open the suitcase, being able to verify that it was full of live turtles and crabs, some wrapped in transparent plastic paper and others inside boxes, or even sealed so that they could not move.

Given the possibility that, in addition, they were protected species, they requested the collaboration of the Nature Protection Service (SEPRONA) of Alicante, for the identification of the specimens.

The Tax and Border Analysis and Investigation Unit (UDAIFI) of the Tax Section of the Alicante Civil Guard Airport has investigated a 64-year-old man, who is charged with the crime of illegal trafficking of protected species and another of animal abuse.

The person responsible for a crime of animal abuse faces a maximum prison sentence of three months and one day up to one year and special disqualification from carrying out a profession, trade or trade related to animals. For the crime of illegal trafficking of species, he faces a prison sentence that can be up to two years.

The proceedings have been made available to the Investigating Court of Elche. The rescued animals have been transferred to the Santa Faz Wildlife Recovery Center. 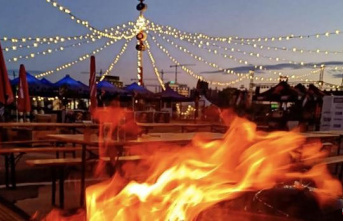