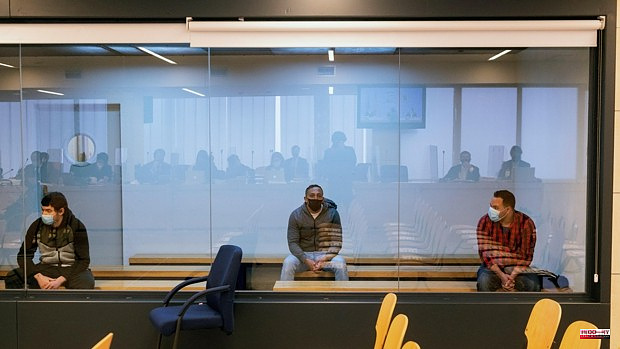 Just four days. That is how long it has taken the National High Court to knock down the resources presented by two of those convicted of the attacks on Las Ramblas (Barcelona) in August 2017, trying to benefit from the ruling of the European Court of Human Rights (ECHR) that urged Justice to review the sentence of ETA member Xabier Atristain due to the way in which incommunicado detention was applied to him.

The judgment of the ECHR questioning the conviction of this ETA member became firm just a month ago. Two weeks later, on May 23, Driss Oukabir's lawyer, sentenced to 46 years in prison for the attacks in Barcelona, ​​presented a brief before the Appeals Chamber of the National High Court explaining that his client was also sentenced after incommunicado detention in similar terms to those of Atristain.

Trying to adhere to the doctrine to which this ETA member has given his name, Oukabir's lawyer requested that the same criteria be applied to him and his sentence be reviewed.

However, the same Court of Appeal flatly rejected that possibility only four days later, on May 27, with a resolution to which ABC has had access. In it, the National High Court inadmissible this resource forcefully, pointing out that his request is "manifestly out of time."

The room affirms that this incident of annulment raised by Oukabir's defense is nothing more than an "expansion of the reasons for the appeal" that I already presented at the time. And he recalls that both the European Convention for the Protection of Fundamental Rights and the reform of the Criminal Procedure Law of 2015, which regulate the conditions under which incommunicado detention can be applied to terrorists, were already in force when he was tried and He condemned Oukabir, without his defense alluding to it then, as he was trying to do now to benefit from the Atristain doctrine.

In addition to Oukabir, the National Court has also not admitted another identical appeal from a second jihadist who participated in the same attack. This is Mohamed Houli Chemlal, sentenced to 53 years in prison and who was injured after the explosion at the house in Alcanar (Tarragona) where this terrorist card was preparing the attack he committed the next day on Las Ramblas in Barcelona.

The request was the same as Oukabir and the response from the National High Court, just as forceful. Even faster, since Houli's lawyer filed the appeal with the Appeals Chamber on May 27 and it was dismissed only three days later.

In this way, the National Court settles the possibility that these two jihadist terrorists benefit from a European ruling from which, in the end, neither Atristain himself has benefited. The Supreme Court has already rejected the possibility of revising his sentence, as proposed by the ECHR, because it was based not only on the evidence obtained by the Civil Guard during the incommunicado detention of this ETA member, but on many other pieces of evidence that allowed him to be sentenced to 17 years in prison for belonging to ETA and handling explosives and plans to commit attacks.

1 A 35-year-old woman dies in an attack with a knife... 2 These are the communities in which the young rent... 3 The ECB today opens the door to the new monetary normality 4 French lawmakers promise support for Taiwan during... 5 Berlin driver's 'confused' statements... 6 Ayuso: "If they remove the memory or the history... 7 Discarded the two cases under investigation for monkeypox 8 They organize a collective meeting in Toledo to weave... 9 A 14-year-old girl has been missing since Tuesday... 10 The European Public Prosecutor's Office investigates... 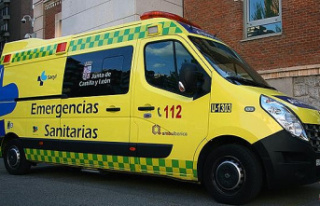