They reintroduce three falcon chicks in the cathedral of Toledo

The Government of Castilla-La Mancha has reintroduced three native peregrine falcon chicks, two males and one female, in one of the most emblematic buildings of the regional capital, the Catedral Primada de Toledo, its main objective being the establishment of breeding pairs and increase the population of this species in the province. 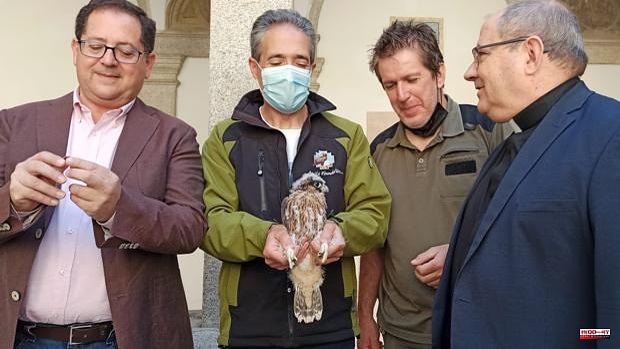 The Government of Castilla-La Mancha has reintroduced three native peregrine falcon chicks, two males and one female, in one of the most emblematic buildings of the regional capital, the Catedral Primada de Toledo, its main objective being the establishment of breeding pairs and increase the population of this species in the province.

The provincial delegate for Sustainable Development, Tomás Villarrubia, who has attended, together with the dean of the Toledo Cathedral, Juan Pedro Sánchez Gamero, the ringing of the chicks, as a previous step to laying the nest, on the terrace of the chapel of Santiago of the Toledo Cathedral, has underlined that «this project that we have been developing for six years, through the successful reintroduction of chickens in another emblematic building in the city such as the Alcázar de Toledo, aims to increase the population of peregrine falcons in the Toledo province.

«The autochthonous peregrine falcon is a species declared vulnerable» in the Regional Catalog of Endangered Species of Castilla la Mancha, so its reintroduction and the reinforcement of natural populations is of great interest for the conservation of biodiversity in the province» The provincial delegate for Sustainable Development has pointed out.

In this context, Villarrubia thanked the "invaluable collaboration of the Archbishopric of Toledo to locate this hacking platform in the Cathedral, since the height, security and location of this emblematic monument, together with the high density of pigeons, makes this building a preferential place for a successful reintroduction.

On this occasion, three chickens are reintroduced. It is about a female and two males of the native peregrine falcon (Falco peregrinus brookei) reproduced in captivity by the Aquila Foundation at the Águilas de Fuente Empedrada Center, located in the municipality of Lagartera, in collaboration with the Center for the Study of Iberian Raptors (CERI) of Sevilleja de la Jara, dependent on the Service of Forest Policy and Natural Spaces of Toledo.

The eggs were artificially incubated for a period of 31 days by the Foundation's specialists in assisted reproduction. Once they hatched, the first days they were kept in intensive care units and fed by puppets under strict monitoring. Subsequently, they have been adopted by a nurse female of the species with experience in breeding and in total human isolation.

Chicks are currently 26-30 days old and after two months of very rapid growth, the chicks will reach adult size and be ready for their first flights.

1 2022 tax return: how to complete it? Manual 2 Pedro Sánchez announces 1,200 million euros more... 3 2022 TV license fee: removed by Macron? 4 The talks for the 50th anniversary of Prada a Tope... 5 Food voucher: new help before summer? For who ? 6 Sweden and Finland joining NATO not a threat, but... 7 Maragall defends that Colau benefited from espionage... 8 Mileage scale 2022: how to pay less tax with actual... 9 The subsidiary of CF Talavera promotes to Third RFEF 10 Prime Macron 2022: it should triple! Amount and date... 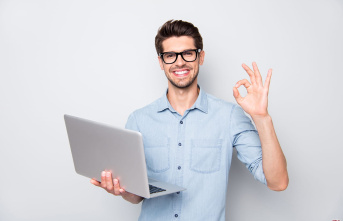