They recover the Fuero de Brihuega, a codex from the 13th century that disappeared during the Civil War

The Civil Guard has recovered the Fuero de Brihuega (Guadalajara), which had been considered lost since the end of 1938. 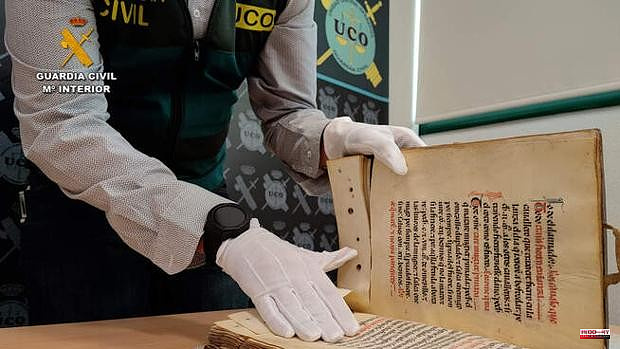 The Civil Guard has recovered the Fuero de Brihuega (Guadalajara), which had been considered lost since the end of 1938. It is a document of incalculable value, which is in a good state of conservation considering that it could have been produced in the year 1242, when the Archbishop of Toledo, Rodrigo Ximénez de Rada, granted jurisdiction to the town of Brihuega.

This document, now recovered, is recognized thanks to the work carried out by the Archeology professor, Juan Catalina García, who was able to study it before its disappearance, and publish a book in which it was fully described.

The codex, which consists of more than seventy pages, is written on parchment, protected by two thick walnut boards, joined at their lower edge to the jurisdiction with four strong strips of sheepskin.

It contains the signature of the archbishop, as well as that of other ecclesiastical authorities who signed it later, the Civil Guard reported in a press release.

It contains a font that paleographers call French, in different colors, forming different interlocking ornaments typical of the miniatures of that time. A simple border of strokes in both colors embraces three of the sides of the first page. The jurisdiction includes a set of legal rules and the severe penalties that must be imposed on those who fail to comply with them.

The Soler y Llach auction house in Barcelona has collaborated in the recovery of the jurisdiction, which, when consulted by the current owner on how to proceed with its delivery, made it easier for him to maintain contact with the Historical Heritage Section of the Central Operational Unit (UCO ) of the Civil Guard.

The current holder handed over the jurisdiction so that the Civil Guard would take charge of it, and that this document would return to the town of Brihuega, thus fulfilling the wish of his late father, who was the one who was able to prevent its destruction along with many other books. that were burning, when the military unit of which he was a part took the town at the end of 1938.

With some frequency, the holders of cultural property who have in their custody pieces of which they cannot prove their lawful origin, trust the Civil Guard to be the one to channel their return to the competent Administration, in a way that guarantees their enjoyment for all citizens.

On the afternoon of this Friday, at 7:00 p.m., by the Civil Guard, the Brihuega Charter will be delivered to the mayor of the town, Luis Viejo Esteban, in a cultural event in the Sala Noble of the Castillo de Piedra Bermeja in Brihuega.

1 A Brazilian fugitive arrested for continued sexual... 2 Jail for a man for killing another with a hammer for... 3 The CPI shoots up to 9.9% year-on-year in Castilla... 4 Espanyol parks the feelings in its 'renewal'... 5 Mónica Oltra insists on not resigning and criticizes... 6 Castilla y León announces a plan to "monitor"... 7 These are the changes of the urban bus lines for the... 8 Selectivity in Catalonia 2022: this will be the university... 9 The nine spaces of CyL Digital and 16 centers in rural... 10 Quintanar will host the 1st Festival of Electronic... 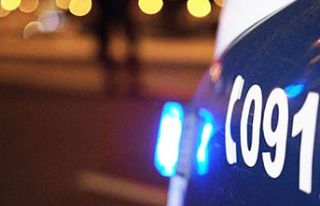