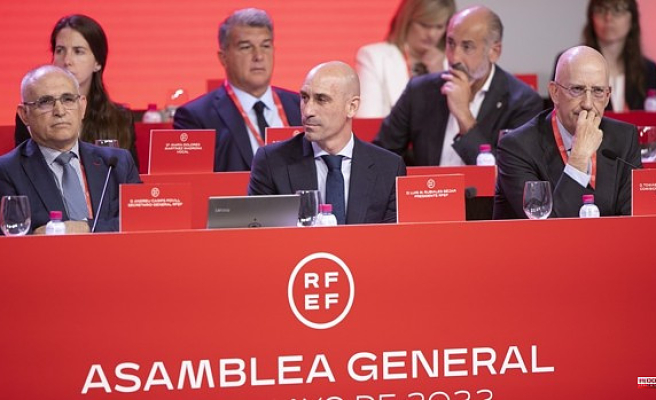 New judicial front for the president of the Rela Spanish Football Federation (RFEF), Luis Rubiales, and the Barcelona player Gerard Piqué. This Monday a complaint was filed against both in the courts of Majadahonda (Madrid) for various matters uncovered by the audios about the Spanish Super Cup in Saudi Arabia.

The promoter of this complaint, after the one presented by Clean Hands a week ago in another Madrid court, is the president of the National Center of Football Trainers (Cenafe) and affiliate of the RFEF itself, Miguel Ángel Galán. The same one who already denounced Rubiales and Piqué for these events before the Anti-Corruption Prosecutor's Office, which on the 19th decided to open investigation proceedings after Galán's complaint as soon as the matter broke out in mid-April.

The complaint, to which ABC has had access, was filed this Monday morning before the Courts of First Instance and Instruction of Majadahonda for being in this town where the RFEF is based. And he accuses Rubiales and Piqué of two alleged crimes, specifically those of corruption in business and unfair administration.

Among the different derivatives of the case, the complaint ensures that Rubiales and Piqué "agreed on a plan to profit" with 24 million euros, referring to the commission of one of the companies of the central culé, Kosmos Global Holding, for intermediating with the Federation and Saudi Arabia to celebrate the Spanish Super Cup in this country for six editions (2018-2024). And he adds that they did it "in collusion and at the expense of the RFEF", to which he also affirms that "they stubbornly hid" that commission of four million per edition that Piqué's company secured.

It also points to other information from 'El Confidencial' about the president of the Federation, such as the alleged espionage that, according to this medium, would have commissioned a detective company in 2019 to spy on the president of the Association of Spanish Soccer Players (AFE), David Aganzo. Miguel Ángel Galán contributes in his complaint a report from the same company, Cryptex Europa SL, of which he himself was the subject in 2016 when Rubiales himself presided over the AFE and to which ABC has also had access.

In addition, Galán is suing Rubiales because, according to him, "he improperly pocketed a 'housing aid' of 3,100 euros per month" from the RFEF for the rental of a luxury apartment in the Madrid Tower in Plaza de España, in the capital. The complainant understands that the President of the Federation was not entitled to this assistance, provided for those residing outside of Madrid, because Rubiales was already registered in this city and, therefore, did not need that home.

He also denounces the trip he made to New York in October 2018 supposedly for personal reasons but at the Federation's expense. The Federation has explained, for its part, that Rubiales' trip was for strictly professional reasons and that he was accompanied by other federative representatives.

Finally, the complaint asks the Majadahonda Courts to carry out several procedures. Among them, incorporate what the Anti-Corruption Prosecutor's Office has investigated in the last two weeks and that Aganzo and the uncle and former Cabinet Director of the RFEF president himself, Juan Rubiales, be summoned as witnesses. In fact, the latter has appeared today before the Anti-Corruption Prosecutor precisely as a witness.

It also urges the courts to adopt precautionary measures against Luis Rubiales and Gerard Piqué, including the seizure of assets worth 24 million euros for the alleged crime of corruption in business. The complaint thus understands that this commission from Piqué's company would have "de-patrimonialized the RFEF", since that amount could have gone to the coffers of the Federation and not to those of the company managed by the culé player. In addition, he requests the embargo for another 41,764 euros, in this case only against Rubiales, for the alleged unfair administration of which he is accused for the help of the rent and the trip to New York.

The courts of Majadahonda will now have to assess whether they admit the complaint for processing and consequently open investigative proceedings, as the Anti-Corruption Prosecutor's Office has already done, or if, on the contrary, they reject it on the understanding that there is no evidence of the crimes imputed to Rubiales and Pique.

1 Robert Lewandowski says that football is over. 2 ISERE. 15 college students in L'Isle-d'Abeau... 3 Bergerac: On a stolen scooter, the thief tries to... 4 Vianne: The attics were emptied in the sun 5 The return of the British will pull tourism GDP, but... 6 Legislative 2022. Ardeche: "Herve saulignac is... 7 Are electricity prices expected to rise in 2023? Bruno... 8 Frederic Leclerc - Imhoff, a French journalist, was... 9 Pro D2 final: 2200 tickets available starting Tuesday,... 10 Football: Sale of Chelsea to Todd Boehly & his... 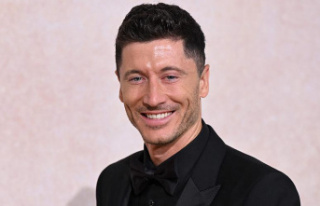 Robert Lewandowski says that football is over.