In a village on the outskirts of the cosmopolitan city of Berlin, the local soccer club is living the dream of every soccer fan. 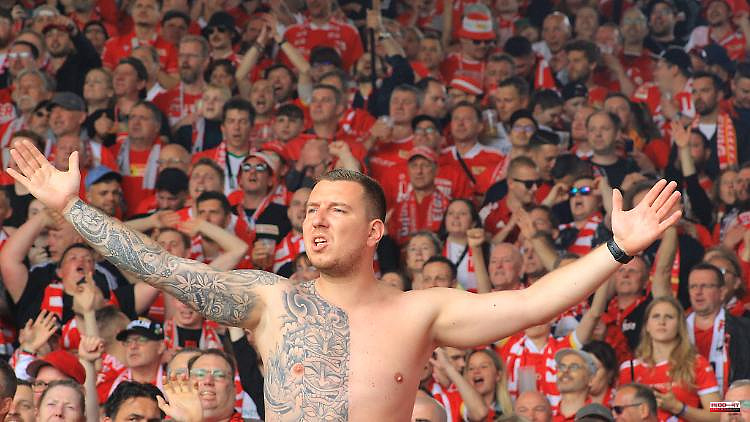 In a village on the outskirts of the cosmopolitan city of Berlin, the local soccer club is living the dream of every soccer fan. It just always goes uphill. In the Bundesliga, in the Conference League, in the Europa League. Moments that are so beautiful that they are almost unbearable.

In the life of every football fan there are phases of incredible euphoria. As brutal as reality is, as broken as one's own existence may be, as cloudy as thoughts are, in these seemingly eternal moments it is safe to escape into another world in which none of this exists. We go to the stadium every week. To watch football, to meet friends and forget about everything else. And this is where miracles happen. It always goes up. Success knows no bounds. An end is only foreseeable somewhere on the horizon.

"Capture this moment," stadium announcer Christian Arbeit called out to the celebrating Union Berlin fans from the balcony of the Alte Försterei. After the 3-2 (2-0) win over VfL Bochum, around 10,000 fans gathered in front of the stadium to celebrate their team. A team that has once again exceeded all expectations, which after the Conference League this season will now compete in the Europa League and, if you will, qualify for the Champions League in the games against Greuther Fürth and Arminia who have been relegated Bielefeld has gambled away.

But that's not how it is calculated in Köpenick. Everywhere happy faces of the people for whom the club is home, who arrived at the old forester's house at some point and never left again. Like that old Eagles song about the Hotel California that you can check out of but never leave. Some were previously uninterested in football and come because they love the community and others were fans of other clubs before choosing their hometown club and shrugging off the big clubs Bayern Munich and Borussia Dortmund from their lives. home is here. In this village at the gates of the cosmopolitan city, where they swear to their eternal life with bloodcurdling volume in the club anthem.

Before the game, Köpenick wakes up from his sleep. The lonely trumpeter lets his melody sound melancholy on a Wuhle bridge. It blows in the direction of the Köpenick S-Bahn. A guitar joins in, then a voice. "Always Iron Union, always Iron Union". Nina Hagen's club anthem. Gutted, reduced to the longing for home, for the club. Saturday, May 14th, 2022 - Köpenick awakens. The spectators make a pilgrimage to the old forester's lodge for the last time. It's against VfL Bochum. A win guarantees the Europa League and if things go badly, it's back to the Conference League. This is the starting position before the game and after a season that nobody here in Köpenick can believe again. First the promotion to the Bundesliga in 2019 with the subsequent relegation, then the rush to the Conference League and now no crash, but further, even higher up to the plateau of the national top teams. With a team of outsiders and underestimated, whose market value on the transfermarkt.de site is negligible and whose status in the hearts of the viewers is immeasurably high.

Your name is Bastian Oczipka, who came from Schalke 04 and who is known in Köpenick as "the man with the briefcase" because of his reliability. And their names are Genki Haraguchi, from the second division club Hannover 96. Or Grischa Prömel, who will move on to Hoffenheim because football is work in the end, or Paul Jaeckel, Niko Gießelmann or Taiwo Awoniyi, who were at best insiders before their jobs at Union were known. They were employed by Oli Ruhnert, a hyper sports director. Always on the move, always planning something. And they are coached by 56-year-old Swiss Urs Fischer, a great pragmatist who has dedicated his life entirely to football. Who is still mercilessly underestimated. But slowly arousing desires in other clubs as well. "Urs Fischer is staying here," said President Dirk Zingler, commenting on the situation. And that's how it will probably be. Until he eventually leaves. But first of all European Cup, FC Union international.

In February and March it no longer looked like taking part in a European competition. The departures of Manuel Friedrich and Max Kruse weighed heavily on the club just as the grey, concrete-heavy Berlin winter did. Friedrich had been transferred to Borussia Mönchengladbach during the winter break and Kruse had not wanted to resist the temptation of millions from the Mittelland Canal. He had originally toyed with a move to the MLS in March, now he was going to his old coach Florian Kohfeldt in Wolfsburg - and thus away from Urs Fischer, whose style Kruse had not really liked. Without Kruse, the Köpenicker got just four points from six league games in February and March.

The newly committed Sven Michel from SC Paderborn had his problems. A fighter, sure. But nobody for the magic moment. Nobody who suspects the free space. Fourth place on the 20th matchday became ninth place with a downward trend on the 27th matchday. So it went into the international break, after all, also with a cup semi-final in Leipzig in front of the chest. But the burglary put pressure on everyone around the Alte Försterei. The first real dent in the third Bundesliga year. But when spring came, all was forgotten. The home win against Cologne was followed by a 4-1 derby at Hertha BSC. The stadiums were again fully booked and the curve around the marathon gate in the Berlin Olympic Stadium was firmly in Union hands. After the final whistle, the players ran into the curve in a rush, while on the other side, in the east curve, the conflict between Hertha fans and players escalated.

Unthinkable in these intoxicated years in Köpenick, when a 1-1 draw against Greuther Fürth was celebrated for hours in this stronghold against the temptations of modern football. The Alte Försterei is demanding, sucks you in, doesn't let you go, demands support and passion. Not everyone wants to get involved, especially not the club's apolitical attitude. In the stadium everyone is iron, politics stays outside the door. Conflicts should be resolved among themselves in the stadium, positions exchanged. The association hopes for a discourse, wants to take on social responsibility and sometimes overshoots the mark. As in the times of the pandemic, when they were disturbing with their advance, some observers put them in the vicinity of the scumbags and in the end perhaps lost a few sympathies.

What they really don't care about, what the fans don't care about either, who can no longer hear the talk of the cult club from Köpenick and have built a wagon complex around their club. Defend him against all criticism. It's good the way it is, they think, and magical the way it is right now.

"We're experiencing something that's so beautiful that you can hardly stand it," Work calls out to them even before the game begins. But even the most beautiful moments come to an end. Just not at this moment on Saturday, down there on the pitch, in the stands, on the balcony and in the parking lot in front of the stadium. In the life of every football fan there are phases of incredible euphoria, full of emotions, full of connection with the protagonists on the pitch, who live from this energy that allows them to surpass themselves. Eleventh in the first season, then seventh and now fifth. The field not only guarantees European football against possible opponents like Manchester United, but also more financial security and more chances of remaining a Bundesliga club in the long term.

But the future plays a maximum role this Saturday in the busy travel plans for the upcoming Europa League season, otherwise it will be left out, and the result against Bochum is also secondary. "We've played well before," nods an older man in front of the stadium, "but I don't know much about football. I'm coming because this is my home." And that's much more important in the end.

1 Paris 13 Atletico keeps control, Entente SSG relegated,... 2 With granite and caviar essence: Mixology reinvents... 3 Wüst triumph in NRW: Black and green is coming -... 4 German conservatives triumph with authority in North... 5 More than 70% say that independence should not be... 6 Criticism of 'Beautiful Minds' (2021): Together... 7 'El Trenillo', the old railway that crossed... 8 The US removes ETA from its 'black list'... 9 "Cheer up, it goes on": Bohlen defends the... 10 NATO will provide military support to Finland and... 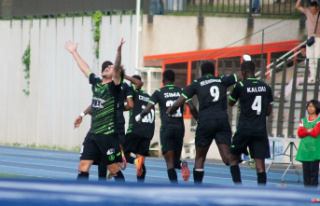