They investigate two people after intervening a marijuana plantation in Yepes

The Civil Guard has carried out an operation against the cultivation of cannabis sativa (marijuana) in the town of Yepes with the result of the seizure of 433 plants and all the material used for its cultivation, such as lighting, air conditioning and fertilization. 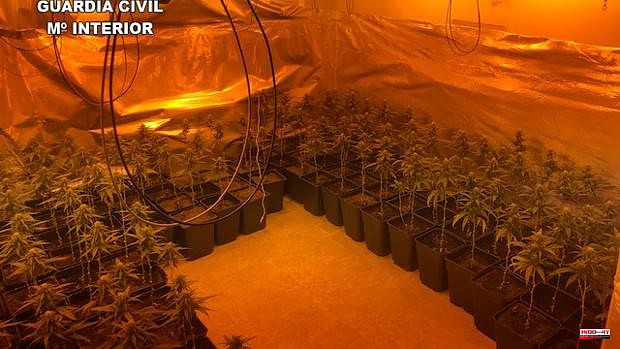 The Civil Guard has carried out an operation against the cultivation of cannabis sativa (marijuana) in the town of Yepes with the result of the seizure of 433 plants and all the material used for its cultivation, such as lighting, air conditioning and fertilization.

The Macuto operation began when the Civil Guard noticed an illegal connection for the passage of electricity and a high consumption of supply was detected in a house apparently without inhabitants. The existence of an illegal connection to public lighting was noted, in addition to hearing air conditioning extractors, widely used in indoor plantations, to maintain optimal humidity and temperature conditions for the cultivation of this plant.

After several weeks of investigation in the surroundings of the house, the agents of the Yepes Civil Guard post confirmed that the home, although it was without inhabitants, a couple came two or three times a week, for short periods of time.

With all the data collected, the Court of First Instance and Instruction No. 2 of Ocaña was requested to register the property. At the time of entry to the home, the alleged perpetrators were not inside the house, ending the operation with the apprehension of 433 marijuana plants distributed in three rooms, as well as all the necessary tools for cultivation.

Likewise, a multitude of perfumes and clothing from high-cost brands have been intervened, in order to justify their legal origin.

The identifications of the alleged perpetrators, a man and a woman, between 29 and 31 years old with a multitude of backgrounds, have been sent to the Court that hears the case, creating two separate indications of search, arrest and appearance to locate both people.

1 À Punt will stream the galas of the Alicante Film... 2 Russia considers peace talks with Ukraine broken 3 Russia announces its withdrawal from the Council of... 4 The price of electricity falls 2.25% this Wednesday,... 5 The GDP of the eurozone rebounded 0.3% in the first... 6 PSG: Messi at Inter Miami in 2023? "It's... 7 Feijóo stresses that Spain "is not a multinational... 8 The emir defends that Qatar and Spain "have a... 9 Anti-Covid vaccine: no, it is not planned to receive... 10 The recommendations of the Court of Auditors less... 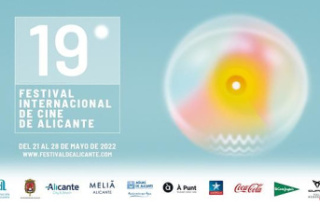 À Punt will stream the galas of the Alicante Film...