A 22-year-old woman has reported a gang rape committed by four men in the early hours of last Wednesday. 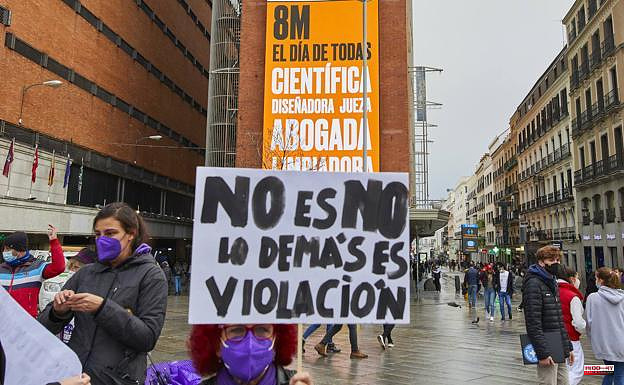 A 22-year-old woman has reported a gang rape committed by four men in the early hours of last Wednesday. The forensic report describes the existence of injuries typical of a brutal rape, after the examination to which the woman was subjected in a health center in the Granada capital to which she went in the company of a friend after suffering the aggression.

The events occurred after the young woman left a nightclub in the Granada capital, where she had been with some friends, at dawn. When she was going to her home, she was approached by the four occupants of a tourism in the vicinity of the Camino de Ronda.

The car slowed down to catch up with the girl and, at a given moment, one of its occupants opened the rear door of the car, took her by the arm and introduced her inside.

From that moment on, they moved her to different points in the capital until they found a lonely area where the four individuals who occupied the vehicle carried out the sexual assault. Later, she was left abandoned and badly injured as a result of the sexual assault. The rapists did not use any type of weapon to subdue her; they only used physical force.

The case has been prosecuted, as this newspaper has learned, since yesterday, Thursday, once the corresponding forensic report has been issued.

The National Police has opened an investigation to try to determine who were the occupants of the vehicle that raped the victim, and the areas through which they moved with the car before its occupants carried out the sexual assault. It will not be easy to find them because, in principle, there is no data on the license plate of the car or the identity of the criminals. The victim did not know them at all and she was surprised when they approached her from the car.

After being treated at the health center, the traditional judicial protocol was articulated when a sexual assault is detected. Previously, health professionals had already registered clear features of a violation. The presence of a coroner was quickly requested and the case was brought to the attention of the National Police Corps, court, psychological support and any other type.

In fact, there is a team, Amuvi, of legal professionals in Granada specialized in this type of sexual assault case and with decades of experience dealing with this type of victim and representing them in court.

At the moment, from the judicial and police spheres they have turned to this case in order to resolve it as soon as possible in a satisfactory manner. The victim, meanwhile, tries to recover from this nightmare.

1 Sainz: "Hopefully the improvements give us some... 2 Successful participation in the charity gala dinner... 3 A study shows that the common mosquito does not transmit... 4 Education will increase the number of language assistants... 5 The PSOE raises the tone against the King Emeritus:... 6 Carmen Calvo highlights the "great embarrassment"... 7 Sánchez will meet in Davos with Intel, Qualcomm,... 8 Hoy de postre, Jon Rahm 9 PSG Foundation: the auction raised half a million... 10 Labor shortage: pig farmers ask Quebec and Ottawa... 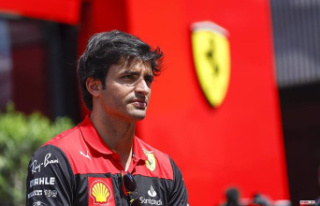 Sainz: "Hopefully the improvements give us some...