They hid 215 kilos of cocaine in sacks of white sugar, with a market value of 7.6 million

A container traveling from Brazil to Las Palmas has raised suspicions in the Port of La Luz, which after a search has located 215 kilos of cocaine, valued at 7. 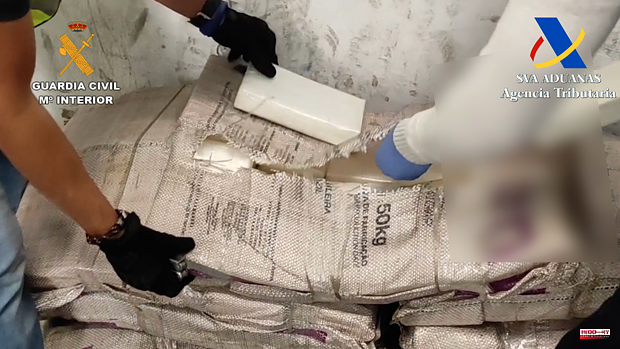 A container traveling from Brazil to Las Palmas has raised suspicions in the Port of La Luz, which after a search has located 215 kilos of cocaine, valued at 7.6 million euros, hidden in sacks of white sugar.

The Civil Guard of the Fiscal Detachment of the Port of La Luz, in coordination with the Customs Surveillance of the Tax Agency in Las Palmas, intervened on May 23 a container from Brazil, which was officially transporting more than 500 bags of white crystal sugar, those 10 contained cocaine.

It has been possible to locate and seize the drug thanks to the monitoring and joint surveillance carried out by both the Civil Guard and the Tax Agency in the port facilities, where the corresponding documentary analyzes of a container that showed discrepancies with respect to the declared merchandise, coming from from the port of Santos (Brazil). The container planned to continue its destination to the African continent after carrying out the transshipment in the port of Las Palmas de Gran Canaria.

The first indications found by the agents of the Civil Guard of the Prosecution and Borders Section, led to a more exhaustive inspection together with members of the Customs Surveillance of the merchandise in the container at the Border Inspection Center (CIF), extracting numerous sacks of sugar from its interior until a total of 10 bags were located that had irregular shapes compared to the rest of the load.

This finding aroused certain suspicions in the acting agents, so they were separated and opened. Once the substance was extracted from the bags, the appropriate checks were carried out, transferring them to the Civil Guard offices of Puerto de la Luz, extracting a small sample from each bag to submit it to a narcotics test, where 10 bags of sugar that contained a white and compact substance that was distributed in 200 packages.

This intervention represents a heavy blow to international organized crime that uses this type of modus operandi, thus preventing the introduction of said substance on the illicit market, which, according to the tables established by the National Central Narcotics Office, would have reached a estimated at more than 7,600,000 euros.

For all these reasons, the corresponding police proceedings were carried out by the Fiscal Analysis and Investigation Unit, which were made available to the Court of Instruction of the Las Palmas de Gran Canaria Guard together with the intervened substance.

1 pride! Barcelona returns to the streets with the intention... 2 “It is aberrant that a person with PF treats me”:... 3 Four vehicles burned in the Señoría de Illescas... 4 Iberaval returns to the path of growth despite the... 5 Santa Olalla donates to Tea Talavera the collection... 6 Joao Almeida leaves the Giro after testing positive... 7 The alert of Margarita del Val, Pedro Cavadas and... 8 The independence movement, insatiable and scathing... 9 Aishawari, the first Spanish influencer who imported... 10 A judge investigates the transfer of a municipal premises... 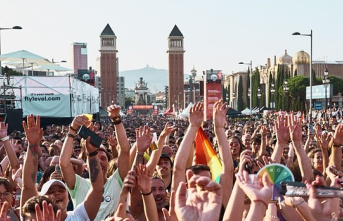 pride! Barcelona returns to the streets with the intention...