They find a bust of the Roman Empire in Texas, a treasure sold as a bargain

The sixth sense made him notice that piece. 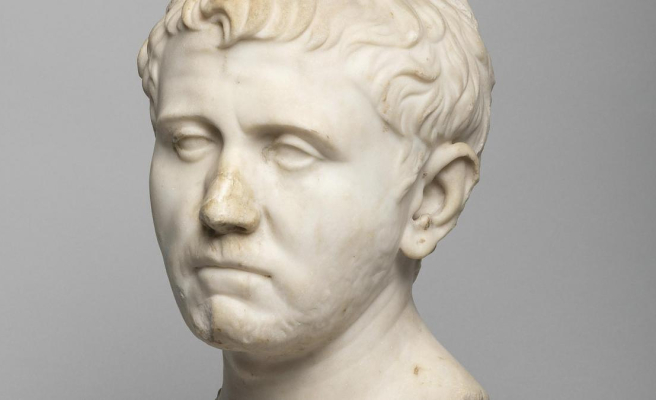 The sixth sense made him notice that piece. Laura Young, a collector and owner of a vintage store in Austin, Texas, spotted a bust on the floor under a table. It looked quite dirty and quite old. It had a marked price: $34.99.

This happened in 2018, in one of the Goodwill establishments, an American non-profit organization that collects what others do not want and sells them to raise funds for worthy causes. Young had found interesting things on other occasions at a good price that he then resold at his store.

An employee at that Austin Goodwill loaded the 50-pound sculpture, which she placed in the front seat, buckled up, without removing the yellow price tag. She herself took the photograph of the piece in that guise.

That bust turned out to be a high-value jewel, a vestige of the old Roman empire, dating to the end of the first century before Christ or the first of the current era. After having disappeared and it is not yet clear how it made its way from Europe to Texas, the bust is now exhibited at the San Antonio Museum of Art, before embarking on its return journey to Germany, the country to which it carries its trail and where it is considered to have come from, the result of looting, after the Second World War.

Thanks to the agreement with the Bavarian state administration for palaces, gardens and lakes, the bust will be displayed in San Antonio until May 21, 2023. Once it returns to Germany and is installed in public again, a plaque will pay tribute to Young.

The buyer immediately had the intuition that this was more than just a bargain. She wanted to know where she came from and when and how she came to the United States. Young consulted with experts from the University of Texas at Austin and with various auction houses to try to unravel the questions. Jörg Deterling, a specialist who works as a consultant for Sotheby's, identified that object as a sculpture that had belonged to a museum in Bavaria and connected with the authorities of this country.

Specialists ruled that it was an extremely valuable carved bust that, from the description, could belong to the ancient Roman commander Drusus Germanicus. However, doubts about his identity still remain.

Drusus Germanicus (38-9 BCE), who was also known as Nero Claudius or Drusus the Elder, became famous for his successful military campaign in which he won German lands for the Roman Empire, although he died young due to injuries sustained in a fall from a horse

But there are doubts. Speaking to The Art Newspaper, Jessica Powers, interim chief curator of ancient Mediterranean art at the San Antonio Museum, stressed that identification still raises questions. "It's a beautiful portrait of a young man with a beard, he could have been a son of Pompey the Great, we don't know yet," she stressed. Pompey the Great was defeated in civil war by Julius Caesar.

How that sculpture moved from Italy to Bavaria, possibly in the 19th century, is not in dispute. The bust belonged to King Ludwig I of Bavaria (1786-1868), who built himself a replica of a Pompeian villa that he called Pompejanun, in Aschaffenburg. That replica stood intact for two hundred years, but was severely damaged during Allied bombing in World War II.

According to the Texan museum, the US Army established a base in Aschaffenburg, which was in use until the Cold War. It follows that a Texas soldier stole that item before returning home. How he got to the Goodwill store is also unclear, but it is clear that he left Germany illegally.

"It's a great story whose plot includes the World War II era, international diplomacy, the art of the old Mediterranean, thrift store hunting, Bavarian royalty and the careful stewardship of those who care for and preserve art,

From Sotheby's Young was informed that he could not put this relic up for sale due to its suspicious origin. US law does not recognize the transfer of property in the event of theft. Leila Amineddoleh, a New York attorney specializing in the matter who has represented Young since 2018, contacted German authorities.

As a result of the return agreement, Young will receive compensation for an amount that he has not wanted to reveal. She assured that she is very satisfied with her discovery, but clarified that it was a bittersweet feeling at not being able to stay or sell that treasure.

1 Two Twitter executives leave the company in the middle... 2 14 venues will host about 200 concerts in the Spring... 3 Nueva Pescanova and Kimitec will develop natural probiotics... 4 'Billy Elliot' says goodbye on May 22 with... 5 Moventia and Sherpa take their bikes to 5 countries... 6 BARQ opens its second edition with a commitment to... 7 Carlos Ortega replaces Rafael Miranda in the non-executive... 8 The rebellion for telecommuting returns at Apple 9 Merlin raises its EBITDA by 32% and takes off in income 10 NH Hotel Group reduces its losses by 33.9% up to March... 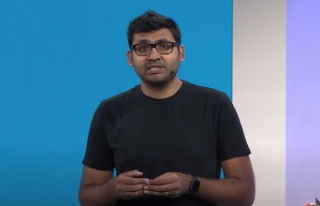 Two Twitter executives leave the company in the middle...