I call for the mayor of Barcelona, ​​Ada Colau, to encourage the Barcelona Gazetteer to change the name of the Països Catalans square to the Barcelona 1992 Olympic Games.

I call for the mayor of Barcelona, ​​Ada Colau, to encourage the Barcelona Gazetteer to change the name of the Països Catalans square to the Barcelona 1992 Olympic Games. Coinciding with the 30th anniversary of the Games and with the possible Spanish candidacy, with Catalan participation, to opting to host the 2030 Winter Olympics the initiative, little by little, is taking on a stir and in various ways.

On the one hand, the proposal has been promoted in the City Council by the municipal group of Valents, who have been supported by Historiadors de Catalunya and Coexistence Cívica Catalana. The formation requested this week, during the plenary session of the Sants-Montjuïc district, the change of name but the issue did not prosper due to the vote against by BComú, ERC, PSC and Junts.

"We are surprised by the vote against the PSC, without taking into account the legacy of Pasqual Maragall," acknowledges Miguel Martínez, councilor for the Valents district in Sants. During the plenary session, he recalled that 'Països Catalans' responds to an "imaginary concept of territories of Catalan language and culture, located on the western shore of the Mediterranean" and considered that the square in question, "located in Sants Station, which connects Barcelona with the rest of Spain, should have a more appropriate name«.

1 An off-duty local police officer prevents a gender-based... 2 The Basque Government authorizes the third degree... 3 Roland-Garros: Rebecca Marino really wanted to be... 4 Giuliano, the highest scoring Simeone 5 Tebas is not "happy" because Rubiales "suffers"... 6 War in Ukraine: Russia claims to have almost completed... 7 Roland-Garros: "I was afraid...", a year... 8 PICTURES. Cannes 2022: the stars make a splash at... 9 Eight months in jail for the owner of the dog Cooper... 10 Bardet, one of the favourites, leaves the Giro sick 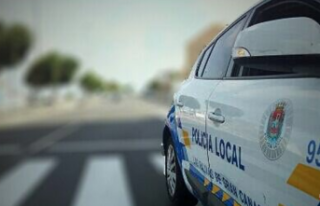