They arrest a man for harassing, persecuting and threatening to cut his ex-partner's neck in Valencia

A 41-year-old man has been arrested in Mislata (Valencia) for harassing, chasing, threatening his ex-partner with cutting his neck and trying to take their daughter from school, according to the National Police. 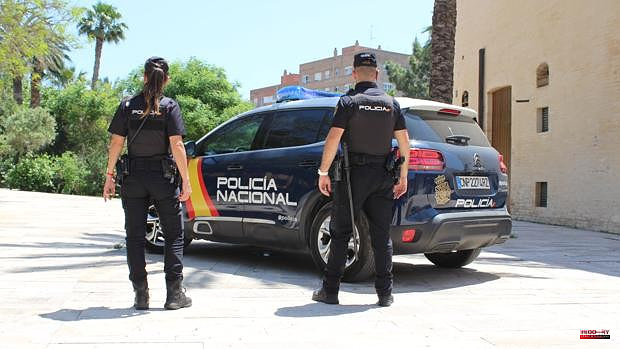 A 41-year-old man has been arrested in Mislata (Valencia) for harassing, chasing, threatening his ex-partner with cutting his neck and trying to take their daughter from school, according to the National Police.

The arrested person is being investigated as the alleged perpetrator of a crime of ill-treatment in the family, committed last Tuesday, around 2:30 p.m., when agents belonging to the Family and Women's Care Unit (UFAM) were alerted by the Room of 091, since a woman stated that her ex-partner had been following her for several days and had threatened to cut her throat as well as, apparently, to cause some harm to their daughter.

The agents contacted the woman to find out how she was doing and her whereabouts, and they found out that she had taken refuge in an office where she was crying and in a "great state of anxiety," according to the police statement.

Two agents and an agent from the Mislata Local Police went to the place where the woman was, accompanied by her mother and eldest son to protect her.

Apparently, moments before, when the woman was leaving a friend's house, she met her ex-partner, who was waiting for her, and who began to insult and threaten her while making the gesture with his hand to cut her throat.

While the agents gathered all the information and found out that the victim's youngest daughter was at school at the time, the woman's mother began to shout that the suspect was on the street in a vehicle. For this reason, an agent kept the woman safe inside the premises with her family while the other two went out in search of the suspect.

The Police then launched a device to locate him and protect the minor, since the man would have threatened to take the girl from school, after having tried previously.

The agents have located the suspect's vehicle parked in the vicinity of the minor's school, and this one in a nearby park, for which reason they have arrested him as the alleged perpetrator of a crime of abuse in the family.

The arrested person, with a police record, has gone to court, which has decreed a ban on communicating and approaching the victim within 800 meters.

1 Zelensky: "In these 100 days, Ukraine has done... 2 Schedule and where to watch the Roland Garros final 3 Alfonso Lozano (Cs) will replace José Calzada (PP)... 4 The drone experience in La Palma will improve protection... 5 The president of the doctors of Castilla y León:... 6 Marta Mathéu: like a wave 7 Florentino Pérez will only be able to accuse Iberdrola... 8 CC.OO. and UGT raise the strike at Correos to the... 9 Like this it has been the injury of Alexander Zverev 10 Checo Pérez's apology after his gap in Monaco 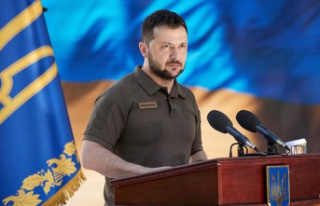