They are able to successfully grow plants in the Moon's soil

The Little Prince was able to grow a rose on an asteroidal surface, and it looks like we'll soon have a garden on the Moon. 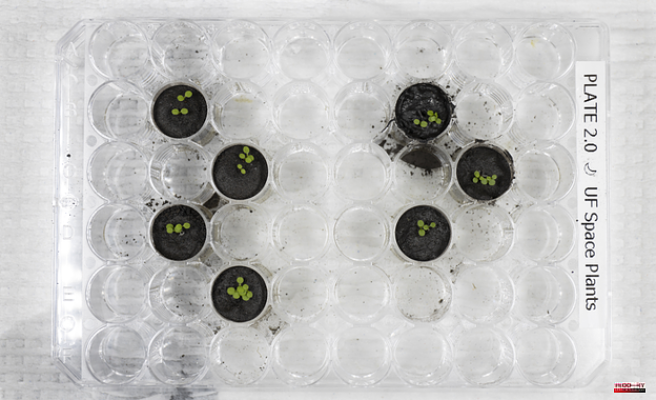 The Little Prince was able to grow a rose on an asteroidal surface, and it looks like we'll soon have a garden on the Moon. Researchers from the University of Florida (UF), have grown plants in the soil of the satellite. This is also known as lunar regolith. It's a completely different environment than the Earth's terrain, which has amazed researchers.

Anna-Lisa Paul and Rob Ferl, the lead authors of this paper, were distinguished professors of horticultural science at the UF Institute of Food and Agricultural Sciences. They knew NASA had lunar soil from the Apollo 11 and 12 missions and wanted to use it for their research. However, it was difficult to obtain it. Over the course of 11 years, three requests were made to the US space agency. They granted 12 grams lunar regolith (approximately 3-4 tablespoons). This minimum amount, along with the historical and scientific significance of the sample, forced scientists into a meticulously planned experiment on a small scale to ensure that they didn't fail.

His tiny lunar garden was made up of thimble-sized "pots" that were placed in plastic plates used for growing cells. Each pot contained about one gram lunar soil. The scientists then moistened the soil with a nutrient solution, and added seeds from the Arabidopsis plants.

This plant species has a unique advantage, which is why it was chosen for the study. Its genetic code has been fully mapped so researchers could see how the lunar regolith impacted the plants' DNA.

The researchers also planted Arabidopsis seeds in JSC-1A, which is a terrestrial substance that simulates lunar soil.

The first shoots began to appear a few days later. We weren't certain if the seeds that were planted in lunar soils would germinate. We were surprised to see that almost all of the seeds grew, which was quite surprising. Paul stated that this confirmed that lunar soils don't disrupt plant germination signals. "We wanted this experiment because we had been asking ourselves for years the question: Could plants grow on lunar soil?" Ferl added that the answer is "yes".

However, plants grown in lunar regolith had different growth rates than those in the control group. Some plants grew slower, were smaller and had more variation in size. These are all signs that the plants were adapting to the lunar soil's chemical and structural composition. This was made even clearer when researchers examined the gene expression patterns.

Rob Ferl and Anna-Lisa Paul look at plates that were filled with lunar soil and control soil. Now, they are growing under LED lights. Scientists didn't know at the time if the seeds would germinate on lunar soil. /UF/IFAS by Tyler Jones

He said that the plants had released the normal tools they use to deal with stressors like salt or metals. Therefore, we can infer that the lunar soil environment is stressful. Paul. Paul.

Researchers believe that the location of the regolith could be a factor in the plant's response to lunar soil. Researchers discovered that plants that were grown in mature lunar soil (which lunar geologists refer to as "mature lunar soil") showed the highest levels of stress. This is because they are more exposed to the cosmic winds, which alters the soil's composition. Plants that grew in less mature soils did better.

The Moon is very, very dry. What will happen to the minerals in lunar soil if a plant grows on them? Is the mineralogy more suitable for plants if it is watered? Stephen Elardo (UF assistant professor in geology), has asked these questions and collaborated on the research. These questions will be answered by follow-up studies.

Paul and Ferl are internationally known experts in studying plants in space. They have conducted experiments in space on the International Space Station (ISS) and suborbital flights through the UF Space Plants Laboratory. This is the first step in growing plants that can be used as food or oxygen on the Moon. It's a significant milestone in space exploration. It also happens at an important moment as NASA's Artemis Program plans on returning humans to the Moon within the next few years.

1 Crew-4 astronauts launch for the International Space... 2 Shara Cortes has been crowned absolute Andalusian... 3 Rudiger, the first reinforcement of European champion... 4 Already, Treasury has returned 5,000,000,000 euros... 5 The Ibex fails to take 8900 with the ballast from... 6 Marin asks Abascal "respect Andalusia",... 7 The controversial tweeter and polyglot born to be... 8 The RTVE Symphony will be opening the thirtieth Guadix... 9 Gemma Capdevila's 'Inheritance,' was... 10 There are ten vaquitas left that could be sufficient... 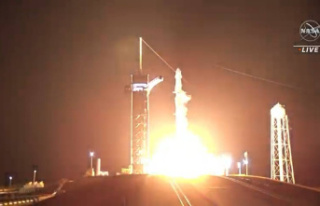