The Criminal Chamber of the Supreme Court has annulled the sentence of seven years in prison that the Provincial Court of León, and later the Superior Court of Justice of Castilla y León, imposed on a man for continued crime of sexual abuse of a woman from 35 years with a mental disability. 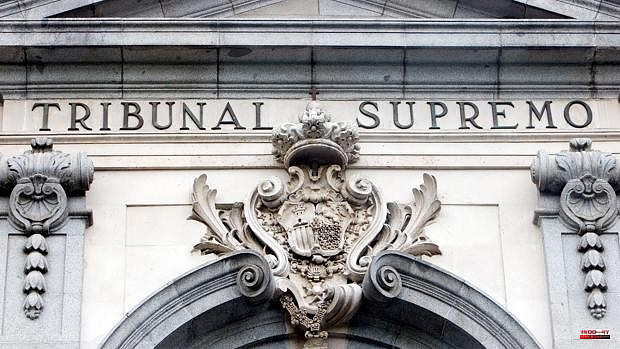 The Criminal Chamber of the Supreme Court has annulled the sentence of seven years in prison that the Provincial Court of León, and later the Superior Court of Justice of Castilla y León, imposed on a man for continued crime of sexual abuse of a woman from 35 years with a mental disability.

The high court considers that the accused should be acquitted because it was "consensual relationships and that they were not stripped, nor an understanding of their significance, nor respect by the accused of the will and sexual freedom expressed by the woman", thus, they developed in a "valid, albeit limited, space of sexual self-determination."

The sentence has been handed down by a court made up of magistrates Manuel Marchena (president), Miguel Colmenero, Andrés Palomo, Pablo Llarena (speaker) and Eduardo de Porres.

The high court recalls in its ruling the United Nations resolution of 1996 and the Convention on the rights of persons with disabilities of 2006, of the same body, ratified by Spain in 2007, as well as in domestic law the General Law on the rights of people with disabilities, where respect for the dignity and non-discrimination of these people is advocated also in relation to their decisions in the sexual sphere, inform sources from the institution.

The chamber applies its doctrine and stresses that for the validity of sexual consent, criminal law does not require a deep knowledge of sexuality, but rather a basic knowledge "and it is also evident that, in a free society that respects the rights of the individual , the sexuality of each subject does not have to be governed by certain moral standards linked to aspects such as love, offspring or monogamy, by reference to the most common, but each subject leads such facet of his personality in a sovereign way in the exercise of their sexual self-determination”.

The Supreme Court indicates that the account of proven facts of the appealed sentence describes that the defendant did not have, nor did he take advantage of, a situation of superiority or authority over the woman, and that the personal relationship between the two arose on the occasion of the work he performed as a laundry operator at the Astorga Residential Center where the woman was staying.

The Supreme Court emphasizes that what must be discerned in these cases is whether the sexual contact maintained by the person with mental disability derives from their own determination or if, on the contrary, it only finds an explanation in the abusive prevalence of the accused who, aware of these limitations , manages to make the encounter a reality that allows him to satisfy his sexual desires.

The accused appealed to the Supreme Court considering that article 182.2 of the Penal Code had been improperly applied to him, which is characterized by the fact that the victim consents and accepts the sexual relationship, although the consent is radically vitiated due to the existence of a significant mental handicap that is projected both on the intellective and volitional faculties of the one who assumes the relationship, preventing him from understanding the nature of the sexual act that he is going to perform or its consequences, as well as depriving him of any possibility of sexual self-determination.

The sentence recalls that the legislator in this matter has sought a balance "between two extreme situations that are equally objectionable: that a person with a cognitive deficit can never have sexual relations with normally imputable persons, since if they did so they would be responsible for a crime of sexual abuse, and that the persons responsible cannot take advantage of the victim's psychological singularity with impunity, disregarding the protection that such persons deserve so that they can exercise their sexual activity with profound respect for their personality.

Applied the doctrine to the specific case, the Chamber points out that the account of the facts of the appealed sentence reflects consensual relationships.

The case states that the woman was 35 years old when the events occurred, that she was sterilized, and that despite her mental handicap, she had social skills that allow her basic performance, taking care of her personal care and food, in addition to being able to leave the center freely. in which he resided.

Regarding the forensic medical expert report, even when she underlines that she is a person who can be manipulated due to her intellectual deficit and that she can be an easy target for people who want to sexually abuse her, "it reflects that her lack does not prevent her from having sufficient information regarding sexual education is concerned, because he knows the possible potential risks and knows that there is a choice when it is proposed to participate in sexual activity. It adds the confirmation of a volitional capacity and indicates that "it does not present any difficulty in expressing its will, since its capacity to communicate is good, and it does not present physical difficulties to protect itself either, so it is deduced that the relations maintained have been consensual and have not supposed no harm to her."

1 A nurse from the Yuncos office suffers verbal aggression... 2 Traffic in the central almond of Madrid falls more... 3 Fifteen localities join the III edition of the Network... 4 Seventh wave of Covid: cases skyrocket in Castilla... 5 The residents of Río Yedra street ask the gates of... 6 Nicola Sturgeon outlines her plan to hold a second... 7 Joe Biden lands in Madrid to participate in the historic... 8 How can Russia's suspension of payments affect... 9 Sakhalin, the strategic and energy 'paradise'... 10 Follow live the Cerundolo - Nadal 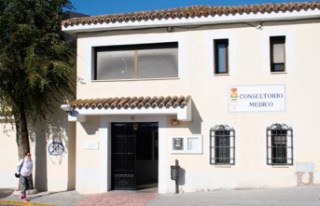 A nurse from the Yuncos office suffers verbal aggression...