The deputy mayor of the city of Toledo, José Pablo Sabrido, attended this Saturday the awards ceremony that is granted each year by the Royal Academy of Fine Arts and Historical Sciences of Toledo in the categories of arts, history, literature, heritage and a new category, accessibility. 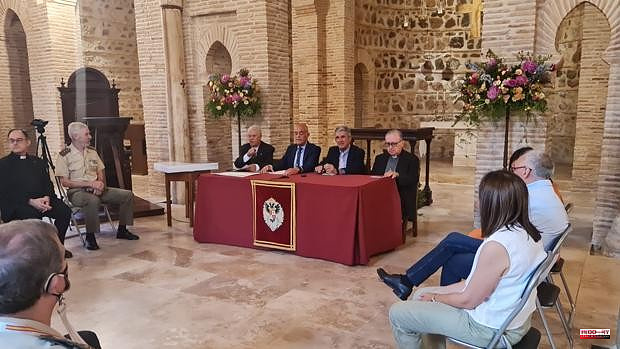 The deputy mayor of the city of Toledo, José Pablo Sabrido, attended this Saturday the awards ceremony that is granted each year by the Royal Academy of Fine Arts and Historical Sciences of Toledo in the categories of arts, history, literature, heritage and a new category, accessibility. The institution directed by Jesús Carrobles has opted for the Church of Santa Úrsula to celebrate this act, being a unique setting recently rehabilitated with amazing findings and enhancement of heritage.

As José Pablo Sabrido has indicated, in addition to congratulating those recognized by the Royal Academy, Toledo has shown for centuries that it is a city for history and art, as well as highlighting the contribution of the Royal Academy and how many academics form the city, a World Heritage Site, and birthplace of Alfonso X el Sabio.

The jury appointed by the Royal Academy for this edition of the annual awards of the institution based on Calle de la Plata has failed to recognize in the category of arts the career and work of Pepita Alía, a native of Lagartera and maintainer of embroidery traditional of this municipality of Toledo. Pepita Alía has to her credit the National Crafts Award from the Royal House of the Netherlands (1961), the Castilla-La Mancha Regional Merit Badge (1996), the region's Artisan Merit Award (2008) and the Fedeto Award for Businesswoman of the Year (2019), she is also a corresponding member of the Royal Academy of Fine Arts and Historical Sciences of Toledo since 1985.

In the history category, the award went to the writer and journalist Enrique Sánchez Lubián, for his research on Toledo in the 19th and 20th centuries. As the jury has contributed, the works of Enrique Sánchez Lubián have deepened the knowledge of political, social and literary references, from Julián Besteiro and Carmen de Burgos to Benito Pérez Galdós and Félix Urabayen, passing through the Toledo of the Second Republic , the black chronicle and the sports history of the city.

Likewise, the literature award went to Jaime García González, corresponding academician for Esquivias. Professor of Primary Education and university expert in Adult Education, he was the founder of the Cervantes Society of Esquivias in 1975 and director of Galatea magazine, as well as a faithful commitment to amateur theater in the province of Toledo.

In terms of heritage, the award went to chef Adolfo Muñoz, a pioneer in the recovery of traditional Toledo cuisine. His cuisine, they have explained, linked since 1979 to the Adolfo Restaurant, has traveled to more than 30 countries and enjoys international recognition for its use of natural and local products.

Within the new category of accessibility, and with the collaboration of the National Hospital for Paraplegics, the Royal Academy has awarded the Army Museum this Saturday. The general director Jesús Arenas has collected the award with which it is recognized that the museum's facilities are adapted for visitors with both physical and sensory disabilities.

1 Some 90,000 people participate in the Pride Barcelona... 2 Mojados dedicates a cultural week to Carlos V 3 Pedro Sánchez: «My Government is beaten by the economic... 4 Warm farewell to teacher Mari Ángeles Delgado Barahona... 5 The singer-songwriter Nicolás Capelo dies at the... 6 Sánchez-Escribano, stripped of the reign of 3,000... 7 Alcázar de San Juan evokes its railway past 8 Barcelona closes an almost perfect season with the... 9 The Royal Family, in the function of the choreographer... 10 Sherry Vinegar, infinite possibilities as a result... 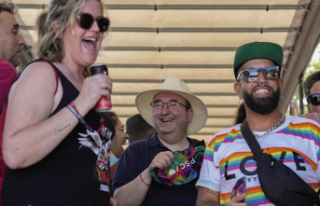 Some 90,000 people participate in the Pride Barcelona...