Finland and Sweden have already set in motion the machinery to enter NATO. 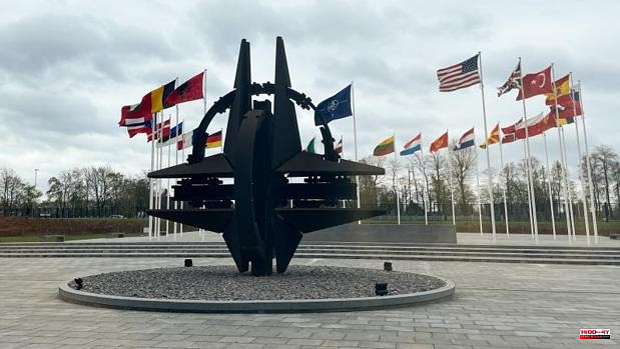 Finland and Sweden have already set in motion the machinery to enter NATO. Sweden signed the application to join on Tuesday, while Finland, which announced its intention to join a day earlier, held a marathon parliamentary session on Monday to ratify the decision.

Currently, 30 countries make up the North Atlantic Treaty Organization, which was born in 1949, in the midst of the Cold War, with the signing of the Washington Treaty. Belgium, Canada, Denmark, France, Iceland, Italy, Luxembourg, the Netherlands, Norway, Portugal, the United Kingdom and the United States then committed to defend each other in the event of a hypothetical attack from the Soviet Union or its allies. Over the years, new countries joined - Spain did so in 1982 - until reaching the current thirty.

As stated in article 10 of the founding text of NATO, any European country "that is in a position to favor the development of the principles of this Treaty and to contribute to the security of the North Atlantic area" can enter under unanimous agreement Of the members.

In this way, any State that is invited can become a Party to the Treaty by depositing the corresponding instrument of accession with the Government of the United States, which will inform the rest.

Precisely at the end of June the NATO summit will be held in Madrid, so it is likely to be then that the invitation to which, for now, Turkey is opposed, will be confirmed. However, both the secretary general, Jens Stoltenberg, and the head of European diplomacy, Josep Borrell, have shown their hope that the discrepancies will finally be overcome and have given their firm support to the entry of these two countries.

This aspect is important because the accession of a new country must be ratified by each one of the members.

NATO also has a program called the Membership Action Plan that serves as advice and monitoring for those countries that have shown their interest in joining the Atlantic Alliance in the future. To this end, individual annual national programs are carried out on their preparations, covering political, economic, defense, resource, security and legal aspects.

This program, according to NATO, helped prepare the seven countries that joined in the second round of post-Cold War enlargement in 2004: Bulgaria, Estonia, Latvia, Lithuania, Romania, Slovakia and Slovenia, as well as Albania and Croatia, which joined in April 2009. Montenegro, which joined this scheme in December 2009, became a member of the Alliance in June 2017. The Republic of North Macedonia, which had been participating in the MAP since 1999, joined NATO in March 2020 - it was the latest addition so far.

Bosnia and Herzegovina is currently participating in the program and has already received some instructions from the Allied Foreign Ministers, who asked the country's authorities to resolve a key issue related to the registration of defense real estate for the state, a fundamental aspect for future integration into NATO.

According to NATO's founding document, the Alliance only intervenes when an already member country is attacked. However, the current context with the war in Ukraine has put the North Atlantic countries on alert due to the threat posed by the Russian invasion.

In the case of Sweden and Finland, which have abandoned neutrality precisely because of Putin's threat, they have received the support of the Nordic countries, which, in a statement, have confirmed their help in the event of an attack: "In the event that the territory of some of these countries suffered an attack before becoming a member, we would help them in every way possible, ”they emphasize.

Yes. Once the Treaty has been more than 20 years old, any state that wishes to leave the Alliance can do so as long as it notifies the US Government one year in advance.

1 World Padel Tour hopes to break all its records in... 2 Demonstration of SOS Talavera on June 12 to request... 3 They investigate two people after intervening a marijuana... 4 À Punt will stream the galas of the Alicante Film... 5 Russia considers peace talks with Ukraine broken 6 Russia announces its withdrawal from the Council of... 7 The price of electricity falls 2.25% this Wednesday,... 8 The GDP of the eurozone rebounded 0.3% in the first... 9 PSG: Messi at Inter Miami in 2023? "It's... 10 Feijóo stresses that Spain "is not a multinational... 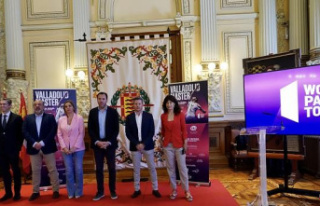 World Padel Tour hopes to break all its records in...