These are the novelties of the “Most Anticipated Corpus”

In the Casa de las Cadenas, a beautiful Mudejar-Plateresque building, closed for years, and which this year will open to the public for the patio competition, the mayor of Toledo, Milagros Tolón, has presented the program for the Big Week of the Corpus Christi that starts this Wednesday afternoon with a conference by Archbishop Francisco Cerro in the Chapter House, while the former deputy mayor, Ángel Felpeto, will deliver the proclamation next Wednesday, June 8. 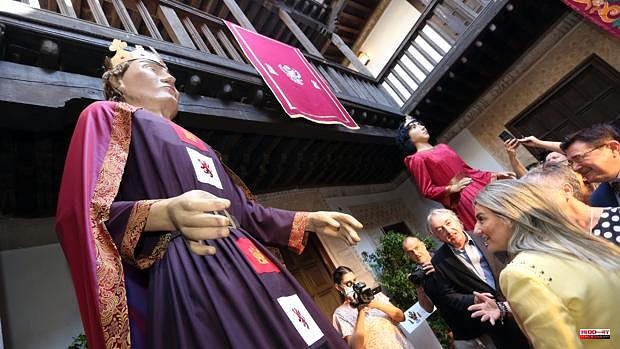 In the Casa de las Cadenas, a beautiful Mudejar-Plateresque building, closed for years, and which this year will open to the public for the patio competition, the mayor of Toledo, Milagros Tolón, has presented the program for the Big Week of the Corpus Christi that starts this Wednesday afternoon with a conference by Archbishop Francisco Cerro in the Chapter House, while the former deputy mayor, Ángel Felpeto, will deliver the proclamation next Wednesday, June 8. More music, more flowers and more concerts to celebrate "the most anticipated Corpus", according to the mayor, who stressed that this program has been designed with the "objective of enhancing this celebration and raising our self-esteem after two years in which we have not been able to celebrate it as we would have liked."

These days, in a city that already smells of Corpus Christi, more than twenty concerts will be held, including those already announced by Leiva or Vanesa Martín, to which Funambulista and Dani Fernández will also join, in addition to numerous novelties, such as the exhibition of the rake of the Puente de Alcántara, a historical element from between the 12th and 13th centuries, where a small representation of the hoisting of the rake will be held on the eve of Corpus Christi to symbolize the opening of the city to visitors during these festivities ».

Milagros Tolón also announced the Tarascas de Honor 2022, which have been awarded this year to the Music Band of the Infantry Academy, the Hospitality of Our Lady of Lourdes, the Brotherhood of San Miguel and the Gardeners' Guild, employees of the Cathedral and the Association of Florists of the province of Toledo.

Among other novelties, Milagros Tolón revealed that for the opening of the processional race «we will have a parade of traditional costumes from the province of Toledo thanks to the collaboration of the Castilian-Manchego Federation of Folklore Associations and we have invited the municipal corporations that They are part of the Network of Alfonsíes Cities and Towns, established in our city in November of last year». That same afternoon, June 13, the Méntrida dancers will go through the processional itinerary.

Regarding the decoration of the processional race, Milagros Tolón pointed out that as a novelty «we are going to dress the Puerta de Bisagra and its parade ground with tapestries, banners and garlands, announcing to the visitor the celebration of our Big Party in the main access to the Casco Histórico”, in addition to installing floral spaces to be photographed in the Plaza de Zocodover and in El Salvador, as a photocall. As a result of the work coordinated with the Association of Florists of the province of Toledo, two vertical gardens will also be installed in San Marcos and five floral pyramids, while the floral decoration, in global terms, will add more than 10,000 fresh flower stems and more than a thousand pots of crimson geranium and petunia, the institutional color of the regional capital.

Some figures of the most important ephemeral floral decoration of how many are mounted in Europe for a specific event are: more than 4,000 linear meters of garland, 2,700 bales of boxwood, 2,000 daisies, 600 gladioli, 800 anthurium, 4,000 carnations, 2,000 roses, 1,500 asparagus plants, 1,000 anastasias, 500 packages of eucalyptus, 200 kilos of petals, 30 cubic meters of thyme for the streets and 2,500 sprigs of thyme for the public. Likewise, the processional route will have more than 2,200 decorative elements, 2,100 linear meters of awning, 102 heritage lanterns, 330 colored banners, 346 hand-embroidered confectioners, among others.

The Courtyard Contest is another of the activities that, as the mayor Milagros Tolón explained, "we want to promote and promote in the coming years." This year a total of 30 patios will participate, where you can enjoy live music, recitals, poetry, exhibitions and other cultural activities. The patios will be able to be visited from June 15 to 18 from 6:00 p.m. to 10:00 p.m. As a novelty, in this activity the figure of the cultural volunteer will be incorporated to receive the visitor, provide information about the event and ensure respect for these heritage environments.

In the musical field, the mayor has broken down the performances scheduled for this Big Week of Corpus Christi, a series of proposals that begin this Saturday afternoon in the pavilion of La Vega Park with the Meeting of Music Bands.

They will also perform in Toledo this Big Funambulist Week, on June 14, in La Vega, a free concert with the collaboration of Cadena Dial; and Dani Fernández, also in La Vega, on June 15, together with Los 40 Pop Corpus Toledo 2022.

On the stage of the Plaza del Ayuntamiento, the public will be able to enjoy an anthology of the Zarzuela, on June 16, with free admission until full capacity is reached; of the Flamenco Festival on Friday the 17th, or the concert-tribute to Luis Miguel on Saturday the 18th, while on Sunday the 19th the Toledo-born Candela and Son will perform.

This year, in addition, the Toledo City Council recovers the Corpus Christi festival with the Panorama Orchestra, on the 16th in La Peraleda; while the little ones have a prominent space in the programming with the children's show 'Coco. The musical', on Sunday 12 at La Peraleda.

The pyrotechnic shows, the royal bombs, the salutes of honour, two bullfights or sports activities with 10 tournaments in different disciplines, are added to the program that can be consulted on the City Council website, at www.toledo.es .

1 A court orders the CIAF to study the alternative investigation... 2 Follow the escalation of monkeypox in the Canary Islands,... 3 Sara Baras, Ara Malikian and Miguel Poveda will go... 4 The imposition of Valencian on a father and teacher:... 5 The Superior School of Dramatic Art of Cuenca takes... 6 Feijóo declares his assets in the Senate: two houses,... 7 They revoke a 10-year sentence for sexual assault... 8 Approved a new decree to improve the Network of Performing... 9 Luis Enrique: "There will be surprises before... 10 Javier Tebas: «The one who is in a plot to eliminate... 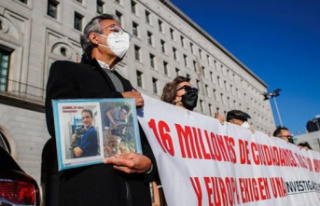 A court orders the CIAF to study the alternative investigation...