These are the five worst shootings in US history

The United States is once again facing a tragedy marked by the use of firearms. 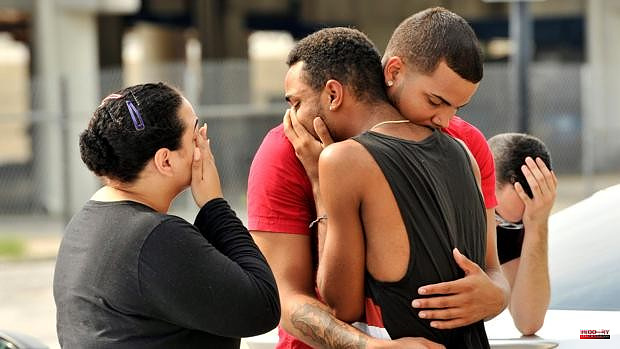 The United States is once again facing a tragedy marked by the use of firearms. The recent massacre that occurred in a school in Uvalde, Texas, has once again set off the alarms of a tragic phenomenon that seems less and less unknown to us: that of the great mass shootings.

The crime of Salvador Ramos, the 18-year-old who has killed 19 children and two adults present at the school, adds to the long list of shootings that have taken place this year in the North American country. In fact, according to the Gun Violence Archive, there have been at least 212 mass shootings in the United States so far, with this latest being added to the Great Buffalo Massacre.

, where an 18-year-old supremacist Payton Gendron killed ten people in a supermarket.

But, apart from this latest attack in the United States, there have been many shootings that have been experienced in this country. These are the five with the most victims in history:

On November 5, 2017, the church in Sutherland Springs, Texas, experienced one of the most remembered mass shootings in the history of the United States.

During one of the masses in this small town near San Antonio, an armed man entered the compound and began shooting. It was around 11:30 a.m., and in his attack, the shooter, 26-year-old Devin Patrick Kelley, killed up to 26 people and injured 20 others.

Kelley, a former soldier on trial for mistreatment of his first wife and stepson, had threatened his new mother-in-law, who used to attend church in Sutherland, although she did not attend that Sunday. He entered the temple equipped with a bulletproof vest and a Ruger AR-556 rifle, although he ended up dying after an intense police chase through Guadalupe County.

For years, the Sandy Hook Elementary School massacre has been one of the deadliest mass shootings in the United States. This school, located in Newtown, Connecticut, experienced the worst moment in its history on December 14, 2012 when, armed with his mother Nancy's rifle (whom he had previously shot), young Adam Lanza, 20, entered the local school and began shooting.

["Run, hide, fight", the advice that students in the United States receive before a shooting]

Among the young man's victims were 20 children, six adults, his own mother and himself, who committed suicide on the spot after committing this mass murder.

For its part, the Virginia Tech massacre has also been one of the great murders in American history. On April 16, 2007, Seung-Hui Cho, a 23-year-old English literature student from South Korea, stormed Virginia Polytechnic Institute and State University, killing more than 33 people.

An attack that was planned for at least as long as Seung-Hui Cho bought two semi-automatic pistols. The attacker, who lived in one of the residence halls on the university campus, was one of the victims who lost his life in the shooting, while at least 29 people were injured.

It is the worst attack on a university in the history of the United States.

The murders that took place at the Pulse nightclub in Orlando (Florida) also went around the world due to their homophobic nature. In this massacre, which took place in a gay place, 49 people died and another 53 were injured.

That night of June 12, 2016, the young Omar Mir Seddique Mateen, 30, burst into this room with a gun in his hand and began shooting at some of those present, mostly of Hispanic origin. The author of the attack, associated with the Islamic State, also died when he was shot by the police.

The message from one of the victims killed in the nightclub, Eddie Jamoldroy Justice, to his mother Mina went around the world. As she called him to find out about her condition, he wrote to her: "She's getting closer, I'm going to die."

But if there has been a shooting that has left its mark in the United States, that was the one that happened in Las Vegas in 2017. On October 18 of that year, around 10:00 p.m., Stephen Paddock shot at the music festival attendees country Route 91 Harvest.

During this attack, carried out during singer Jason Aldean's closing performance, the shooter injured 851 people and killed 59 victims present at the concert from his room on the 32nd floor of the Mandalay Bay Hotel. Following the shooting, Paddock, 64, was found dead by police at the hotel where he was staying.

The large number of injured and deceased has made this tragedy the worst massacre in the United States since September 11, 2001.

1 The best water in the world is born in a spring in... 2 Castilla-La Mancha will "connect" from the... 3 Puig's brother's partner acknowledges to... 4 Schedule and where to watch the Champions League final... 5 The perpetrator of the Texas school massacre barricaded... 6 Democrats will try to make it harder to own guns 7 Castilla y León reports the first suspected case... 8 Alicante Gastronómica promotes the 1st Potato Omelette... 9 The vice president of Castilla y León, 'besieged'... 10 The Diputación transforms Xorret de Catí into a... 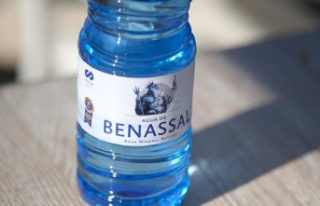 The best water in the world is born in a spring in...