BAGHDAD - Eight months after the national elections, Iraq still does not have a government. 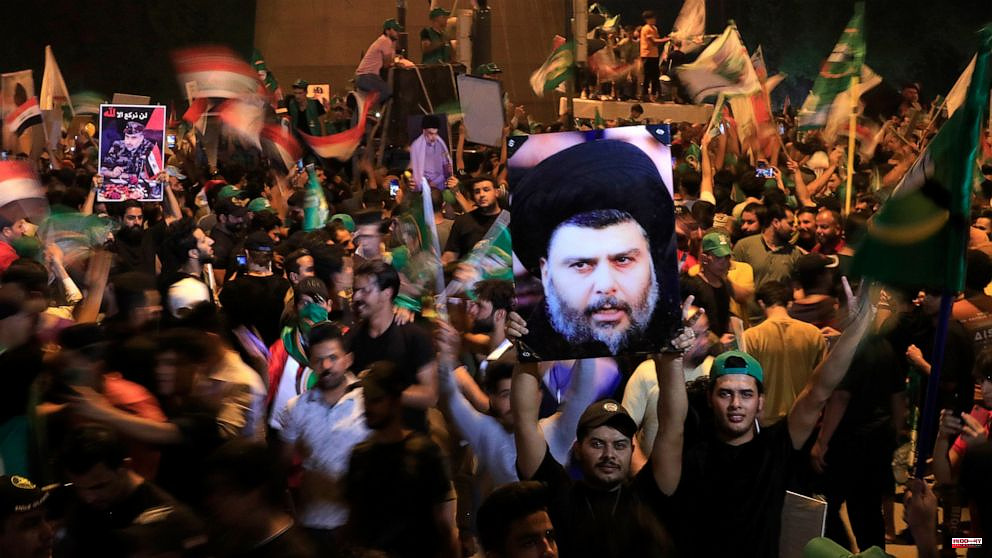 BAGHDAD - Eight months after the national elections, Iraq still does not have a government. There seems to be no way out of this dangerous impasse.

The country is facing increasing challenges as a result of severe drought and war in Ukraine, which has led to a fierce competition for power among political elites.

Everything is delayed for ordinary Iraqis. The caretaker government cannot make critical electricity payments or draw up plans for urgently needed investment before the summer months. While public anger over unemployment, food insecurity and water scarcity are building, investments to improve water infrastructure have been halted.

In response to protests that broke out in the latter part of 2019, which saw thousands gather against corruption, poor services, and unemployment, the election was held several months before expected.

The vote was won by Muqtada Al-Sadr, a powerful Shiite cleric. It also proved to be a defeat for Iran-backed Shiite rivals who lost around two-thirds their seats and rejected the results.

The Shiite rivalry is based on decades-old personal vendettas. Al-Sadr and his Kurdish- and Sunni ally, the Coordination Framework, are on one side and the Coordination Framework on the other. This coalition is led by Iran-backed Shiite parties and their allies. The middle is the Independents, who are themselves divided by rival factions trying to get them to one side or the other.

Sajad Jiyad (based in Iraq) said, "It'sn't about power. It's about survival."

As food prices rise and electricity cuts get worse, anger is rising in Iraq.

After some protestors began to chant anti-government slogans, and then pelting convoys of government officials, Mustafa al-Kadhimi, the caretaker prime minister, was forced to leave Baghdad's funeral of a poet.

Jeanine Hennis–Plasschaert, U.N. Envoy for Iraq, warned Iraqi leaders last month that the streets were about to boil over and that national interests were being "taken to short-sighted considerations over control over resources."

Al-Sadr's party won the most seats in the election but was unable to gather enough legislators to parliament to obtain the two-thirds majority required to elect the next president of Iraq -- an essential step before naming the next prime Minister and choosing a Cabinet.

Al-Sadr has a tripartite alliance that includes Taqadum (a Sunni party headed by Mohammed Halbousi, who was elected parliament speaker back in January) and the Kurdish Democratic Party led by Masoud Barrzani. The bloc wants to form a majority government. This would be the first time since 2003, when a consensus-based power sharing system was established following the invasion of Iraq by the United States.

The government would not include Iran-backed Shiite rivals of Coordination Framework. This includes former Prime Minister Nouri Al-Maliki's State of Law, and the Kurdish Patriotic Union of Kurdistan.

Al-Sadr, a long-time political foe, has built up loyalists in all ministries in order to advance their political agendas. They fear that, if they are in power, the other will use state funds -- including the judiciary and anti-corruption commissions -- to expel rival institutions.

Al-Sadr, Qais al-Khazali and their powerful Iranian-backed militia are part of the Framework alliance. Assassination campaigns against members of their militias in Iraq's Shiite south have been launched.

The current impasse is paradoxically caused by parties shifting away from sectarian-oriented organizations. In the past, Shiite allies would create a united front to negotiate against Sunni or Kurdish blocs. This time, however, the alliances have crossed sectarian boundaries, igniting tensions within each sect.

Many fear violent protests from al-Sadr’s large grassroots following, as well as potential clashes against Iran-backed militias, if there is no agreement.

Al-Sadr, who was clearly frustrated by the situation, made a May 16 speech in which he pledged to never make a deal with his enemies. He also mentioned the capabilities of Saraya Salam's militia, which has recently allowed recruits to be sent to Babylon and Diyala.

Al-Sadr was also upset by the recent Iraqi Supreme Court ruling that prohibited the caretaker government's ability to draft and pass laws. The caretaker government was effectively unable to pass an emergency food bill that would have allowed them to use public money to purchase food and energy from Iran.

Al-Sadr who had originally pushed the bill saw the court's decision to be a move in favor of the Framework. Al-Sadr won a minor victory when Parliament met late Wednesday to pass the food security bill.

Privately, Iraqi militia leaders express concern that the impasse could spark street protests by al-Sadr supporters and lead to violence between them and their rival armed Shiite militias.

In the past, Iraq saw political wrangling between rival groups to choose a new president or prime minister. However, the current impasse in the election of a president is the longest.

Iran has failed to heal the rifts among Shiite rivals this time -- a role that used fall to Qassem Soleimani (the top Iranian general), who was killed by a U.S. drone attack in January 2020. Soleimani's successor, who was supposed to mediate between Shiites, made at least three trips to Iraq.

Iran recently cut 5 million cubic metres of gas exports from Baghdad due to non-payment issues. The Associated Press was told last month by Adel Karim, Iraq's Electricity Minister, that he didn't know how Iraq would pay nearly $1.7 billion in arrears. This was before the heat of the summer.

The independents, parties formed from the 2019 protest movement and winning nine seats in the 329 seat legislature under the Imtidad List, seem to have lost the way. They had pledged to be a formidable opposition force to the demands of protesters in parliament.

Alaa Rikabi (head of the movement) recently had his position frozen after his vote for Halbousi as parliament speaker was rescinded by members. Protesters view Halbousi as complicit with the deaths of protesters during the demonstrations.

Rasoul Al-Saray (Imtidad spokesperson) said that the two Shiite blocs would like to use the independents to "cover their failure to form government."

Some have suggested new elections as an option, seeing the prospects of a consensus government diminishing.

He said, "It's starting at zero and a chance for everyone."

1 June 9: five attractive activities to celebrate Archives... 2 They reject the attempt of the terrorists of Las Ramblas... 3 A 35-year-old woman dies in an attack with a knife... 4 These are the communities in which the young rent... 5 The ECB today opens the door to the new monetary normality 6 French lawmakers promise support for Taiwan during... 7 Berlin driver's 'confused' statements... 8 Ayuso: "If they remove the memory or the history... 9 Discarded the two cases under investigation for monkeypox 10 They organize a collective meeting in Toledo to weave... 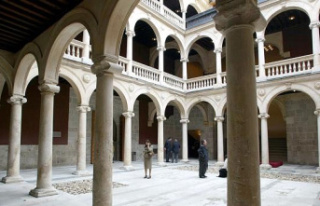