The zarzuela brings joy back to Veranos de la Villa

The 38th edition of Veranos de la Villa, the emblematic festival of the Madrid summer months, recovers the streets of the city for its cultural and leisure offer. 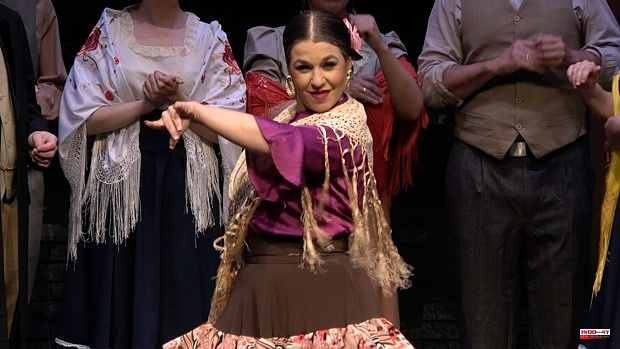 The 38th edition of Veranos de la Villa, the emblematic festival of the Madrid summer months, recovers the streets of the city for its cultural and leisure offer. During the months of July and August, the festival, organized by the Department of Culture, Tourism and Sports, will offer a diverse and participatory program in which both national and international artists will meet. In this purpose of bringing the activities closer to a greater number of spectators, the inauguration of Veranos de la Villa will take place in the renovated Plaza de España on July 5.

In the words of the delegate of the Department of Culture, Tourism and Sports, Andrea Levy, "this new edition of Veranos de la Villa will be very special because part of the program will return to the streets of Madrid, the best space where it could take place ».

Likewise, it highlights the quality and variety as strong points of the activities planned for this year, which will begin at the beginning of July. "We have shows brought from all over the world and we want that, after the worst moments of the pandemic, joy and the desire to enjoy culture in the capital return," added Levy.

The starting signal for the program will be given by 'Lúmen · uma história de amor', a free large-format show, outdoors and for all Madrid residents, performed by the Portuguese company Alcobaça S.A. Puppets-Theater

Summer is closely linked to zarzuela, and especially in Madrid. For this reason, the festival has traditionally been a fundamental promoter of this cultural manifestation; key piece in the dissemination and recovery of our lyrical heritage, where the best compositions by Amadeo Vives, Pablo Sorozábal, Federico Chueca, Ruperto Chapí or Manuel Fernández Caballero have paraded. Thus, in the eclectic program of Veranos de la Villa –with shows of music, dance, theater, circus, magic, cinema or literature, which will be presented on June 17– there is also room for zarzuela with a double program during the month of August.

The Clásicos de la Lírica Theater Company, created in Madrid and with a long tradition, will present a new version of 'La Revoltosa' in a total show where the performance, voices and live music, as well as the scenic setting, will transport the public on a journey through time to Madrid at the beginning of the 20th century. The show, which coincides with the 125th anniversary of its premiere in the capital, can be seen from Thursday 4 to Saturday 6 August (10 p.m., 24 euros) in the Central Courtyard of the Conde Duque Cultural Center. For his part, the tenor and stage director Enrique Viana will review the classics of the genre in '¡Sereno!… Ábreme la Zarzuela. Current farce in one act and two paintings…', on August 19 and 20 (9:30 p.m., 15 euros), at the San Isidro Secondary Education Institute - Claustro del Pozo.

"One more year, the zarzuela, the Spanish lyrical genre par excellence, will be present at Veranos de la Villa," says Ángel Murcia, director of the festival. «Its importance within the Festival's programming goes beyond the relevance of an artistic genre, but rather connects directly with the citizens of Madrid. Far from being oblivious to historical circumstances, zarzuela is a living genre that reflects, in a theatrical and fun way, universal themes that are still current today».

1 Photographic mission through the geography of Madrid... 2 Ayuso leaves sexual development out of the Early Childhood... 3 Victory or trouble in Geneva 4 Noc Brut Rosé 2019: a sparkling transgressor 5 Where to discover flamenco this summer 6 What happened to Las Ketchup? 7 Guatemalan activists try giant screen to clean up... 8 The impact of European funds on the Spanish economy... 9 The OECD warns that the escalation of prices will... 10 North Korea holds major party meeting amid nuclear... 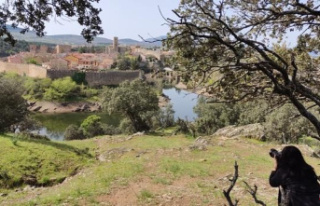 Photographic mission through the geography of Madrid...