The XXVI Tabarca Vela Diputación de Alicante, which will be held from July 7 to 10 in the waters of Alicante, begins a new era within the Spanish ORC Cruise Cup and the Cruise League of the Valencian Community 'Trofeo Generalitat'. 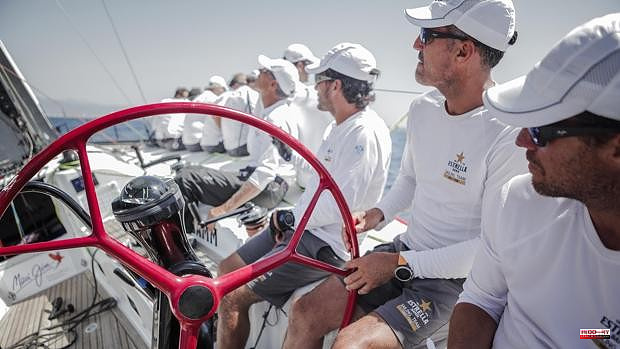 The XXVI Tabarca Vela Diputación de Alicante, which will be held from July 7 to 10 in the waters of Alicante, begins a new era within the Spanish ORC Cruise Cup and the Cruise League of the Valencian Community 'Trofeo Generalitat'. The great novelty will be the inclusion of the Iberdrola Women's Sailing Circuit reserved for the J80 class.

New classes have been included in this year's edition, and a participation of more than fifty boats arriving from different parts of Spain is expected.

Among the teams that have already announced their presence at the XXVI Tabarca Vela Diputación de Alicante is the four-time winner of the Copa del Rey, the Estrella Damm Sailing Team, regularly skippered by the Olympic sailor Luis Martínez Doreste, and which, among others, includes his crew with the world racer Aleix Gelabert and the sailor Gonzalo Infante from Alicante, representing the Real Club Marítimo y Tenis de Punta Umbría; the Plis Play by Vicente García, from the Real Club de Regatas de Alicante or the Nemox-Bnfix by Juan and Pablo Rodríguez, from the Real Club de Regatas de Cartagena. As well as the Dorsia Sailing Team of Núria Sánchez and Natàlia Via-Dufresne in J80.

The ORC classes will have a maximum of five tests, one of which will be a classic regatta with a coastal route to the island of Tabarca, an iconic place that gives the regatta its name. The J80 monotypes will compete on the 8th and 9th in windward-leeward courses.

The president of the Real Club de Regatas de Alicante, Miguel López, explains that: “We are very excited about this 26th edition. After blowing out the sails last year, we have set out to radically change the regatta, and promote much more the social part, but above all bring the competition closer to land” and adds that “in this sense we are betting on new elements in the Village that will allow all the members of our club, and any visitor who spends that weekend through our facilities, to follow the competition at the moment and live”.

Regarding the inclusion of the XXVI Tabarca Vela Diputación de Alicante in the Iberdrola Women's Sailing League circuit, she comments that "we are strongly committed to this project and to women's sailing, as we have been doing for a long time, and that is why we will participate all the season with our RCRATEAM regatta team made up of sailors from our club, and led by our technician Rita López.”

1 Russia bombs more than 40 cities in its offensive... 2 The race against time for brands to sponsor Carlos... 3 Think with your hands, eyes and ears 4 The PSC now conditions the approval of the decree... 5 Feijóo makes his first visit to the region as president... 6 Confirmed the first case of monkeypox in Aragon and... 7 Confirmed in the Basque Country the first two infections... 8 They investigate a nursing home in Puebla de Sanabria... 9 Night schedules of the Valencia Metro and free service... 10 Mercadona bets on the expansion of internet sales... 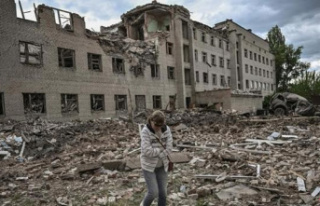 Russia bombs more than 40 cities in its offensive...