Pablo Picasso, although it is perhaps one of his most unnoticed stages, lived for barely five years of his life in La Coruña, when he was a nine-year-old boy. 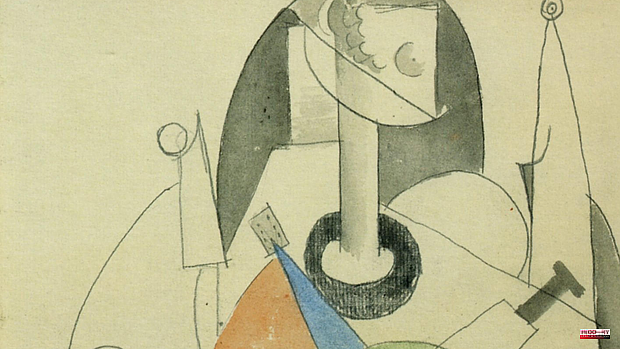 Pablo Picasso, although it is perhaps one of his most unnoticed stages, lived for barely five years of his life in La Coruña, when he was a nine-year-old boy. He spent that time of his childhood attending the Eusebio da Guarda school, near his home, and La Coruña became a crucial place for his artistic development, inspiring many of his later works and paintings. One of them is 'Instruments et musique et compotier sur une table', Picasso's bagpiper. This painting will arrive in Galicia in 2023 to be part of the exhibition 'Picasso, white did not remember blue. La Coruña 2023', which will be held at the Museum of Fine Arts in the city of Hercules as part of the celebration of the 50th anniversary of the death of the essential painter from Malaga, author of Guernica.

The piece belongs to the Belgian foundation FABA, but is currently deposited in the Picasso Museum in Malaga. Thanks to an agreement made official this Wednesday between the Xunta and the Junta de Andalucía, this bagpiper will be able to be exhibited in Galicia next year. In addition, the meeting also advanced in different collaborations with exhibition centers in Andalusia to incorporate other relevant pieces in the artistic career of Picasso, such as oil paintings on canvas, illustrated books or lithographs, currently in the Museo Casa Natal Picasso or in the Museo Provincial of Malaga, among others.

"We will divulge Picasso's Galician stage, perhaps one of the least known within his extensive career, in the most complete way possible, and institutional collaboration is necessary to achieve it", declared the Minister of Education and Culture, Román Rodríguez, after the meeting. That moment of Picasso's childhood was "a fundamental time for the development of his character and style as it coincided with key years of his personal life," he added, "and we know that there are several pieces that demonstrate it in different exhibition centers" .

It was in La Coruña where his artistic ability gained the most strength, and in fact he held his first exhibition in the city: he was only thirteen years old. At that time, his work was far from the Picasso that is known worldwide today, because he painted what he saw: the estuary with the Tower of Hercules in the distance, popular figures from the city, bearded old men... That Picasso It was closer to realism. In addition, he was also publishing caricatures in self-published magazines in the city of Hercules when he was just 13 years old: in those years of his Galician youth, what would later become one of the most important painters in Spain was already beginning to take shape.

1 The Virgen del Remedio park in Alicante is named after... 2 The PP denounces that the Generalitat Valenciana "is... 3 The 'first' Ronaldo completes the Camino... 4 Mónica Oltra and her ex-husband were registered in... 5 Algeria suspends the friendship and cooperation treaty... 6 An "undetected movement on the ground",... 7 Carlos Mazón welcomes the mountaineers from Alicante... 8 Agbar consolidates the General Meeting of Stakeholders... 9 Cope Valencia celebrates the conference 'New... 10 The plenary session of the Diputación de Alicante... 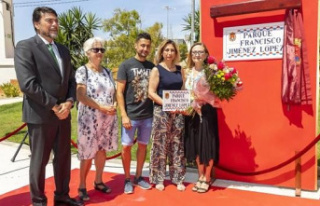 The Virgen del Remedio park in Alicante is named after...