Laura Pausini is the wonderful friend. 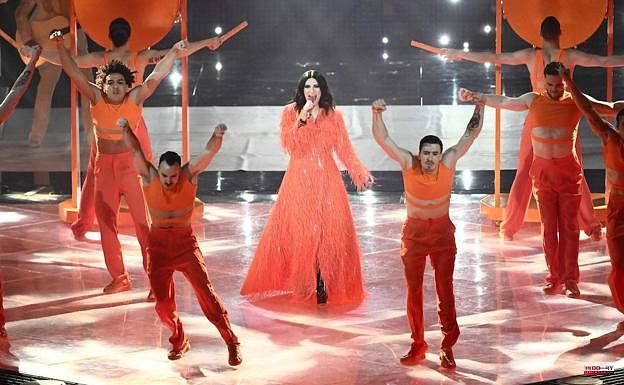 Laura Pausini is the wonderful friend. The wonderful friend from Spain. He would be ashamed that Italy did not give a single point to Spain. She is not Carrá, but she is the closest thing we are going to have in our orphanhood. On Friday I went to the bulls. There was no more emotion than that of the paseo, although Talavante cut off an ear. Bulls without emotion are a kill that has not been thrown. What is surprising is that there was excitement at the Eurovision Song Contest. It's okay that Chanel didn't win, that she would have been second even without the popular vote. She would have won 'guayominí' (hell, French has been lost in the voting). But it was exciting to receive the 12 points from so many countries. Never seen except by those who were in full use of their television faculties in 1968 and 1969. Massiel and Salomé were Zarra's goal for many, when later Spain has won two European Championships and a World Cup. Eurovision was still thorny. Follow. But how good Chanel. I don't know if there is a cultural battle here. But she's done more to win it over with her pop slut than anyone. Was Rigoberta wearing a giant boob on stage? I'm going to pull out a real ass that moves like a lizard's tail. We have taken an ass to Eurovision. And a show according to the festival. RTVE knew what it was doing.

Pausini was heard to say that it could not be that politics won at Eurovision. Nobody is surprised about the Ukraine. The surprise would have been that it did not happen. People like to sing 'La Marseillaise' in 'Casablanca'. The best, apart from Chanel, Pausini and his bit of 'Volare'. Or Gigliola Cinquetti with hers 'I'm not old'. The share? 50.8%. 6.8 million viewers. Then I started reading Wittgenstein. That he naaaa. I listened to Gigliola again.

1 mother of the country 2 The echo of Villabella 3 Mental health 4 don't get caught 5 The CH champion of the Quebec Pee-Wee Tournament 6 Right to decide the past? 7 manly posture 8 New ways 9 The reason of state 10 The PSOE, misplaced 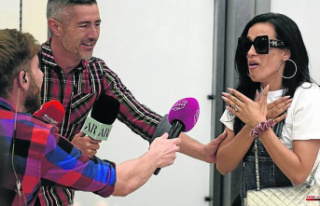 mother of the country