Since the WiZink Center began its activity as one of the Community of Madrid's 'vaccination centers' against the coronavirus, on April 9, 2021, the health workers who worked on the premises have administered more than a million doses of the vaccines. 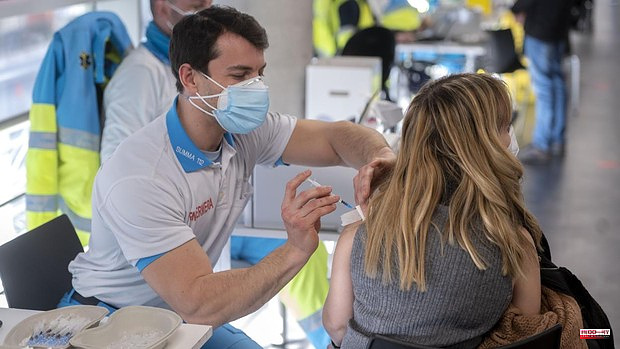 Since the WiZink Center began its activity as one of the Community of Madrid's 'vaccination centers' against the coronavirus, on April 9, 2021, the health workers who worked on the premises have administered more than a million doses of the vaccines. Yesterday, this immunization point said goodbye after fourteen months, in a decision taken by the regional government to reorganize the facilities with the aim of managing the demand for booster doses.

The Summa 112 health personnel who until now were on the premises will continue to carry out the same functions, but from today they will do so at the Isabel Zendal Nursing Hospital. These are 203 professionals, including nurses, health emergency technicians, guards and doctors.

The Ministry of Health, led by Enrique Ruiz Escudero, has thanked everyone for their "collaboration and willingness" to facilitate the inoculation campaign that has been carried out at the WiZink Center throughout this stage without interfering with leisure and sports activities .

Union sources consulted by Europa Press have assured that the Summa colleagues will not return to the service's resources but for now will continue to dedicate themselves to vaccination. Likewise, they will maintain the bonuses they received, but food checks will be eliminated and they must be dressed in pajamas like the rest of the Zendal staff.

From the unions they criticize the decision of the regional Executive and show their "deepest discomfort" due to the changes and the uncertainty that the service is experiencing. UGT has stated that the Summa 112 leadership notified the change only five days in advance.

Workers' Commissions (CC.OO.), Satse and CSIF have joined the public denunciations. Although without success, CC.OO. has demanded that Isabel Díaz Ayuso reverse the "forced transfer" of the professionals, who belong to the staff of the Primary Care Emergency Services (SUAP). They demand immediate reincorporation to their original work centers, "for which the reopening of the SUAPs, which have been closed since the start of the pandemic, is necessary." For them, the transfer order is "a serious irregularity" that could be described as "misuse of power," they say in a statement.

Satse and CSIF describe the measure as "unacceptable" and "unjustified" and also demand that the SUAPs be opened "once and for all". “To the displacement to Zendal, we must add the different abuses suffered by these personnel, such as the transfer to Ifema at the most critical moments of the pandemic or to the Wanda or elWiZink vaccination centers,” they underline.

Citizens will be able to continue getting vaccinated in the 16 public hospitals that were operating until now for this purpose by requesting an appointment. The Zendal will not require a turn reservation. Since immunization began, 93.2% of the population of Madrid over 12 years of age have the complete regimen and 94.6 have the first dose.

1 The EBAU begins: five days of tests and nerves for... 2 Tracks to eat in Las Palmas de Gran Canaria 3 La Pegatina: «During the pandemic we were lucky to... 4 No news of the unicorns in Italy 5 China pushes its global economic ambition to the limit... 6 When Tres Cantos was at the forefront of semiconductors 7 Spain sprints to rejoin the industrial platoon of... 8 US and S. Korea launch missiles at sea to match North's... 9 The new delegation of the Generalitat in Slovenia... 10 Sánchez will explain his pact with Rabat after 82... 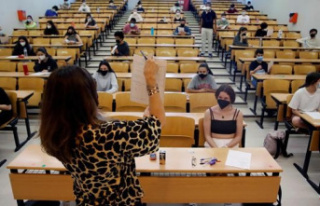 The EBAU begins: five days of tests and nerves for...