While other teams prepare to play the last day of the league with the challenge of avoiding the abyss that relegation entails, Unionistas look to next weekend with fear for their future, although not for qualifying reasons or because of the monetary straits that drown several of its rivals in the First RFEF, the bronze step of football. 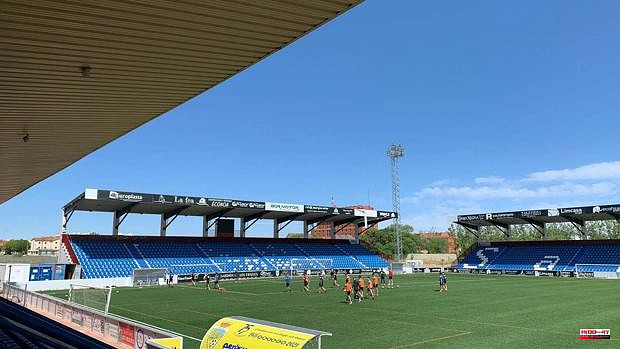 While other teams prepare to play the last day of the league with the challenge of avoiding the abyss that relegation entails, Unionistas look to next weekend with fear for their future, although not for qualifying reasons or because of the monetary straits that drown several of its rivals in the First RFEF, the bronze step of football. One point away from the playoff for promotion to the Second Division and with an economy that allows them to religiously meet the squad on the last day of each month, the Salamanca team, exemplary in management, runs the risk of disappearing through the grass that covers the Reina Sofia, the municipal stadium where they play their matches.

The rules of the Federation competition require that all fields in this category have natural grass for the next season and that of the Charro team's home is artificial.

The directive, which has offered to pay the change of surface (300,000 euros), does not reach an agreement with the City Council and intends to resign en bloc at the extraordinary assembly on Saturday. Without natural grass, the team is guaranteed relegation because the RFEF has warned that it will not grant moratoriums and, what is worse, its continuity would be up in the air, its vice president, Roberto Pescador, warns ABC.

“It is not alarmism, there is a danger of disappearing because an administrative decline would make the club economically and socially unviable. The problem would not be relegation as such, but the inability to be promoted again due to not meeting the requirements, which would destroy the club's social and sponsorship mass", details the leader, who considers that, in these circumstances, it would be difficult Someone take charge of the team.

Unionistas have proposed to the City Council to pay for the installation of natural grass and move the current synthetic turf to a field attached to the stadium so that RS Monterrey youth teams can play there, a club with which it shares the use of the Reina Sofía facilities. The refusal surprises Pescador because Unionistas could not compete in the Second RFEF with the current pitch. «He would have to be replaced by the City Council because he is about to turn 8 years old and would not meet the requirement that the Federation will demand in the Second RFEF starting next year. This type of surface must be less than eight years old », he clarifies.

Unionistas is not the only First RFEF club that now plays on artificial turf. Also San Sebastián de los Reyes, Dux Inter de Madrid, Andorra and Cornellà, but they, in principle, will have help for the change of surface. "We do not even ask that the City Council bear the cost of the change, despite the fact that it is the most common in these cases," says the Salamancan vice president, who does not throw in the towel. «There may still be a solution, but everything depends on the fact that there is political will on the part of the City Council to solve the situation by authorizing the change of grass. And it must arrive without further delay or there would not be time to do it ». Being promoted to the Second Division on the last day would not fix the problem either, because natural grass is also required in professional football. "We are between a rock and a hard place: without changing the grass, the club's viability is seriously compromised by what I have explained," concludes Pescador.

1 The Sphinx in all its states 2 Svetlana Tijanovskaya: "Putin does not respect... 3 The CNESST orders the work to be stopped at Domaine-de-l'Estérel 4 The Coyotes will have to avoid missteps to keep their... 5 Spectrum license: Videotron wins again against Telus 6 ERC gives another notice to the Government and forces... 7 The PP demands explanations for Sánchez's last... 8 The PP stumbles in the territorial debate, its cornerstone,... 9 A dean of the Canadian army dies 10 Half a million euros to arm 300 elite agents of the... 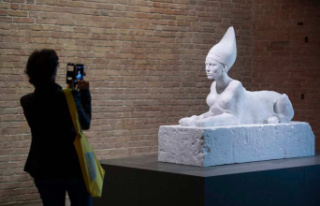