Global Omnium reinforces its commitment to generating sustainable alliances to ensure the protection and preservation of our environment. 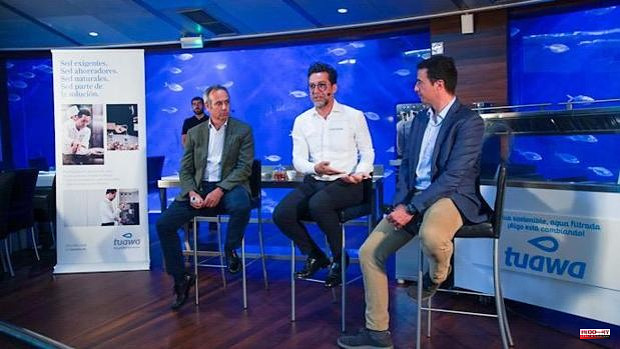 Global Omnium reinforces its commitment to generating sustainable alliances to ensure the protection and preservation of our environment. Water is undoubtedly a strategic engine capable of achieving progress of enormous importance for the future of the planet within the framework of achieving the Sustainable Development Goals.

Currently, 10 million tons of plastics are emitted on our planet each year, the worst pollutant for seas and oceans, and to avoid this, social awareness is essential. The consumption of tap water not only reduces the use of this marial, it also contributes to eliminating the CO2 resulting from its transport and production. So much so, that few people know that to manufacture a half-liter bottle of bottled water, 6 liters of water are needed, which reflects the environmental impact of using this type of packaging.

The company Tuawa, the Global Omnium line to eliminate plastic at the point of consumption using tap water, chef Quique Dacosta and representatives of the restaurant and hotel industry in the Valencian Community have come together to avoid the consumption of 1.2 billion plastic bottles a year.

The chef with three Michelin stars and the Global Omnium corporate have combined technology and experience to implement a well-established consumption model in the European Union (EU) that commits the 33,000 Valencian restaurants to avoid almost 36,500 plastic bottles per year per and avoid the emission into the atmosphere of 17tCO2-eq on average, contributing in a simple and safe way to the reduction of the carbon footprint.

As a whole, if the restaurant sector stopped consuming bottled water, the emission of 590,000tCO-eq of GHG and 7 million liters of water could be saved, thus leading the change towards sustainability in Spain.

So much so that, according to a study by the Barcelona Global Institute, if the entire population decided to consume bottled water, its production would have far-reaching environmental consequences. The aforementioned report calculates a toll of 1.43 natural species lost each year since the impact on natural resources would be 3,500 times greater than that of tap water.

Since the launch of this campaign, Valencian restaurants have already saved 50,000 plastic bottles and 715tCO2-eq.

In the Valencian Community there are currently 33,000 restaurants, bars and cafeterias, in addition to 1,100 hotel establishments, which means that if each establishment replaced plastic bottles, it would avoid the emission of 49 kgCO2-eq per day.

Replacing bottled water with tap water allows a 300% reduction in the carbon footprint derived from the manufacturing, bottling and transport associated with the manufacturing process of the plastic bottle.

1 NASA and ESA successfully predicted the impact point... 2 Jaen FS will meet in Burela to play the 'playoff'... 3 Slowdown in turnover of Spanish companies following... 4 Sanchez gives Spain the opportunity to stop relying... 5 These are the cheapest hours of electricity this Sunday,... 6 Culture can be used to fight depopulation 7 Andres Segovia, flamenco guitarist, music for vihuela... 8 "Kouko" won the 9th Straitchallenge Regatta 9 12.250 million for Spain's microchip design and... 10 Brussels urges debt reduction despite fiscal suspension... 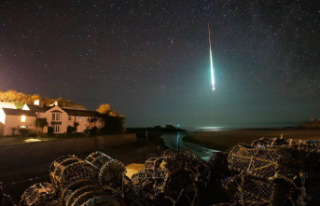