The volcano of La Palma already has a name. 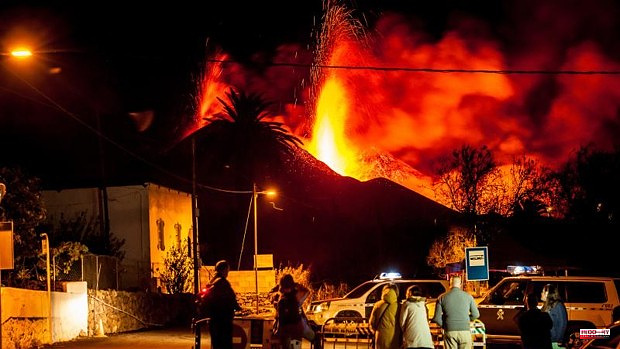 The name 'Volcán Guayota' (which refers to the aboriginal demon related to the volcanic phenomenon) has brought together 3.2% of the votes, followed by 'Volcán de la Misgracia' with 2.5%, 'Volcán Montaña de Tajogaite ' with 1.6% and 'Hoya de las Plantas Volcano' with 0.6%.

This concludes the participatory deliberation process, in whose third phase the public and all related entities and administrations (Government of the Canary Islands, Island Council, town councils, IGN, IGME-CSIC, INVOLCAN) will be informed of the result obtained, with the suggestion that the chosen name be the one that goes on to name the new volcano.

In a first selection phase to choose the ten options that would be put to a vote, 36 participants gathered, including entities on the island and those affected, who went on to a second phase in which 4,283 votes were collected in a process open to all citizens. . Of the voters, 47.9% were from the 'other place' sector, while 23.6% were from the municipalities of La Palma and the rest of the three affected municipalities (16.9% from Los Llanos de Aridane, 9.7% from El Paso and 1.6% from Tazacorte).

Considering only the total number of voters in the affected municipalities, 23.6% of the residents of Los Llanos de Aridane opted for 'Tajogaite', 35.4% of El Paso and 34.3% of Tazacorte.

The first proponent of the platform, as reported by the 'Reviving the Valley' project, was Carlos Cecilio Rodríguez on June 1. The justification for the selected name 'Tajogaite' was drafted by the head of the Heritage section of the Cabildo Palmero and a graduate in Geography and History and a Doctor in Archeology from the University of La Laguna, Felipe Jorge Pais, who noted that "the new volcano could be called , perfectly, Tajogaite since, it burst in the Hoya de Tajogaite (Cabezavaca. El Paso)﻿». This is "a Benahoarite word, which has other variants such as Tagojaite and Taguajaite."

This denomination had already been defended by the palm population since October and by other organizations such as Involcán.

As he has pointed out, in the consulted bibliographic sources no specific data was found on its meaning and the researchers limit themselves to pointing out that it may be the name of a perennial plant, while J. Bethencourt Alfonso points out that, in Tenerife, he explains that «there is the term gaite with the meaning of cake made with fern root flour». The researchers "seem to agree that the toponym Tagoja, present on La Palma in Montaña (volcano) Tagoja and Fuente de Tagoja, are clearly related to Tajogaite" and with a very similar meaning, so, by way of hypothesis, "we It occurs to ask if that plant could not be the fern (Pteridium aquilinum) whose root is used to make gofio and fern buns, which, moreover, are very abundant in the Tajogaite area».

As reported by the historian, director of the Benahoarita Archaeological Museum, «in La Palma, even the volcanoes lose their name and are called mountains or, simply, with the place name of the place where they erupted, hence we propose the name de Tajogaite or Montaña de Tajogaite because it is the place where it was born", because "it does not lend itself to any type of confusion and because, like some of the historical eruptions, it has indigenous roots that can go back more than 2000 years" .

The naming of a new volcano does not have a specific process, since as 'Reviving the Valley' points out, there are no rules that indicate what name it should bear or how to give it. Generally, the name of the place where the eruption begins is given, on other occasions its name is received from the saints (such as the volcano of San Juan, San Martín or San Antonio, in La Palma) or from more generic references.

The last Canarian volcano to receive a name was the submarine volcano of El Hierro, which was called 'Tagoro'. This volcano was born on October 10, 2011 in the underwater depths of La Restinga, with a duration of 5 months (148 days). The name was received several years later, in 2016 at the proposal of the Hydrographic Institute of the Navy (IHM), which regretted that it had not been a participatory process.

In naming a volcano, the document 'Reviving the Valley' points out, it is historically common for it to be named by the local population, by its closest inhabitants, who are the ones who are attributed the greatest recurrence in the use of its name.

From ʻReviving El Valleʼ it was proposed to launch a joint participatory process, from which to propose to the community in general (citizens, scientists, professionals, journalists, etc.) who will make their name proposals for this new volcano. Among those selected, this vote was opened that has finally given its name to the youngest volcano in Spain.

1 Macron is forced to change his government, harassed... 2 The Government fund to rescue SMEs rejected 54 companies... 3 The dilemma of Real Madrid with the future of Pablo... 4 Pedro del Cura leaves the Rivas Mayor's Office... 5 Ferran Adrià enters the 'stoves' of Atapuerca 6 The keys to request the new FP scholarships for families... 7 98.67% of students obtain a place in their educational... 8 The region has in Valdepeñas the largest still wine... 9 The Generalitat believes that the TSJC's response... 10 The Diputación de Soria opens the term to apply for... 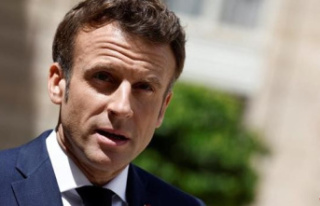 Macron is forced to change his government, harassed...