The time to go down to the Villa de Pitanxo and collect evidence of the causes of the accident that took twenty-one sailors ahead is running out. 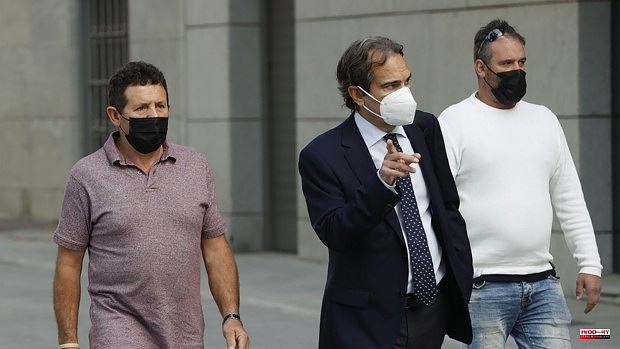 The time to go down to the Villa de Pitanxo and collect evidence of the causes of the accident that took twenty-one sailors ahead is running out. The families know this and the pressure in recent days to force the Spanish government to give its arm to twist and authorize the inspection of the wreck is maximum. Yesterday, and almost in parallel, the Galician Congress and Parliament approved initiatives to urge the Executive of Pedro Sánchez to provide the necessary means to descend the thousand meters that separate the surface of the Newfoundland sea from the keys to the sinking. In Galicia, a non-law proposal was debated that was approved unanimously with the support of the PP, BNG and PSdeG to carry out "an underwater operation that allows the trawler to be located, descend to it and carry out photographic and audiovisual work on its condition, as well as how to recognize their surroundings to verify the location of the bodies of the deceased». In the case of Madrid, the matter to be dealt with was the same and the result too, but with the pick up of the Socialist deputies, who chose to abstain.

"From now until August is the only time of the year when it can be done, after being unfeasible," the spokesperson for Popular Fishing, Joaquín García, reminded Congress, reproaching Pedro Sánchez for his commitment to the families is leaking a hundred days after the accident. Nor did the families of the victims ignore the inconsistency, who described their request as a "petition with the color of humanity and justice" and did not hesitate to throw the stone: "That abstention is unfortunate and very sad for us because this is already beginning to have echoes, there are beginning to be rumors about what interest the socialist party has in not investigating the accident," said its spokesperson, María José De Pazo, in statements to ABC.

The tension between the Government of Spain and the victims, who have not yet been able to meet with the president, will have as its climax the appearance this morning before the media of the Spanish president to talk about the Sahara. "We are going to put ourselves there to, with our presence, ask him to receive us and explain to us what is happening," they advanced yesterday. The relatives of those killed in the Villa de Pitanxo will also occupy the stands of Congress, in a desperate attempt to force a meeting with the president that has been denied them so far. Among their criticisms they highlight that almost four months later the offer of a Norwegian company that makes a robot available to Spain to reach the wreck is still pending. The Xunta would pay for the freight, but the Spanish Government "has not even contacted them to find out the characteristics of the equipment," they disfigure the families. «They are all unanswered questions and the only thing they answer us is that we cannot politicize the matter. That is no way to respond to families who have lost their loved ones, "they lament from Marín.

With the present indignation for the departure to Canadian waters of the oceanographic vessel that the General Secretariat of Fisheries sent with the sole intention of exploring a fishing zone, the families insist on arming themselves with arguments in the face of the judicial investigation. Knowing the sequence of the causes of the shipwreck - even more so after the change in the version of the pattern, investigated for 21 homicides - continues to be a priority for them that, they assume, they do not intend to give up. The nephew is excluded The good news for the relatives of those killed on February 15 was signed yesterday by the judge of the National Court, Ismael Moreno, who admitted for processing a complaint filed by the families against the employer, Juan Padín, and the shipowner, Nores group. They are accused of the alleged crimes of homicide due to serious negligence, against the rights of workers and concealment. Moreno, in an order dated May 31, decided to admit the complaint, but only with respect to Padín and the shipowner. It thus excludes Eduardo Rial, the boss's nephew, because he had already been summoned to testify this Monday in the AN, "without prejudice to what results from the proceedings to be carried out," according to the head of the Central Court of Instruction Number 2 .

With the matter in the hands of the Court temporarily until the Supreme Court decides which is the competent court, more and more threads hang from the investigation of the maritime accident to learn the reality of what happened. To the variation in the story of the skipper, who now speaks of a previous muddying of the ship with which he would justify the version he gave to the sailors of the ship who rescued him, there are also suspicions of mismanagement that was made on board the Covid infections, the lack of survival suits and, as a novelty, the excess crew. On this point, not least, the families of the twenty-one dead denounce that the length of the ship only allowed twenty workers to embark, and not the 24 who were employed in the fishing boat at the time of the accident. The conditions also remain to be clarified. in which the crew members of the Pitanxo work, who since they set sail complained to their families about the cold they had to endure and about the mistreatment by Padín, who came to cut off their Wi-Fi so that they "work more". The complaints, collected in the reports of the Civil Guard, resonated yesterday in the Court when Samuel Kwesi maintained that the last cries of his companions were to warn the boss that if he did not release the rigging he was going to kill them.

1 Uvalde-born Matthew McConaughey blows up at White... 2 Son of Buffalo victim presses Congress: "What... 3 US faces a greater extremist threat going into the... 4 Serrat starts his last trip through Spain 5 Julián Ruiz, the man with a million vinyl records 6 Madrid will spend 50 million this year to renew the... 7 Schedule and where to see the Switzerland-Spain 8 Five reasons to choose threading 9 What does a packet carry? This is the fashionable... 10 Reviews of the albums of the week: Adrián Quesada,... 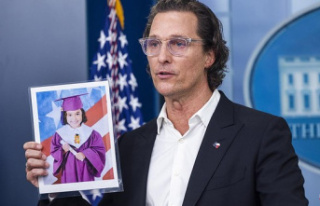