The victim of the alleged gang rape at La Malagueta perceived that the three detainees in this case were going to rape her in turns. 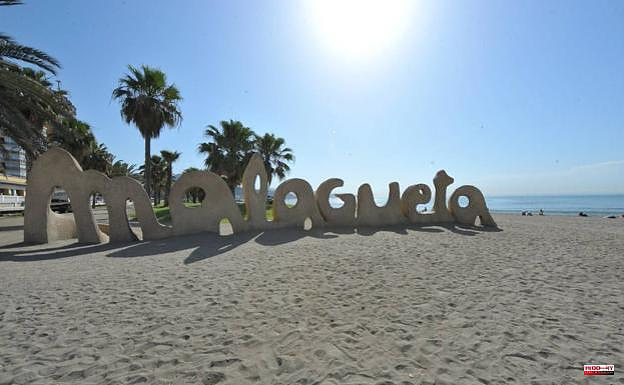 The victim of the alleged gang rape at La Malagueta perceived that the three detainees in this case were going to rape her in turns. She thus assured her during the statement she gave after what happened before the agents of the Family and Women's Care Unit (UFAM) of the Provincial Police Station who are carrying out the investigation.

The night the events occurred, early Monday, May 9, he had gone out for a drink with two friends at a cocktail bar in La Malagueta. She recounted that at one point they left and that she was left there alone, at which point she began to chat with two men of North African appearance. More with one of the two boys, that she told him that she was in Malaga on vacation, where she was going to spend six months.

He made sure that everything was very cordial. That there were no kisses or touching. In addition, he reported that he had not drunk much, about four bottles of beer, but that he was showing symptoms of drunkenness.

The two girls who followed her because they suspected they might do something to her and who notified the police officers who foiled an alleged multiple rape corroborated this version and stated that the victim was very drunk.

The woman indicated that the boy with whom she talked the most asked her to leave the bar, to which she agreed. She told him once on the street to go to the beach, something that the victim assures that she accepted because she thought they were going for a walk.

Once on the beach the problems began. According to her statement, the boy tried to convince her to kiss him, hugging her numerous times without letting her go, while the woman tried to get away from him without success.

She indicated that she insisted that she did not know him at all and that she was not going to kiss him. Then everything happened "very fast". She told police how her attacker lunged at her and knocked her to the sand on the beach. He later claimed that he undressed her from the waist down and began to rape her.

Despite the fact that she tried to escape and insisted that he not do that to her, the boy continued with the sexual assault, as he explained. In this regard, he specified that the man was very tall and corpulent, so he could not escape.

The victim told the national police that he then realized that they were not alone on the beach. Next to them appeared two other boys, who had not been there before. She indicated that they were in a waiting attitude and that it was then that she clearly perceived that they were waiting for her turn to rape her.

The woman insisted to the agents that she had tried to get rid of her aggressor with all her might, but that the rape continued until the national police arrived and acted. It was they who, in addition to frustrating everything from continuing and recovering the victim's bag, arrested the three suspects.

After their arrest, the three arrested -men between the ages of 19 and 31 and of Moroccan origin- were taken to court. According to sources close to the case, the magistrate who was on duty chose to send two of the suspects to prison and release the third provisionally based on the scene that the police found when they arrived at the scene.

The agents surprised one of the detainees red-handed when, apparently, he was sexually forcing the victim, while the second was apparently prepared to do so. Specifically, he was only a few meters away with his pants down and sitting on the victim's bag.

The third of those investigated, although he was in the place near the other two, was not in the same disposition, hence the judge and the prosecutor have considered that his degree of involvement would be less. In addition, it seems that he has no relationship with the other two involved, who are friends or at least acquaintances.

1 The law will include a leave for recovery after an... 2 A map to know what our food is made of 3 Did a woman invent psychoanalysis? Ten pioneers who... 4 Musk asks for proof of the number of fake Twitter... 5 The Council of Ministers will approve the draft Law... 6 Iberdrola closes a 'PPA' with the Australian... 7 Correos Cargo consolidates its route between Madrid... 8 CCOO wins a lawsuit against the Generalitat Valenciana... 9 Santos defends the breaking of the pact with the PSOE... 10 Albert Cavallé, the 'love scammer', on... 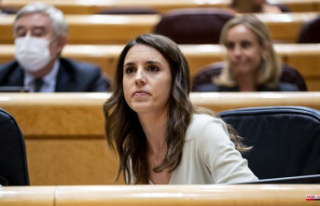 The law will include a leave for recovery after an...