The vice president of Castilla y León, 'besieged' for his way of addressing a socialist with a disability 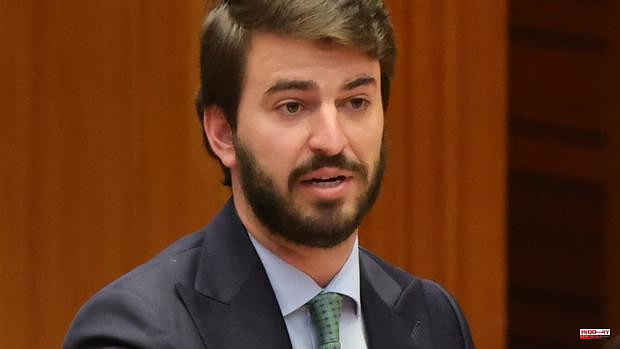 "Look, Mrs. Frutos, I'm not going to treat you with any condescension and I'm going to respond to your lack of respect as if you were a person like everyone else." With this phrase, the vice president of the Junta de Castilla y León, Juan García-Gallardo (Vox) responded to the socialist Noelia Frutos during a plenary session of the Cortes de Castilla y León. An affirmation with which he started his reply to the PSOE prosecutor, who moves in a wheelchair due to his disability and who asked García-Gallardo in parliamentary headquarters about how he believed that women with disabilities should be treated. The interpellation came after previous statements by the number two of the Castilian and Leonese Executive in which, faced with criticism for the lack of parity of his Government, he rejected the quota system because in his party "they do not treat women as disabled". With these precedents and some more, after Gallardo's appearance in the Commission, it was foreseeable that the first ordinary plenary session of the regional Parliament would be tense, full of insults and disqualifications and with a shock wave that was difficult to control.

The allusions of the number two of the Government of Alfonso Fernández Mañueco have provoked a barrage of harsh criticism. From the Government, with Vice President Nadia Calviño and Minister Félix Bolaños, who criticized his words, to left-wing parties, but also from associations of people with disabilities and even in the ranks of the PP. In fact, the former vice president of the Board, José Antonio de Santiago-Juárez, has even said that Gallardo's words make him "nauseous". Alberto Núñez Feijóo himself, although without going into the matter in depth, has described the controversial words as “very surprising”.

And meanwhile, the protagonist has explained again this Wednesday, as he did on Tuesday after the plenary session, that «what I said, before his request that he not treat her with paternalism, is that he was going to treat her like any other person without condescension." In addition, he has assured that the "controversy was preconceived by the PSOE and that is why Mrs. Frutos' intervention was plagued with disrespect towards Vox." "The PSOE - he added - wants to turn the Cortes into a circus and we are going to ensure that this does not happen". In addition, he has downplayed the fact that these situations could crack the PP-Vox pact in Castilla y León. "There is a strong united and stable government and there is no problem."

The president of the Junta, Alfonso Fernández Mañueco, has made a similar statement, who in the corridors of the regional Parliament has limited himself to pointing out that "I support the Government of Castilla y León, that is why I am the president."

For her part, the aforementioned, Noelia Frutos, has regretted that she has not received an apology from Vox or the PP for a situation that she described as "brutal and very unpleasant", while she has wondered what circus Vox is talking about, if he refers to "centuries ago, when people with disabilities were used to make circuses". "Well, I don't know if he's fixing it much," she concluded.

Also the associations of people with disabilities, such as Aspaym, Cermi or Cocemfe have lamented the words of García-Gallardo, considering that he treats them in a "humiliating way and as second-class citizens."

1 The Diputación transforms Xorret de Catí into a... 2 Vizcaya Metal Unions threaten to take to the streets... 3 Alfredo, the rehabilitated former drug addict and... 4 Buitrago defeats the mountain and Carapaz does not... 5 The writer Stephen King and other great personalities... 6 Carlos Mazón announces legal actions if the closure... 7 Eleven new FP cycles and 5 specialization courses... 8 The Canary Islands double their positives for monkeypox... 9 The Diputación de Orense desmarcates itself from... 10 About 300 schoolchildren participate in the educational... 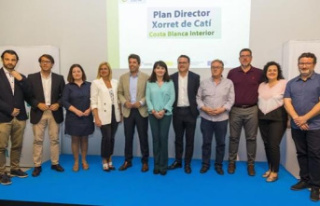 The Diputación transforms Xorret de Catí into a...