Valladolid has rediscovered itself with books. 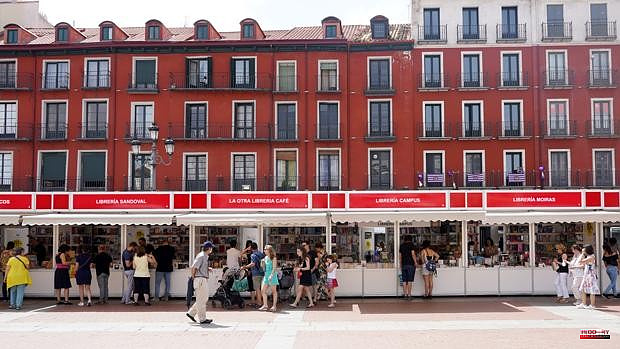 Valladolid has rediscovered itself with books. The recovery of absolute normality at the Valladolid Book Fair, after two editions without a break but with limitations due to the pandemic, has received a "great response" from the public in both the cultural and commercial aspects.

The tribute to Difácil on the occasion of its 25 years of experience as an independent publishing house from Valladolid has put the finishing touch to the 55th Edition of the Valladolid Book Fair with the presence of a large number of authors, readers and friends of the publisher, César Sanz.

"The valuation is very positive. People have turned and it has been noted that citizens are willing to participate in all the activities organized by the fair", said the Councilor for Culture and Tourism, Ana Redondo, who has placed the emphasis on the participation of the younger public .

«We have seen with great pleasure not only an active participation of the consolidated reader, but also many families with children and adolescents, who have turned to a particularly varied program specially designed for them. It is a commitment to the future because they will be the public at the next book fairs », he highlighted.

The president of the Guild of Booksellers of Valladolid, Miguel Ángel Hernández, agrees with this assessment. «This year I would highlight the presence of children and young people, it has been especially significant, both in activities and when it comes to selling. The illustrated album and children's books have been very well received, as has fantastic literature », he indicated.

Just as in other years there are one or two books that are the most in demand, this time Valladolid booksellers have not seen a preference for a majority title. “Sales have been very mixed, with no writer standing out from the rest. In general it has gone well and expectations have been met. We are very satisfied”, Hernández summarized.

In her analysis, Ana Redondo also recalled the successful selection of Ireland: "We are going to continue to maintain the guest country because it generates the internationalization of the fair that interests us", she underlined. A growing trend has been the presence of local authors who have signed their works in the booths of the bookstores themselves and also of the publishers, also with a good response from the public.

1 Top hobby, team in the pit 2 Spain - Czech Republic live: Luis Enrique makes nine... 3 The heat wave will keep temperatures elevated at least... 4 The young man drowned in Navacerrada did not know... 5 A man dies in an accident in Cobreros (Zamora) and... 6 Fallin' Ángels at the InterContinental hotel:... 7 Minimum agreement between Republicans and Democrats... 8 Legislative in France: technical tie between Macron... 9 Jordan Díaz's stratospheric Spanish record in... 10 Impasse forces lawmakers from Iraq's largest... 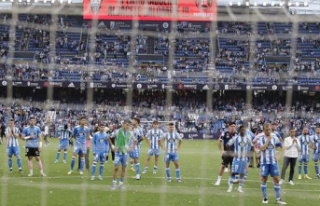 Top hobby, team in the pit