The Cabriel River, located in the Valencian town of Venta del Moro, has been chosen as one of the six best descents for rafting in all of Spain, according to users of the specialized portal Aladinia. 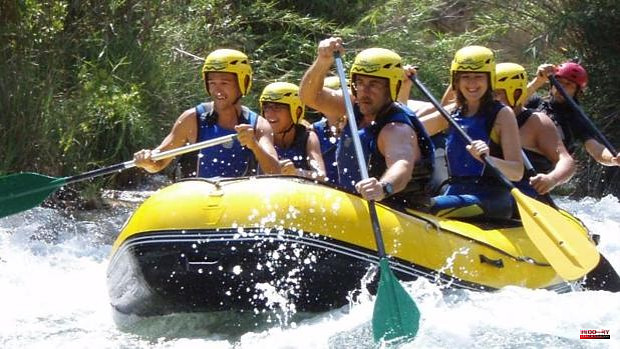 The Cabriel River, located in the Valencian town of Venta del Moro, has been chosen as one of the six best descents for rafting in all of Spain, according to users of the specialized portal Aladinia.com, assessing the speed, waves and difficulty of the route , in addition to the services offered by the organizing companies

Rafting, considered a team sport where the raft's crew row and direct their weight in a coordinated way to navigate the rapids and stay afloat, is the star modality of adventure water sports.

This beautiful natural enclave allows you to descend through the rough waters of the Cabriel River in a pneumatic boat guided only by oars. The most practiced route has a section of eight kilometers, although it also has another called Rafting de luxe, which suggests a different way of going down the river, spending the whole day with family and friends.

No rush and enjoying each section and each rapid. It is recommended to do it at midday so as not to meet the rest of the companies that work on this section. In addition, it offers the possibility of eating mid-course on the banks of the river, before regaining strength to descend the best of the section, with a total of twelve kilometers.

In this last section you can practice snorkeling, taking advantage of the clean waters of the Cabriel River, in a small canyon. With fantastic underwater images that will make the descent a real delight.

Summer is the best time to practice sports related to water, and among them canyoning and rafting are the most popular, in fact, as Alidinia has been able to verify, the reserve for this type of activities has increased eighty per wind so far this year.

It is a relatively recent modality in Spain, which began to become popular in the mid-1980s and has various places throughout the entire geography to be able to practice it. They are usually carried out in sections of between 10 and 35 kilometers and each raft carries a maximum of 10 "rowers". The rivers and sections in which it is practiced have a rating from 1 to 7, depending on the degree of difficulty, although this may vary depending on the time of year in which it is practiced.

No special physical conditions are required, but the presence of a monitor who acts as a helmsman and is in charge of giving instructions to the rest is essential. It is not a dangerous sport but you have to take precautions.

1 The TSJ returns the investigation against Mónica... 2 Complaint of the Education unions for the lack of... 3 The number of women who decide to rehabilitate themselves... 4 Princess Leonor and Infanta Sofía continue their... 5 The enigmatic funerary piece to Doña Mayor Guillén... 6 Mónica Oltra personally offered her successor the... 7 The EU maintains the blockade on Polish funds because... 8 Barça announces its first signing: Franck Kessié 9 Carlota Casiraghi's coral manicure is perfect... 10 German leader meets with unions and employers to combat... 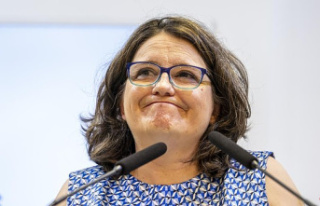 The TSJ returns the investigation against Mónica...