It is not the first time that the debate on prostitution is on the table in Spain, but it is new that a law to prohibit it begins to be processed in the Congress of Deputies. 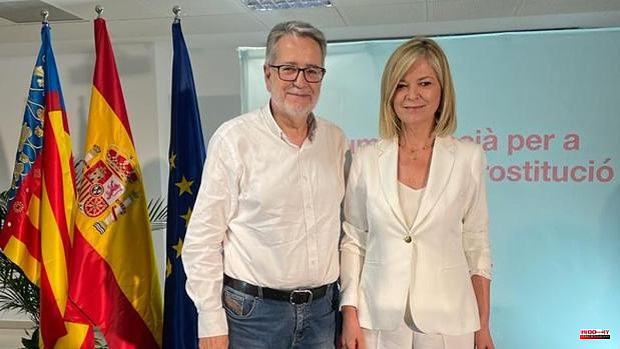 It is not the first time that the debate on prostitution is on the table in Spain, but it is new that a law to prohibit it begins to be processed in the Congress of Deputies. However, the way in which this issue is addressed has brought out differences between the parliamentary groups.

A political discussion that has also been transferred to the Valencian Community, where it is estimated that between 10,000 and 13,000 women are in a situation of prostitution, while one in five men of legal age admits that they have paid for sex at some point in their lives, according to a study of the Generalitat.

Compromís calls for cases of trafficking and exploitation to be separated from those of sex workers who freely engage in it, for whom it requests rights.

For their part, the socialists of Ximo Puig understand that any form of prostitution should be abolished. The intermediate point seems to have been found in the city of Valencia, where the same government partners have agreed to charge the punters and offer help to the victims.

In this intersection of arguments, one of the practical cases whose results will be analyzed will be that of one of the pioneer municipalities at the national level in the fight against prostitution. The town of Albal approved, in September of last year, modifying its coexistence ordinance to toughen the punishment towards whoremongers and free prostituted women from any sanction.

The murder of the young Florina, who disappeared in the municipality in 2021, made the municipality council react to an event that was not the first time that it had dismayed its around 16,600 neighbors. In 2004, another young woman, Ivana, had been found dead with a shot to the chest in the same place. Her murders were, in the words of the mayor of Albal, Ramón Marí (PSPV), "a threat to democracy."

For this reason, from the municipal corporation and unanimously -a consensus that seems difficult at the national level-, they decided to limit the peripheral and industrial areas in which the exchange of sex for money usually takes place, mostly in vehicles and with women of foreign nationality.

The City Council approved increasing the fines for johns and pimps up to 800 euros and exempting victims of exploitation, who were also punished until then in the regulations. Now, after several months in force, they have doubled their bet, with a new reform: depending on the seriousness of the facts, the amount that offenders must pay could increase up to 3,000 euros.

In this way, it is aligned with the proposal that the Ministry of Justice -directed by the socialist Gabriela Bravo- is promoting among the municipalities. In addition, the regional department wants to modify the Valencian Shows Law to sanction up to 30,000 euros to premises where prostitution is practiced.

In the same way, Albal prohibited disclosing advertising that promotes sexual exploitation - the cards that are placed in cars, for example - and punishes him with 350 euros.

To date, the pioneer town already has 28 fines for johns. In just one month, between February and March, five men were sanctioned after a reinforcement of police surveillance in the "black spots". In fact, in the first sanctioning file for the consumption of sexual services on public roads that was opened, it was the whoremonger himself who gave himself away: he wanted to report the prostituted woman to the Local Police because he had charged her thirty euros without satisfying her needs. her.

"We are leading the fight against trafficking in women and girls and in the fight to eradicate gender-based violence with very slow results, but without failing," explained the mayor at the time. Advances that are beginning to bear fruit on a small scale. Now, the ball is in the court of the Lower House.

1 A worker was injured after a cylinder exploded in... 2 Ultimatum from Hablemos Español to the Valencian... 3 'Ofimovil Palencia' begins to tour the province... 4 The Mossos finalize their restructuring: changes in... 5 Confirmed the sanction of 5,000 euros to the Valladolid... 6 MIR doctors from Castilla-La Mancha will have 4-year... 7 Cryptocurrency platform Criptan obtains recognition... 8 Concern grows over the confrontation between the two... 9 Man arrested for throwing woman onto New York subway... 10 The president of Paradores: «Tourism must understand... 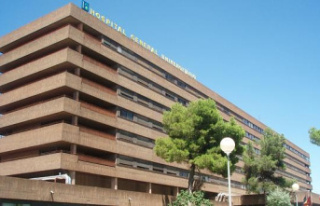 A worker was injured after a cylinder exploded in...