The Valencia City Council renews the subsidy of 25,000 euros to the organizers of the parade of the Magas Republicanas

The Valencia City Council will approve this Friday at the Local Government Board the renewal of the agreement with the entity El Micalet, organizer of the parade of the Republican Queens Magas and in whose last edition Compromís councilors participated, for which they receive an annual subsidy of €25,000. 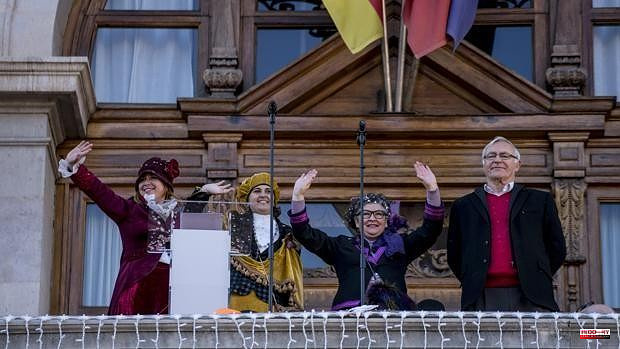 The Valencia City Council will approve this Friday at the Local Government Board the renewal of the agreement with the entity El Micalet, organizer of the parade of the Republican Queens Magas and in whose last edition Compromís councilors participated, for which they receive an annual subsidy of €25,000.

The deputy spokeswoman for the Popular Party, María José Ferrer San Segundo, stated this Thursday that “once again the Government of Compromís and PSPV-PSOE once again demonstrate that they are a sectarian government and a constant support for the Catalanist entities of the city of Valencia to which they have watered with nearly a million euros in aid, most of them hand-picked".

The Popular Municipal Group has again demanded the Government of Ribó to stop subsidizing entities that defend the entelechy of the "Catalan countries".

"It is an insult to our signs of identity that public institutions are paying and subsidizing this type of entity that does not believe in our identity and pursue objectives contrary to the Constitution with the money of all Valencians," said Ferrer San Second.

In this sense, he has denounced that since they came to the mayor's office, Compromís and PSPV have given about one million euros to these entities. In addition, the Strategic Plan of Subsidies of the City of Valencia provides grants, in addition to the Micalet, other grants to Escola Valenciana, Plataforma por la Llengua - self-proclaimed "NGO of Catalan" - and the Xarxa d'Entitats del País Valencià.

“We are going to demand that once again no aid be granted to Catalan entities in the budgets. We did it last year and Compromís and PSPV did not want to rectify it, and we are going to claim it again because we cannot consent to more illegal proclamations and interference with our autonomy paid for by Valencians," said San Segundo.

The Popular Municipal Group has also denounced that Ribó is awarding the Valencian courses to Acció Cultural del País Valencià for more than 40,000 euros, "when it is obvious that this entity defends Catalan."

Likewise, it details that the magazine edited by Eliseu Climent, protagonist of the controversy of the Central Market tweet, also receives public money from the Municipal Council

On the other hand, the spokesman for Ciudadanos in the Valencia City Council, Fernando Giner, has asked the mayor to immediately paralyze the 25,000-euro subsidy that he intends to approve for the Societat Coral El Micalet. In this sense, the spokesman for the liberal formation has described as "embarrassing" the project that the entity has delivered to "cover the file", and thus be able to pocket the money.

"It only has two pages and the only thing that materializes is that they receive at their headquarters well-known political entities in the world of pan-Catalanism and independence," he explained. "Forward, the Left Bloc and the Sovereignist are some of them. Also the Observatori Ciutadà contra la Corrupció, which is an association owned by Acció Cultural del País Valencià, or the Plataforma per la Llengua del País Valencià, which is responsible for spying on and persecuting both in Catalonia and in Valencia anyone who does not know express in Catalan or Valencian in schools and shops ", he has argued.

"The only real purpose of this subsidy instigated by Ribó is to continue inflating the account in favor of entities that support his pan-Catalan project," lamented the Ciudadanos spokesman. Thus, he has announced that he will bring before the Anti-Fraud Agency these subsidies granted to the Societat Coral El Micalet. «We believe that the approval of the justification for last year's subsidy failed to comply with at least one of the requirements of the agreement signed by the City Council with El Micalet, and we informed the Government of this in an appeal that dismissed us. Thus, we have no choice but to take it to Anti-fraud to investigate, if appropriate, this decision, "he continued in this regard.

In addition, Giner has added: «According to the information that our municipal group has, during the year 2021 the Societat Coral El Micalet received more than 135,000 euros of public money, including subsidies from the Valencia City Council, the Generalitat Valenciana, the Diputación of Valencia and the University of Valencia. All this relationship should have been included in the justification of the expenses, something that does not appear in the file and that therefore Citizens will contribute to the complaint in Antifraud ».

Finally, Giner explained that among the expenses that Ribó admitted as justification were 12,600 euros in payments to a company linked to a former regional deputy of Podemos, 7,600 euros in payroll, 314 in a gold medal, internet expenses with the Telecommunications operator of Catalonia or the celebration of the Queens Magas.

1 The regional government finalizes a Dual Sectoral... 2 Talavera and the Provincial Firefighters Consortium... 3 Anti-corruption requires Calviño the aid received... 4 Escrivá saves the public pension fund with almost... 5 The Rolex Giraglia begins in Saint-Tropez 6 Historical lesson of the Belgrade Partizan to its... 7 The European Sailing Brotherhood presents the Oceanic... 8 Karius says goodbye to the goal of his nightmares 9 Llop responds six months later to the reinforcements... 10 Good perfume in a small bottle 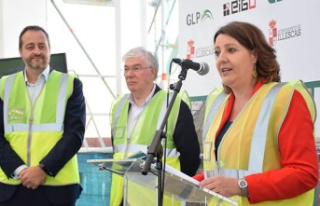