Neither the promotion of the language through education, nor the awareness campaigns, nor the requirement of linguistic profiles in the Administration seem to have been effective in increasing the use of Basque in the streets of the Basque Country. 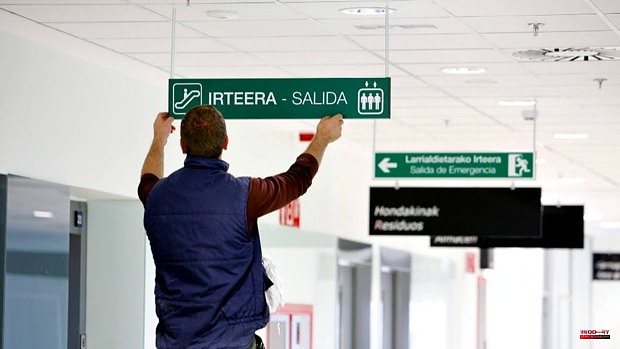 Currently, only one in eight people use the regional language in their social interactions. It hardly represents an increase of 1.8%.

In other words, 75.8% of Basques choose to express themselves in Spanish while only 12.6% do so in Basque. The data even represents a slight setback compared to 2006, when according to this group the use of this language in the street reached 13.7%.

To reach these conclusions, the cluster distributed 336 "professional meters" for a month and a half to 145 municipalities in the Basque Country, Navarra and the French Basque Country. His mission has been to observe "discreetly" the conversations that the neighbors had on the street. In total, 215,396 conversations of 603,497 interlocutors have been observed "guaranteeing adequate representation".

The authors of the report acknowledge that the "growing trend" that was recorded in all sociolinguistic areas stagnated in 2006 and that since then "a downward trend" has been observed. They place this fluctuation "within the margin of error" of the study, although they warn that, "in the last five years", they have verified a clear decrease in the use of Basque in areas that have traditionally been more Basque-speaking.

Faced with this situation, those responsible for the cluster warn of the need to apply "adaptations and innovations" to initiatives to promote the language which, in their opinion, require "deep reinforcement". They set the "universalization of knowledge of Basque" as a medium-term objective and propose "strengthening ties with currents of thought such as feminism or environmentalism" as movements that demonstrate "capacity for activation and social transformation."

And it is that, the eighth report carried out by this group has revealed the differences that continue to exist in the use of the Basque language both by age and by territory. Thus, children under 15 are the ones who most express themselves in Basque in their daily lives. 19.3% use the Basque language, a figure that, however, is still very far from the percentage of students who study in immersive linguistic models, which are more than 80% of the total. The same occurs in the age group of young people between 15 and 24 years old, where only 12.5% ​​use the Basque language in the street despite the fact that it is the language of schooling for the vast majority of adolescents.

By province, Guipúzcoa continues to be the province where it is spoken the most, with 31%. It is followed by Vizcaya, where 9% use the regional language, and Álava is at the bottom, where the presence of the Basque language is below 6%. The researchers acknowledge that, despite the fact that knowledge of the language has increased in all age groups, "there are many" people who, even though they know Basque, "do better in Spanish or French." It also recognizes that the majority of children and young people "have Basque as a second language" and are "more competent" in Spanish.

1 They transfer to the hospital a 15-year-old run over... 2 Burgos businessman José Antolín, founder and honorary... 3 The father of the only survivor of the Uvalde massacre:... 4 The Federation works with World Sailing, the CSD and... 5 Toledo and Guadalajara will open almost a hundred... 6 They hid 215 kilos of cocaine in sacks of white sugar,... 7 pride! Barcelona returns to the streets with the intention... 8 “It is aberrant that a person with PF treats me”:... 9 Four vehicles burned in the Señoría de Illescas... 10 Iberaval returns to the path of growth despite the... 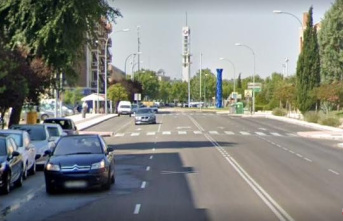 They transfer to the hospital a 15-year-old run over...