The fact that the United States has removed ETA from its list of foreign terrorist organizations "doesn't change anything" for practical purposes about this country's commitment to persecute ETA members with pending cases and prevent them from entering US territory, among other measures. 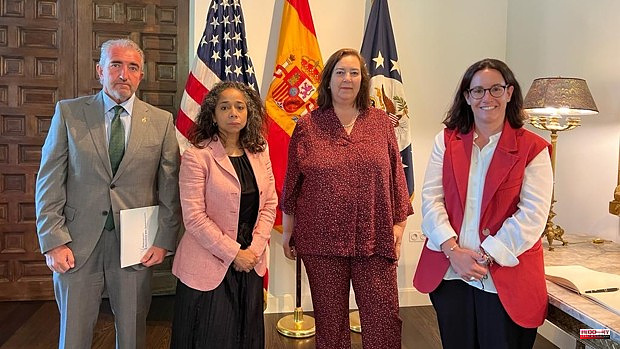 The fact that the United States has removed ETA from its list of foreign terrorist organizations "doesn't change anything" for practical purposes about this country's commitment to persecute ETA members with pending cases and prevent them from entering US territory, among other measures. .

This has been guaranteed by the United States ambassador to Spain, Julissa Reynosso, to the delegation of the Association of Victims of Terrorism (AVT) with whom she met this Wednesday. The meeting takes place after AVT itself sent a letter to the US ambassador after learning last May that this country had removed ETA from its list of Foreign Terrorist Organizations (FTO).

The group chaired by Maite Araluce reminded Reynosso in that letter that there are "more than 300 unsolved murders" by ETA and dozens of ETA members with pending cases with the Justice who remain on the run outside of Spain.

According to AVT itself, Julissa Reynosso has explained to them that US legislation obliges the State Department (equivalent to the Ministry of Foreign Affairs) to update that FTO registry every five years depending on the circumstances of each of these terrorist organizations.

The US understands that, four years after announcing its definitive dissolution as a terrorist group, ETA and other similar organizations around the world "are no longer involved" in activities of this type and neither do they have the "capacity or intention" to do so. In that case, the US Immigration and Nationality Act (INA) requires them to be removed from that list of the most active or dangerous terrorist groups.

However, the AVT affirms that it is a "purely bureaucratic procedure" according to what Reynosso has transferred to them during the meeting, since their country will continue to persecute ETA members with pending cases with the Justice and they will not be able to enter or fly over the US airspace. In addition, as its State Department has already reported, ETA and those other organizations that are now off that FTO list will continue to be considered by the United States as "specially designated terrorist entities."

The AVT therefore concludes that "for practical purposes, this does not really change anything" regarding the treatment of the US towards the ETA members, for which it thanks its ambassador in Spain for the meeting they have held today "to explain this matter and reassure us".

1 Perelló Tomato Fair 2022: dates, times and full program... 2 The Agriculture Casino of Valencia hosts the exhibition... 3 Vázquez is confident that the average delay for an... 4 San Martin de Valvení (Valladolid) offers canoeing... 5 Primavera Sound 2022: This is the special public transport... 6 Youth Rental Voucher in Valencia: when can it be requested... 7 Delgado once again elects the candidate who knocked... 8 Rebound in arrivals on the Canarian Route: 217 migrants... 9 The German Government calls on the population to stockpile... 10 Consumption announces that Spain will have "a... 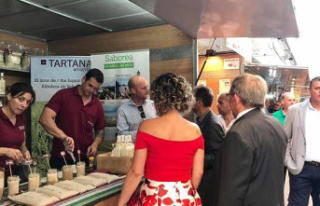